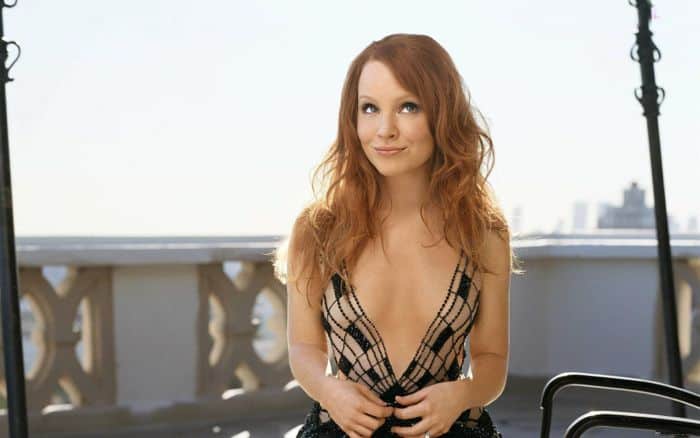 Ambrose will play Debbie a dedicated follower of evangelist Ted Billingham (Costabile).  She spends most of her time looking after fellow disciple 13-year-old Josh (Zen McGrath), but when Josh suddenly disappears, Debbie begins to question the beliefs and choices that have led her to this isolated place.

Ambrose most recently starred in “Sleepwalk with Me,” which premiered at the Sundance Film Festival. Additional film credits include “About Sunny,” which garnered Ambrose an Independent Spirit Award nomination for Best Female Performance, “Wanderlust,” “The Other Woman,” “Cold Souls,” “A Dog Year,” “Starting Out in the Evening” and “Diggers.”  Ambrose won the OutFest L.A. Grand Jury Award for Outstanding Actress for her lead performance in “Swimming” and “Psycho Beach Party.”  In television, Ambrose recently had a recurring roles on “Law & Order: SVU” and “Torchwood: Miracle Day.”  Additionally, she appeared in “The Return of Jezebel James.”   Ambrose is perhaps best known for her critically acclaimed role on “Six Feet Under” as Claire Fisher, for which she received two Emmy nominations for Outstanding Supporting Actress in a Drama Series.  She was the voice of KW in “Where the Wild Things Are.”  Ambrose made her Broadway debut in the Tony Award-winning “Awake and Sing!” and appeared in “Exit the King” and “Buried Child.”  Ambrose is repped by UTA, Kipperman Management and Sloane Offer Weber and Dern, LLP.

DIG centers around Peter Connelly, an FBI agent currently stationed in Jerusalem who, while investigating the murder of an American archeologist uncovers a conspiracy 2,000 years in the making.

DIG, from Universal Cable Productions (UCP) and developed by Keshet, in association with executive producers Gail Berman (“Buffy the Vampire Slayer”) of Tecumseh Productions along with Gene Stein and Tim Kring (“Heroes”) and Gideon Raff (“Homeland”), will shoot in Jerusalem.  The six episode event series will premiere this fall on USA Network.