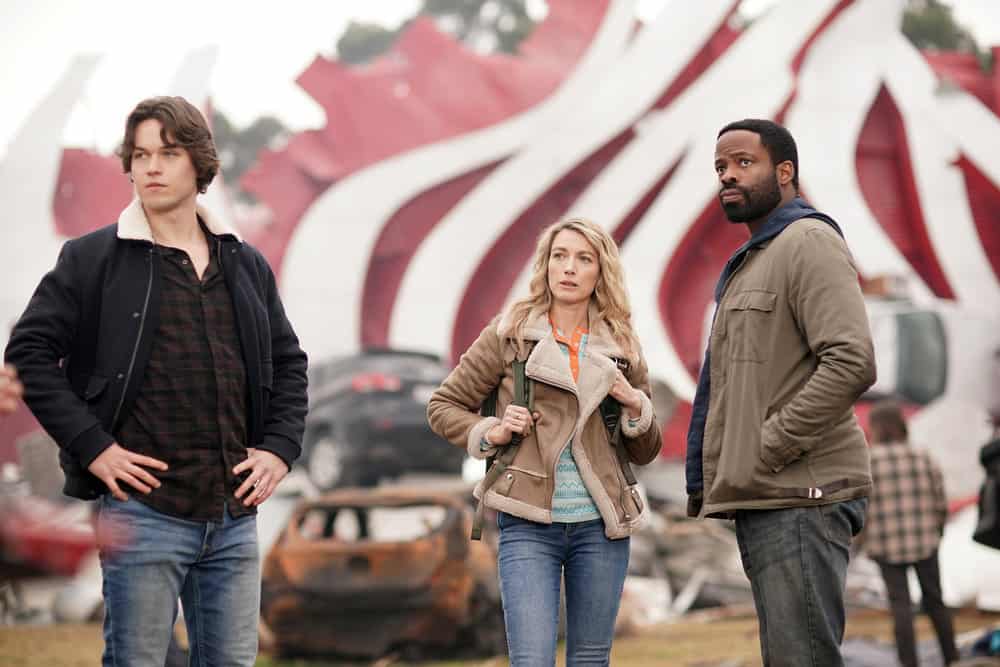 LA BREA Season 1 Episode 4 Photos The New Arrival – 10/19/2021 (09:00PM – 10:01PM) (Tuesday) : The sight of a crashing plane spreads a wave of unexpected hope through the clearing as Eve and the other survivors search for its fallen pilot. Gavin and Izzy seek help from an unlikely source after the government permanently suspends their mission into the sinkhole. s01e04 1×04 1.04 s1e4