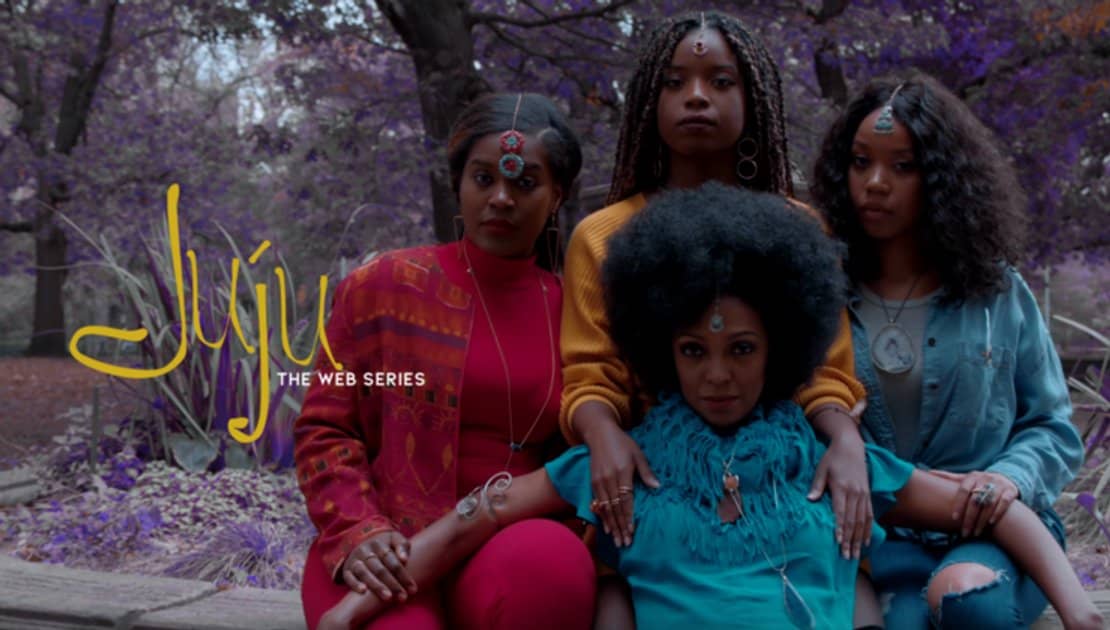 kweliTV, the ad-free SVOD service for global independent Black cinema, has released their October 2020 slate of new titles. New releases showcase the broad variety of kweliTV’s offerings, from moving documentary COMPANY TOWN to story collection HOOPS AFRICA: UBUNTU MATTERS on the past, present and future of basketball in Africato the first season of sci-fi web series JUJU. Additionally, PC Mag named kweliTV as one of its “Best Movie Streaming Services for 2020” – one of the only independent, Black-owned services to make the list alongside industry heavyweights.

kweliTV has also announced that the service is available for Cox TV customers to stream on Contour and Contour Stream Player. To explore and watch, customers can use the Contour guide or say “kweli” or “kweliTV” into their Cox voice remote.

“We’re delighted to be working with Cox,” said DeShuna Spencer, Founder & CEO of kweliTV. “This distribution partnership exposes our more than 300 filmmakers to an even larger audience seeking more diverse programming.”

kweliTV has also launched a partnership with Figgers Wireless, the nation’s largest Black-owned carrier. All Figgers customers can receive 25% off a kweliTV subscription, plus Figgers is offering a matching 25% off all of Figgers phones, TVs, F-Buds, speakers, or the first month of the Unlimited Plan for kweliTV subscribers. Learn more and take advantage of the deal at: https://www.kweli.tv/pages/partnerships

“We felt the timing and synergy was perfect for this partnership and we are very excited to introduce our state of the art services and products to kweliTV consumers,” said Germain Bebe, COO of Figgers Wireless.

“We’re excited to be doing this partnership,” added Spencer. “At a time when supporting black lives and black businesses have taken center stage in recent months, having two black-owned brands come together is monumental.”

Founded by journalist, filmmaker and entrepreneur DeShuna Spencer, kweliTV’s diverse slate of films, series, documentaries and children’s programming showcases the rich history and diverse culture of the global Black community with new award-winning and film festival-vetted films and documentaries added the first of every month.

AGWE: In this animated short, on a utopic Caribbean island inhabited by the survivors of a slave shipwreck, a young priestess must overcome her insecurities, defy tradition and step into her power to save her people from impending danger.

ALL SKINFOLK AIN’T KINFOLK: After a contentious race, the runoff for mayor of New Orleans came down to two candidates: Desirée Charbonnet and LaToya Cantrell, two very different black women. The winner of this election would take office as the first female mayor of New Orleans and the city’s fourth black mayor. Through news footage, campaign advertisements and archival audio and video, All Skinfolk Ain’t Kinfolk is the unprecedented story of this mayoral runoff told through the eyes of black women living in this city.

ANBESSA: A boy caught between the ancient and the new navigates modernization on his own terms. By becoming a lion (anbessa) he can fight back against the forces outside of his control.

COMPANY TOWN: One man goes up against one of the nation’s largest paper mill and chemical plants, owned by billionaire brothers Charles Koch and David Koch of Koch Industries, in a bid to save his town from sickness-causing pollution.

HOOPS AFRICA: UBUNTU MATTERS: A collection of stories that celebrates the past, present, and future of basketball in Africa, spotlighting the sport’s impact on society and its development on the continent. From the dreams of a young Zimbabwean player to honoring the NBA legends who paved the way before him, this film journeys through the growth of the game in Africa. Centering on basketball nonprofit Hoops 4 Hope in South Africa and Zimbabwe, this documentary uncovers the role the African philosophy of Ubuntu played in the Boston Celtics’ 2008 NBA Championship season and also documents the historic 2015 NBA Africa Game. Featuring Hakeem Olajuwon, Dikembe Mutombo, Adam Silver, Luol Deng, Luc Mbah a Moute, Chris Paul, Doc Rivers, Paul Pierce, and many more NBA greats.

JUJU (Season 1): After a mysterious visit from their ancestor reveals they are witches, an eclectic trio of lifelong friends must balance their magical powers and gifts with the millennial qualms of career woes, romantic entanglements, and identity, while evil looms over their heads.

MARCH OF THE MOKOS: March of the Mokos, centers on Glen “Dragon” DeSouza, “King of the Moko Jumbies,” and the head of a cultural stilt-walking group, Keylemanjahro. Not only does he help to revive the artform in Trinidad and Tobago, but his talent and teaching of the craft inspires youth, encourages other groups which have emerged across the country and attracts students from across the globe.

MEMPHIS MAJIC: Weaves dance and history to portray a relevant reflection of modern culture. The brainchild of Emmy-nominated director and Memphis native, Eddie Bailey, the film takes a look at the city through the lens of a 30-year old Memphis-born street dance called Jookin’. Featuring street dance superstar Lil Buck, MEMPHIS MAJIC seamlessly connects urban dance, Hip-Hop, politics, and history to reveal how one of America’s most important cities was built. It is a universal story that gets to the heart of the city’s rich culture, history, race relations and socioeconomic barriers.

NORE DAVIS: YOU GUYS ARE DOPE: Comedian Nore Davis brings down the house in his fresh new stand-up special, as he shares his take on social media dependence, being in love, and the hard truths of protesting, all with some a little help from his New York comedy crew. Watch the trailer HERE.

‘TIL DEATH: After killing his wife, a man learns he will be haunted by her unforgiving ghost for the rest of his life. Watch the trailer HERE.

WE ARE THANKFUL: A young man from a South African township dreams of being an actor and does all he can to make his dreams a reality when a film production comes to a nearby town.

WHITE FACE: New York actor Charles Rodger hates his Black skin and all the hardship that comes with it. Feeling trapped by his race, Charles believes he has found the solution to his problems – change his appearance to embody ‘Whiteness’ – erase all that he has ever been and join the group he believes he should be a part of. But is this ever possible?

About kweliTV:
kweliTV allows you to discover and celebrate black stories through curated indie films, documentaries, web series, kids’ shows, news and live experiences from around the world-North America, Africa, Latin America, Europe and the Caribbean. “Kweli” means “truth” in Swahili. Our mission is to curate content that is a true reflection of the global black experience. Ninety-eight percent of kweliTV’s films have been official selections at film festivals and more than 65% are award-winning. kweliTV providing more than 250 indie filmmakers of color across the globe a space to showcase and make money off of their content once they have finished their film festival run. For more information, visit: www.kweli.tv.

About DeShuna Spencer:
DeShuna Elisa Spencer is the Founder & CEO of kweliTV. She’s a former radio host and producer of emPower Hour, a show that examined social justice issues affecting people of color, on Washington, DC’s 89.3 FM WPFW. She is a Halcyon Incubator Fellow, a Voqal Fellow and a Google NexGen Policy Leader. Spencer was first place winner of the 2017 Harvard Business School African Business Conference Pitch Competition. In 2019, the Digital Diversity Network named Spencer the Innovation & Inclusion Social Entrepreneur of the Year. She’s an advisory board member of Full Color Future and the Multicultural Media Correspondents Association.