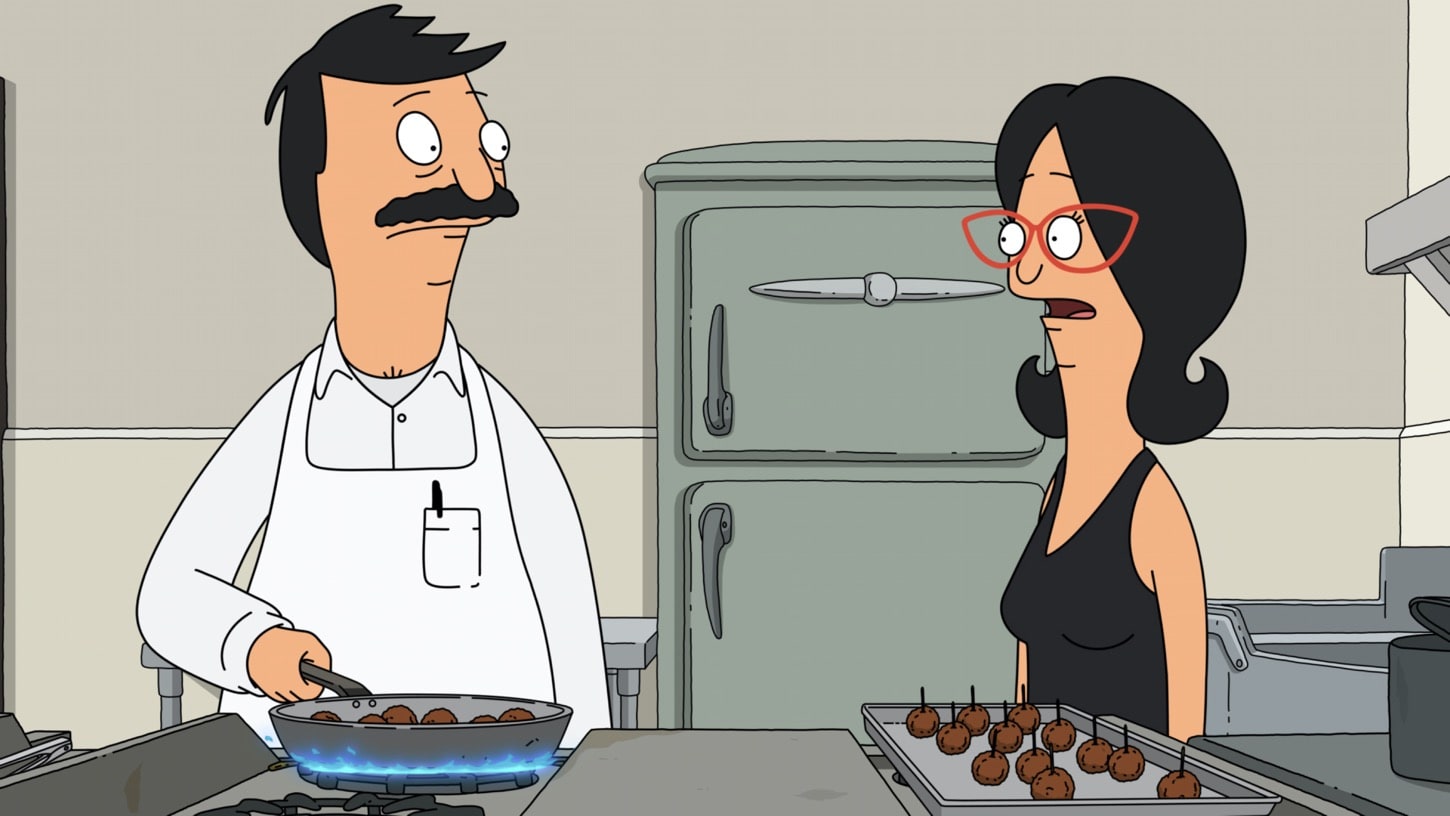 BOB’S BURGERS Season 11 Episode 3 Photos Copa-Bob-bana – Bob agrees to be the temporary chef at the Fischoeders’ new nightclub. Meanwhile, the kids get a hold of a stock tank and decide to throw a pool party in the restaurant basement in the all-new “Copa-Bob-bana” episode of BOB’S BURGERS airing Sunday, Oct. 11 (9:00-9:30 PM ET/PT) on FOX. (BOB-1002) (TV-PG D, L, V)