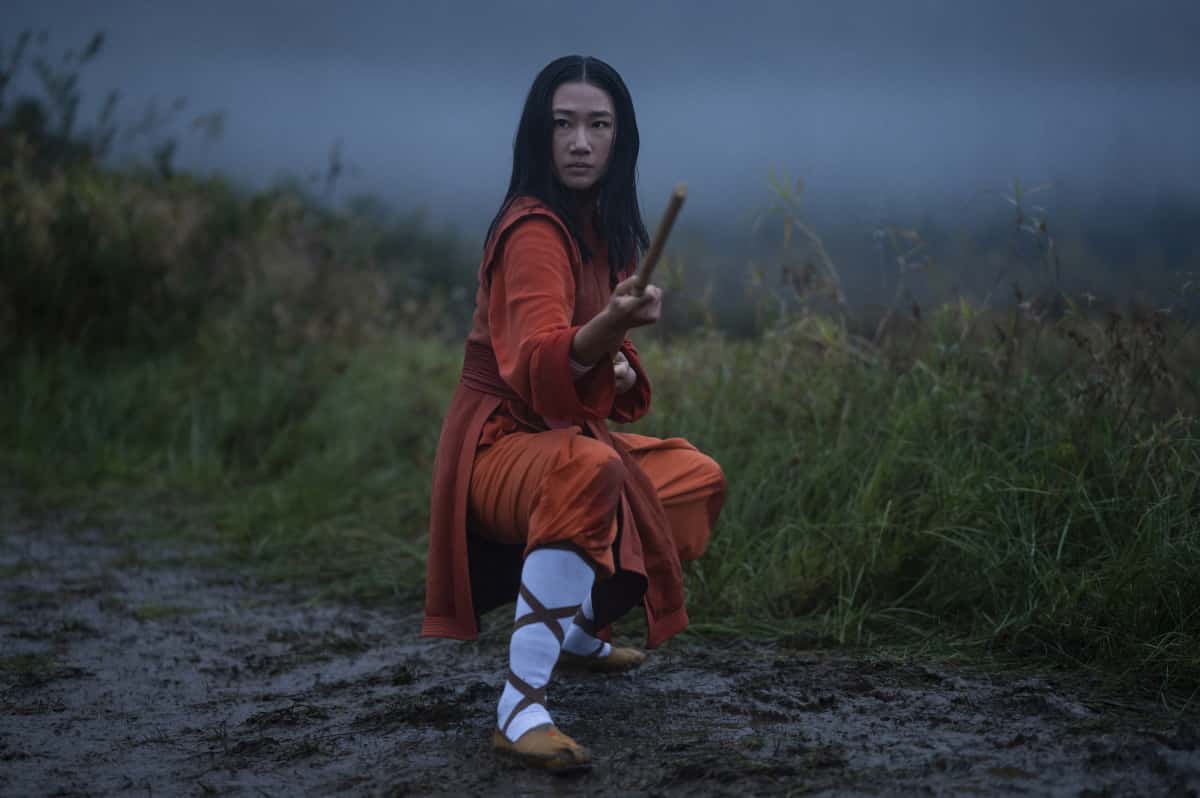 The CW’s newest action drama is KUNG FU. A remake of the 70s show of the same name (and 90s continuation), this series is set in the present day. A young woman bristles against the path her mother has set for her life, and instead spends three years in China learning Kung Fu. But you can’t run away from your family or your problems, so eventually the young woman goes home and finds even more trouble. Has fate set her up to save everyone? Or is she just in the right place at the right time with the right skills?

My first thought, even before I looked up the producers, which include Greg Berlanti, is that KUNG FU could easily be a spin-off of former CW series Arrow. Arrow had lots of Asian symbology to it, and of course so does KUNG FU. The formula is very similar, as well, with a hero estranged from her family for years, only to return and try to play savior in the place she grew up, as well as getting drawn into larger battles. The plot is divided between a superhero (which the protagonist definitely is) going through family and romance drama, and fights against those who would hurt people, often on a large scale.

This Arrow comparison isn’t a complaint; I liked that show quite a bit, and now that it has come to an end, there is definitely room for another show of its type on the network. KUNG FU also feels timely and important to have such an Asian-heavy cast and team in a show like this right now, especially given the racism and violence that has been exacerbated recently against Asian Americans. Familiarity breeds acceptance and diversity, so it’s vital to have representation. The fact that this is a good series relatable to anyone who grew up with or has a family may help it temper some resentments. But that aside, it’s just a good, entertaining series.

Olivia Liang (Legacies) stars in KUNG FU as Nikky Shen, the hero referenced above. Unlike in Arrow, Nikky’s team is made up of her biological family, with her techy sister, Althea (Shannon Dang, Sorry for Your Loss), and pre-med brother, Ryan (Jon Prasida, Tomorrow, When the War Began), assisting her almost right off the bat. She is also joined by new love interest who can handle himself in a combat situation, Henry (Eddie Liu, Silicon Valley), and former boyfriend, Assistant District Attorney Evan (Gavin Stenhouse, Allegiance), as needed.

But the best parts of the pilot, in my opinion, involve Nikky’s interactions with her parents, Mei-Li (Kheng Hau Tan, Crazy Rich Asians) and Jin (Tzi Ma, 24, Mulan). Their relationship is complicated, to be sure. But true to TV tropes, love conquers any issues. Mei-Li may be hurt by Nikky disappearing for a while, but there’s no doubt they can heal their relationship and move forward. It may be a cliché at this point to inform a parent-child relationship by the parent’s bond with their own progenitors, but it works well as a motivation explainer, and it’s effective.

I enjoyed the KUNG FU pilot quite a bit. There is a lot that is covering well-worn ground, but there’s also enough of a difference here, especially in the culture that informs, that it still feels fresh enough. It builds upon what has come before it, but it’s also the next natural evolution of some of those characteristics, in a good way. I think it’s on the right network and coming at the right time to do well. It’s been a while since I added a non-DC CW show to my TiVo season passes, but I think this one is going to make the cut, at least until I see how it develops from here.