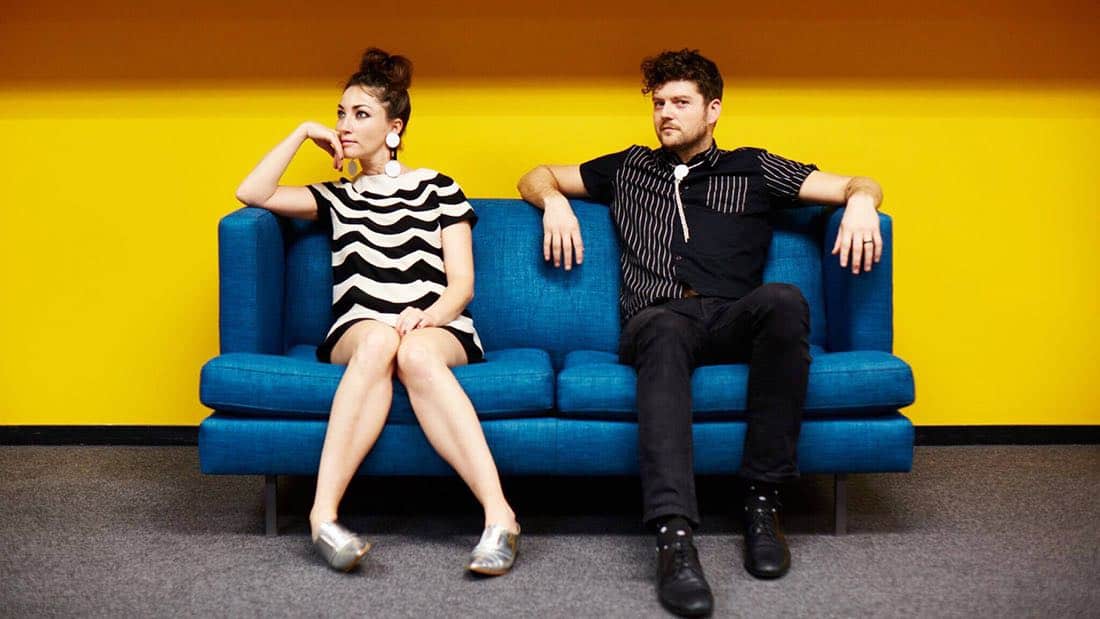 KOLARS have announced their upcoming North American tour with Escondido. Kicking off on February 28th the band will hit over 15 cities, with stops along the way at festivals such as Gasparilla, SXSW, Savannah Stopover, and Treefort Music Festival. For more information, please visit: http://kolarsband.com

The duo released their debut self-titled album in 2017, and have since received accolades for their effervescent blend of upbeat disco rock with twangy rockabilly. Conan O’Brien has hailed the band “out of this world”, Forbes Magazine featured them as “the new generation of music entrepreneurs” while The Denver Post wrote “KOLARS has a knack for buffing your weathered perspective to a glinting sheen. The world isn’t on fire; it’s glowing.”

KOLARS craft a full sound through minimal instrumentation: guitar and a tap-dancing drummer.

As Rob Kolar sings and strums his rollicking guitar, Lauren Brown uses her whole body as a percussive instrument. KOLARS has created a sonic world that straddles self-described genres such as Desert Disco, R&Beyond, Space Blues and Glam-a-billy. Rob produces, mixes, writes the material and his studio experimentation is incorporated into the live show. Lauren has invented her own drumming style: she tap dances rhythms with her feet atop a bass drum while simultaneously playing a full stand-up drum kit. She uses this dance to transform beats into natural extensions of her movement. The two perform with energy, sweat and excitement-thrilling audiences with their unabashed exuberance.

Rob Kolar is also a well-known as a music composer; currently scoring TBS’ The Detour and creating original songs for TBS’ Full Frontal With Samantha Bee.