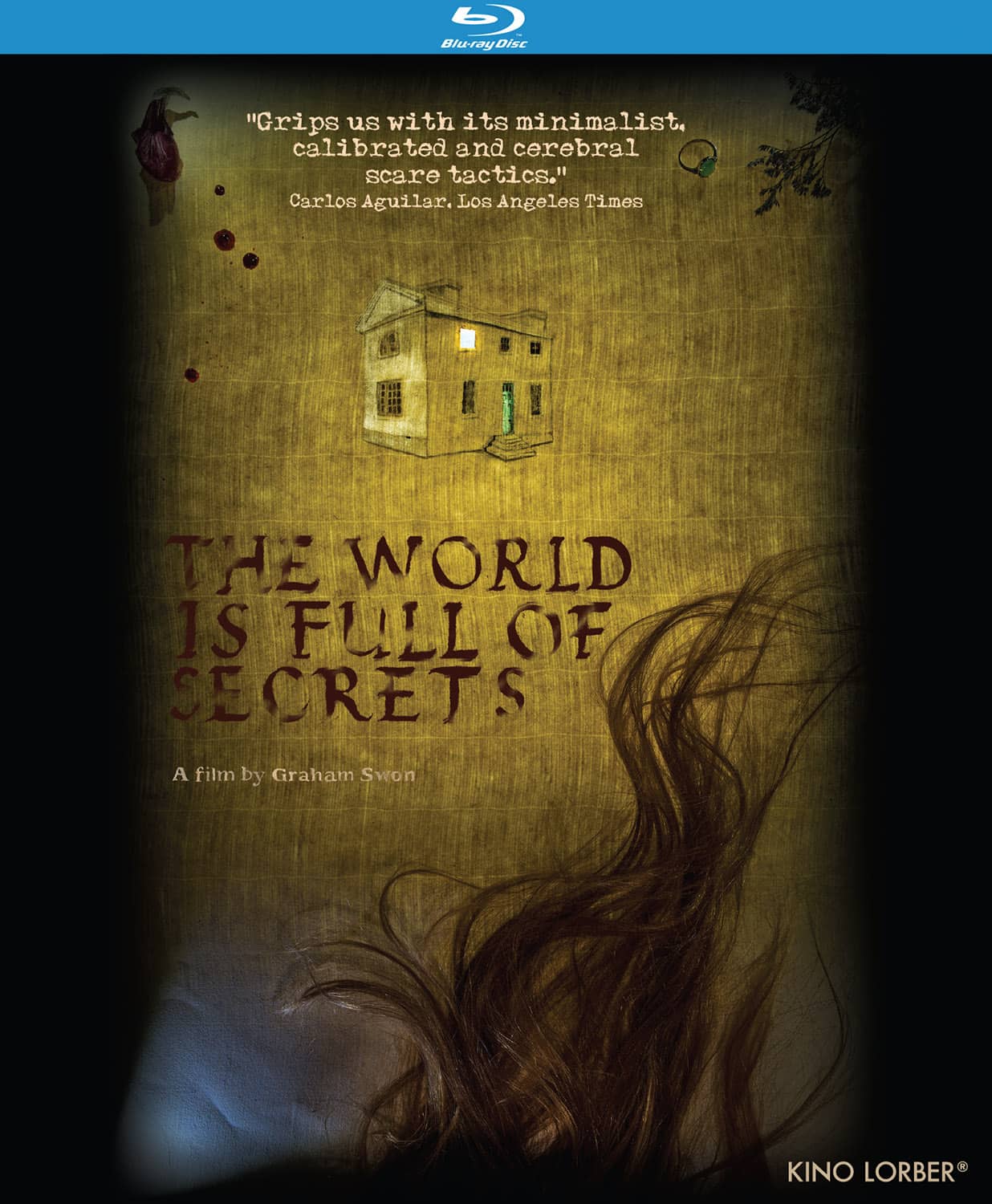 Synopsis: The World is Full of Secrets is a devilishly creepy film about a group of girls telling scary stories in the dark. An old woman’s voice recalls a terrible event from her distant past: On a summer night in 1996, five teenage girls meet in a suburban house, absent of parental supervision. To pass the time, they begin to tell morbid stories of the world outside, trying to best one another in a grim competition. As the night becomes darker and their play becomes more serious, their world of fiction is consumed by reality in this feverish Decameron-in-miniature. 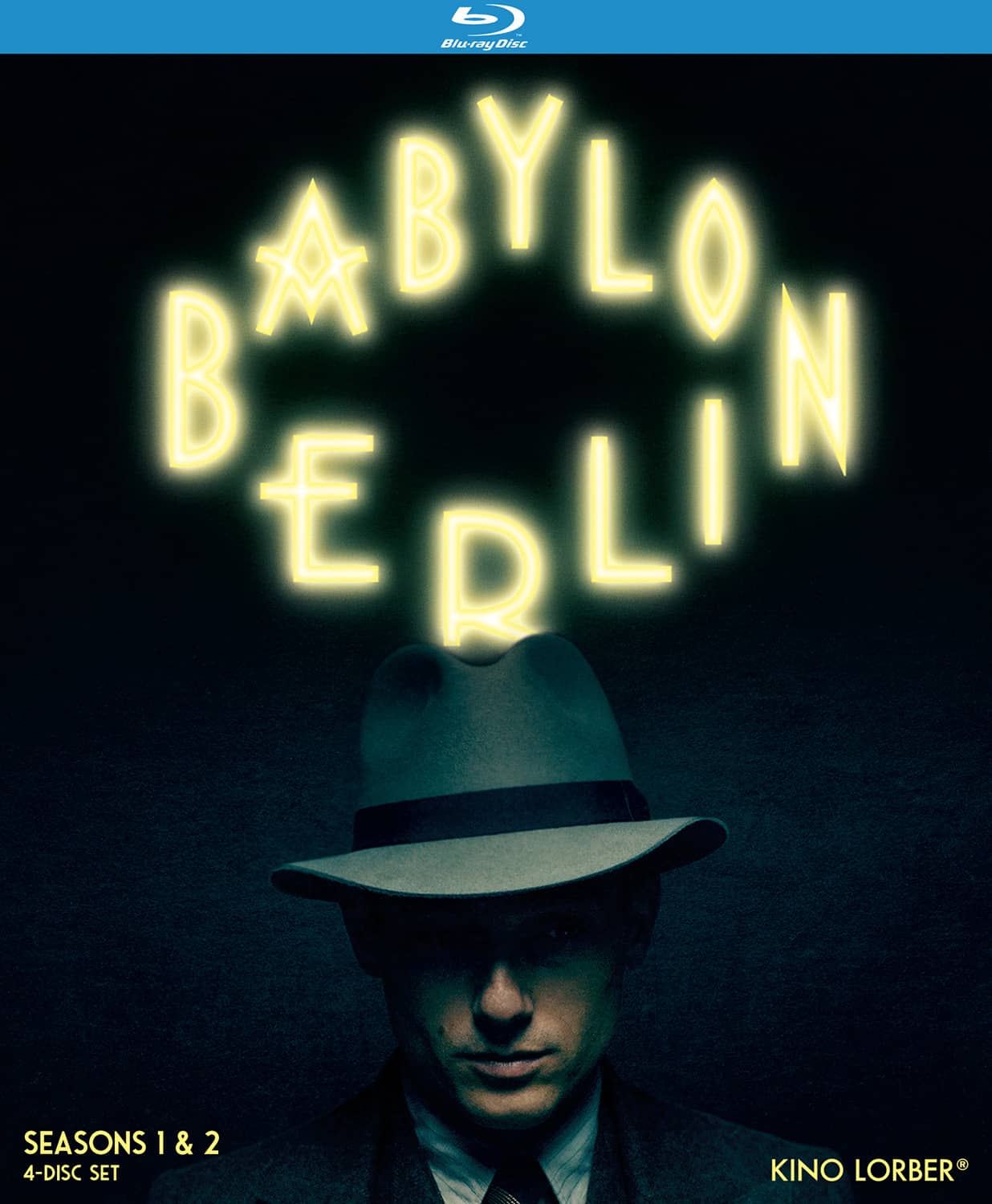 Synopsis: Babylon Berlin is one of the most critically acclaimed European television shows of the decade, a sumptuously paranoid thriller set in 1929 Berlin, a metropolis in turmoil. In Seasons 1 and 2, the glittering excesses of the city’s nightlife sparkle while an army of the impoverished strives for a better life. Organized crime and political extremists take advantage, extending their power throughout town. Gereon Rath (Volker Bruch, The Reader), a young cop from Cologne, is transferred to the vice squad in Berlin, which is headed by the seemingly affable Bruno Wolter (Peter Kurth, Good Bye Lenin!). Charlotte Ritter (Liv Lisa Fries, The Wave) is a stenographer for the homicide department who lives a double life in the city’s cabarets, a valuable resource for Rath’s investigations. He is confronted with a tangled web of corruption, forcing him into an existential conflict as he is torn between loyalty and uncovering the truth. Then a freight train from the Soviet Union arrives, which appears to hold the key to political power — and is a deadly trap for anyone trying to approach it.

Synopsis: The seventh volume in the series Forbidden Fruit: The Golden Age of the Exploitation Picture addresses the prickly problems of parenting. In Test Tube Babies, Cathy (Dorothy Duke) and George (William Thomason) seem like the perfect postwar American couple, but a medical deficiency deprives them of the children that will complete their happy home. Facing a future of childless debauchery (represented by an especially raucous adults-only house party, complete with female wrestling), they pay a visit to a fertility specialist, portrayed by deadpan exploitation legend Timothy Farrell, who proposes an unorthodox solution to their problems. J.D. Kendis’s Guilty Parents is one of the better-produced incarnations of the good-girl-gone-wrong cautionary tale, highlighted by a game of silhouette strip-tease at the wayward teens’ favorite roadhouse.

Synopsis: While under contract at Universal Studios, Tod Browning crafted a series of melodramas with strong female protagonists, women on the wrong side of the law, who stood defiantly against the men who tried to control them. No actress better personified this tough, glamorous anti-hero than Priscilla Dean (Drifting, White Tiger). In Outside the Law, Dean plays hard-boiled jewel thief Molly Madden. When her father is framed for murder by Black Mike Sylva (Lon Chaney), Molly partners with safecracker Dapper Bill (Wheeler Oakman) to stage a double-cross of their own. Outside the Law was Browning’s second film with actor Lon Chaney, whose gifts for elaborate makeup and ruthless villainy would flower under Browning’s direction, setting the stage for a series of monstrous characterizations that would revolutionize the melodrama and lay the foundations of the American horror film.

After the runaway success of Outside the Law, director Tod Browning reteamed with star Priscilla Dean on Drifting, another hard-boiled crime picture flavored with Orientalism. Set in a remote Chinese village, and staged on an epic scale, Dean stars as Cassie Cook, an opium trafficker caught between an undercover government agent (Matt Moore) and a fellow smuggler (Wallace Beery). Dean may have been the star, but it is Anna May Wong (age eighteen and on the brink of stardom), who steals the show during the film’s fiery climax.

An early attempt by Browning to infuse the crime melodrama with elements of the uncanny (spurring the evolution of the American horror film), White Tiger involves a band of jewel thieves who employ a chess-playing automaton to gain entry into the homes of the wealthy. But their elaborate plans are haunted by omens, and they seem doomed to an inescapable fate. This disc also contains the only surviving footage of Browning and Dean’s 1919 The Exquisite Thief, one of the key films in establishing Dean’s persona as the glamorous jewel thief.

Synopsis: It should have been a wonderful evening. Stephan and Elisabeth have invited their family and friends over for dinner, but as soon as Thomas announces that he and his pregnant girlfriend Anna are planning to name their unborn son Adolf, things get out of hand. As the evening escalates, secrets are revealed and truths are dragged to light in a clash of egos, wounded prides and hidden passions, served up for all to enjoy. A breakout hit at the German box office, award-winning director Sönke Wortmann (The Miracle of Bern) has crafted a hilarious social satire lathered in witty dialogue and perfect timing, where German guilt and angst over the Nazi past meets a family dinner gone awry.

Synopsis: When world-famous conductor Eduard Sporck (Peter Simonischek, Toni Erdmann) accepts the job to create an Israeli-Palestinian youth orchestra, he is quickly drawn into a tempest of sheer unsolvable problems. Having grown up in a state of war, suppression or constant risk of terrorist attacks, the young musicians from both sides are far from able to form a team. Lined up behind the two best violinists – the emancipated Palestinian Layla and the handsome Israeli Ron – they form two parties who deeply mistrust each other, on and off-stage alike. Will Sporck succeed and make the young people forget their hatred, at least for the three weeks until the concert? With the rst glimmer of hope, however, the political opponents of the orchestra show them how strong they are…

Synopsis: A camping misadventure forces a young girl and her father into the world of a demon-worshiping cult known as The Circle. As the pair become trapped in The Circle’s increasingly frightening sphere of indoctrination, a case-hardened professional cult deprogrammer and his two clients attempt to kidnap/reclaim one of the group’s members. Grisly rituals are soon revealed to be part of a terrifying, surreal, alternate reality that has been constructed by the cult’s mysterious, isolated leader. Escape is the only objective, but all of them are trapped in The Circle.

Synopsis: Join The Wiggles on a dancing, singing traveling adventure. Go for a ride in the Big Red Car and Emma’s Bowmobile. Take a Wiggly plane ride to the Australian outback. Go soaring through space in a Rocket Ship and go walking on the moon.
This video release encourages children to use their creative energy and imaginations to think of all the different ways you can travel.
See The Wiggles friend, Paul Nunnari, perform incredible tricks in his wheelchair and watch Richie Allan and his family, dance and perform to Old Man Emu with Australian music legend, John Williamson.
So, hop in, seatbelts on and take a ride with “Choo Choo Trains, Propeller Planes and Toot Toot Chugga Chugga Big Red Car.”

With a library of over 2,800 titles, Kino Lorber Inc. has been a leader in independent art house distribution for 35 years, releasing 30 films per year theatrically under its Kino Lorber, Kino Repertory and Alive Mind Cinema banners, garnering seven Academy Award® nominations in nine years. In addition, the company brings over 350 titles yearly to the home entertainment and educational markets through physical and digital media releases. With an expanding family of distributed labels, Kino Lorber handles releases in ancillary media for Zeitgeist Films, Carlotta USA, Adopt Films, Greenwich Entertainment, Raro Video, and others, placing physical titles through all wholesale, retail, and direct to consumer channels, as well as direct digital distribution through over 40 OTT services including all major TVOD and SVOD platforms. In 2019, the company launched its new art house digital channel Kino Now which features over 1000 titles from the acclaimed Kino Lorber library. In response to the COVID-19 pandemic, the Kino Marquee initiative was launched in 2020 pioneering “virtual theatrical” releases of art house films with revenue shares that allows audiences to support almost 400 local independent theaters.