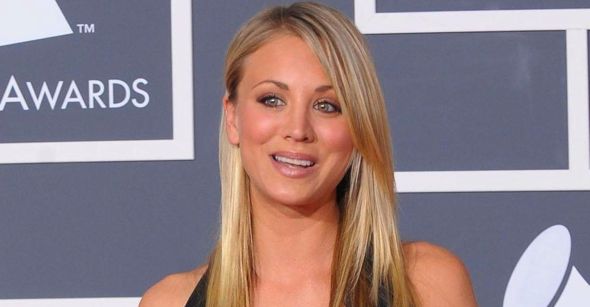 The People’s Choice Awards is the only major awards show where fans determine the categories, nominees and winners across multiple genres of movies, music and television.  Beginning Oct. 23, fans will have the opportunity to narrow down a selection of nominees in each of more than 40 categories.  Voting will take place online at www.Peopleschoice.com/nominees until Friday, Nov. 2.

“It’s an honor to return as host of the 2013 PEOPLE’S CHOICE AWARDS and kick off awards season with one of the most fun events of the year,” said Kaley Cuoco.

“I am so thrilled that Kaley will be joining us again as host for this year’s PEOPLE’S CHOICE AWARDS,” said executive producer Mark Burnett. “She is such an engaging performer who brings an undeniable energy and passion to our stage.  There is no doubt she will be a key part of what makes this year’s show a can’t-miss event.”

This year, Cuoco starred opposite Rob Lowe in the Lifetime movie “Untouchable: The Drew Peterson Story.”  She was also seen in “The Last Ride,” an independent film which tells the story of Hank Williams’s final days, and in 2011, she co-starred in the family comedy “HOP,” with James Marsden and Russell Brand.  Recently, Cuoco wrapped production on “Scribble,” an indie comedy about a group of aspiring writers.