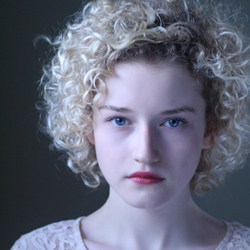 Julia Garner has joined the cast of Robert Rodriguez and Frank Miller’s Sin City: A Dame To Kill For, which is now filming in Austin at Rodriguez’s Troublemaker Studios. Garner, an up-and-comer whose credits include Martha Marcy May Marlene and The Perks Of Being A Wallflower, will play a young stripper opposite Joseph Gordon-Levitt’s Johnny in the follow-up to 2005′s Sin City, adapted from Miller’s own graphic novel series.

Garner made her feature debut in Sean Durkin’s Martha Marcy May Marlene and nabbed roles last year in Wallflower and Not Fade Away. She recently hit Park City with Jim Mickle’s cannibal pic We Are What We Are, bought by eOne out of Sundance last week. Garner also stars as a young Mormon teenager in Rebecca Thomas’s Berlin entry Electrick Children, which Phase 4 Films will be opening theatrically this March and will next be seen in CBS Films’ horror sequel The Last Exorcism 2, in theaters March 1. She is repped by Authentic Talent & Literary Management and Sloane, Offer, Weber & Dern.