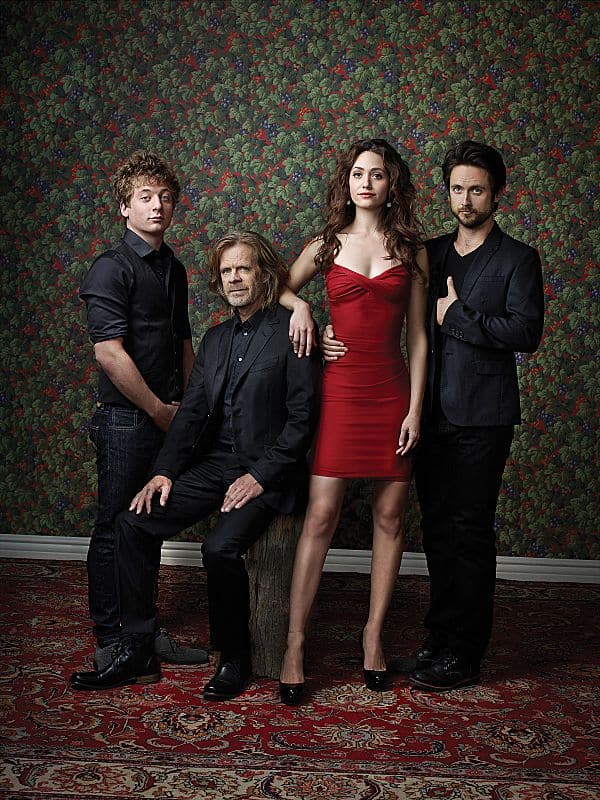 After record-setting premiere ratings on the network’s Sunday night line-up and continued year-to-year audience growth, SHOWTIME has picked up brand new seasons of SHAMELESS, HOUSE OF LIES and CALIFORNICATION for 2014. The announcement was made today by David Nevins, President of Entertainment, Showtime Networks Inc.  Season-to-date, all three series are pacing above their prior seasons across platforms. The third season of SHAMELESS is up 22 percent, currently averaging 5.4 million weekly viewers across platforms (vs. second season average of 4.4 million), and up 63 percent versus its first season (vs. 3.3 million). The second season of HOUSE OF LIES is averaging 3.2 million weekly viewers across platforms, up 10 percent from its freshman season (vs. 2.91 million), and the sixth season of CALIFORNICATION is averaging 3.1 million weekly viewers, up 21 percent versus season five (vs. 2.5 million). Production for the new seasons of all three series will kick-off in Los Angeles later this year.

“CALIFORNICATION, HOUSE OF LIES, and SHAMELESS possess highly distinctive comedic voices, and given that all three continue to grow their audience season after season – the pick-up decision was easy,” said Nevins. “I am incredibly excited to see what each of these series has in store for their next seasons.”

SHAMELESS, HOUSE OF LIES and CALIFORNICATION returned on January 13 with their highest-rated episodes ever, up double-digits versus their series averages and besting their prior season premieres and season finales. In its third week (January 27), SHAMELESS delivered 2.53 million viewers for the night, the series’ biggest total night ever, outperforming the season three premiere night (vs. 2.44 million – 2 plays). On Sunday, HOUSE OF LIES’ third episode was on par with its season premiere, which delivered the series’ best numbers ever, with 1.4 million viewers for the night across two plays. CALIFORNICATION’s third episode attracted 1.05 million viewers.

HOUSE OF LIES (Sundays at 10 p.m. ET/PT), which stars Don Cheadle in his Golden Globe® Award-winning and Emmy nominated performance as Marty Kaan, is a timely comedy that dives head-first into the shark tank known as corporate America. Marty is the big-money earner at Galweather Stearn, who commands a hot, young team known as The Pod: Jeannie (Kristen Bell), Clyde (Ben Schwartz) and Doug (Josh Lawson). Marty and The Pod’s work life revolves around first-class travel, top-shelf liquor and anything they can charge the client on a black Am Ex. Marty is the ultimate power player and under his direction, this ruthless, pull-no-punches team is here to beat the corporate suckers at their own game – and they’re loving every minute of it. This season, The Pod – especially Marty and Jeannie – must deal with the fall-out from the big merger showdown. On the home front, Marty is thrown when Roscoe (Donis Leonard Jr.) decides to move in with his unbalanced mother, Monica (Dawn Olivieri). The series is based on the hit tell-all book from best-selling author Martin Kihn (House of Lies: How Management Consultants Steal Your Watch and Then Tell You the Time). Produced by SHOWTIME, HOUSE OF LIES is created and executive produced by Matthew Carnahan. Jessika Borsiczky, Stephen Hopkins and Don Cheadle also serve as executive producers.

CALIFORNICATION (Sundays at 10:30 p.m. ET/PT) stars David Duchovny in his Golden Globe Award-winning role as hedonistic novelist Hank Moody, who struggles to be a good father to his college-aged daughter Becca (Madeleine Martin), while still carrying a torch for her mother, and his ex-girlfriend, Karen (Natascha McElhone). For the sixth season, noted actress Maggie Grace (Lost) has signed on for nine episodes as the infamous rock groupie Faith, who develops an unconventional relationship with Hank. She is joined in two episodes by her former Lost co-star Jorge Garcia as an old contact from Faith’s past. International comedy star Tim Minchin takes on the role of Atticus Fetch, a mad-as-a-hatter rock star who will write the music for the Broadway production of Hank’s hit novel.  Fetch enlists the ever-cynical Hank to collaborate on the project, which he calls “…a rock opera about love conquering all.” Notorious rocker Marilyn Manson will also make a guest appearance. CALIFORNICATION is created and executive produced by Tom Kapinos and executive produced by David Duchovny.