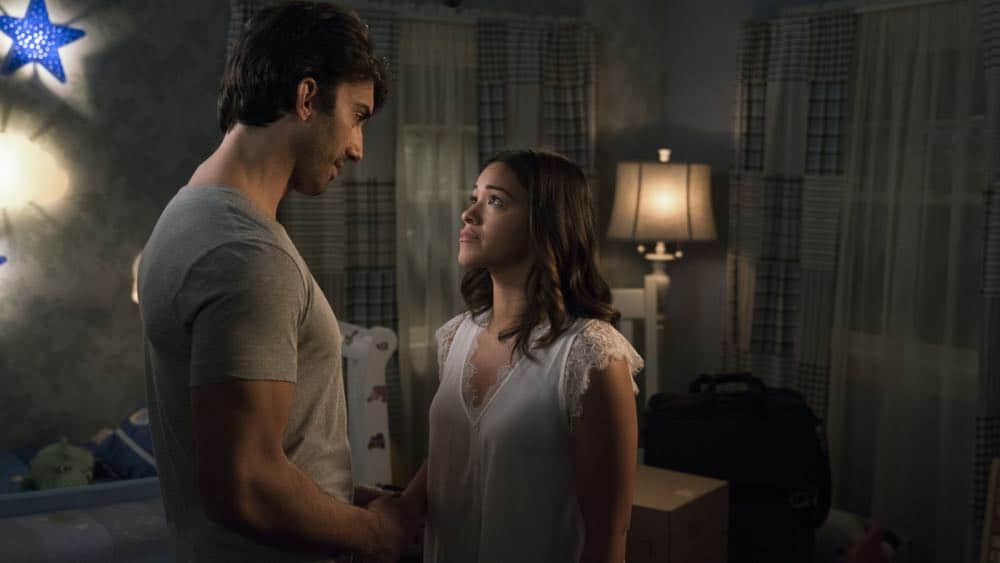 Jane The Virgin Chapter Seventy-Three (Ep# 409) DOING THE RIGHT THING — When Jane (Gina Rodriguez) and Rafael (Justin Baldoni) realize that the uncertain state of their relationship is stressing out Mateo, they decide that they need to make a decision. Petra (Yael Grobglas) is on the outs with Jane and Rafael after the Luisa fiasco so she tries to figure out a way to get back into their good graces. Meanwhile, Rogelio (Jaime Camil) and Xo (Andrea Navedo) are both contemplating their career choices. Ivonne Coll also stars. Eric Lea directed the episode written by Valentina Garza & Chantelle M. Wells (#409). Original airdate 2/2/2018. JANE THE VIRGIN Season 4 Episode 9 Photos Chapter Seventy-Three