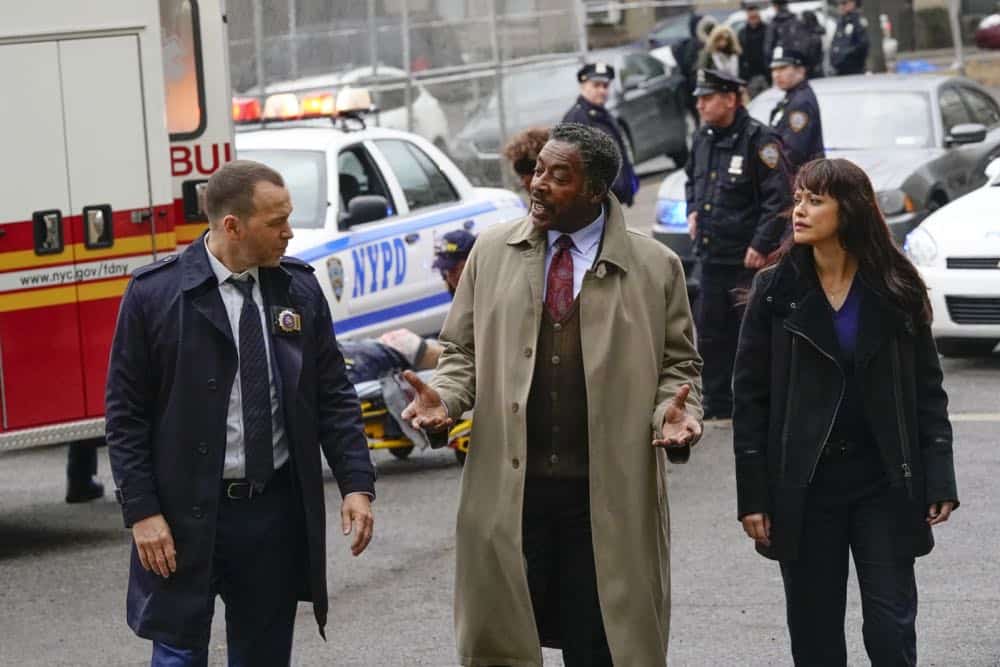 “School of Hard Knocks” – When a student is shot by a rival gang member in his high school courtyard, Danny and Baez try to get a grasp on the situation to prevent a reoccurrence, but the principal, Darryl Ward (Ernie Hudson), recklessly takes matters into his own hands. Also, Erin tries to help her friend, Mickey (Raphael Sbarge), who is mixed up in an illegal gambling ring, and Governor Mendez (David Zayas) tries to frame Frank after one of his top legislative aides is shot by an NYPD officer, on BLUE BLOODS, Friday, Feb. 2 (10:00-11:00 PM, ET/PT) on the CBS Television Network. BLUE BLOODS Season 8 Episode 14 Photos School of Hard Knocks