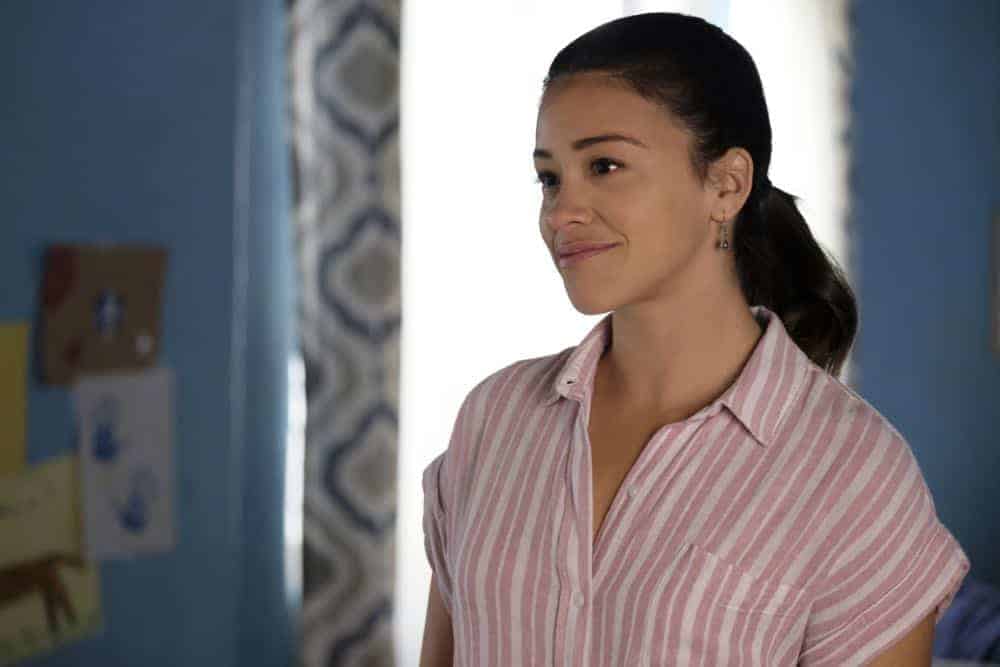 “Chapter Eighty” VISUALIZE THE FUTURE – Jane (Gina Rodriguez) and Rafael (Justin Baldoni) find themselves in a not ideal living situation in order to save money. When Rafael sees Alba (Ivonne Coll) try to punish Mateo, an unexpected rift is formed. Xo (Andrea Navedo) tries to stay positive during treatment and even makes a new friend, but things get a little too real for her and Rogelio (Jaime Camil). River (guest star Brooke Shields) and Rogelio once again are at odds over their ideas for the show, but an unlikely person helps River see the show in a different light. Meanwhile, Petra (Yael Grobglas) feels unsupported by JR (guest star Rosario Dawson) when she questions what really happened the night Anezka died. Micah Schraft directed the episode written by Micah Schraft (#416). Original airdate 4/13/2018. JANE THE VIRGIN Season 4 Episode 16 Photos Chapter Eighty.