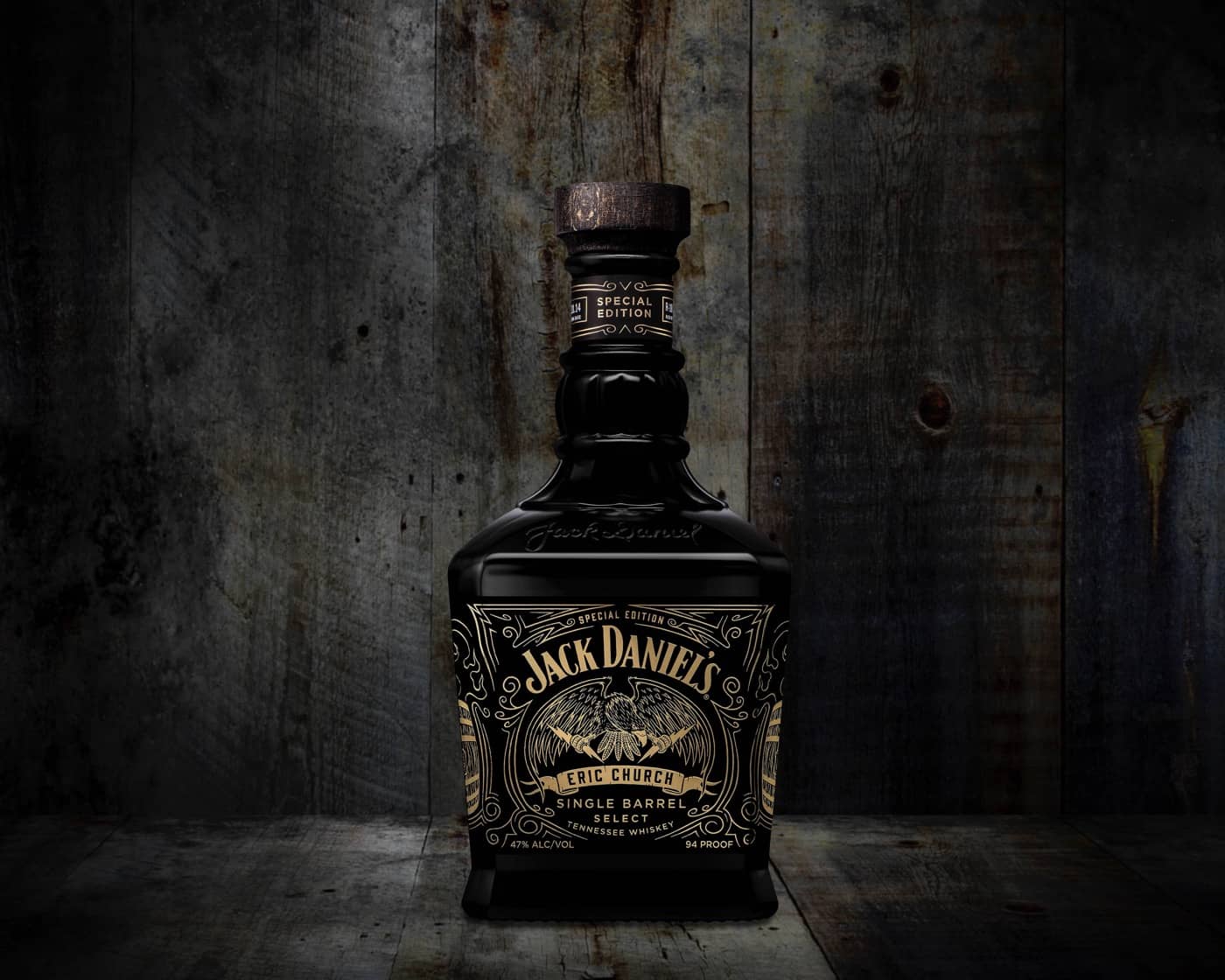 The whiskey is from barrels personally selected by Church and will feature the artist’s name on the specially designed black and gold embossed label.

“Our drive and passion at Jack Daniel’s for crafting the best possible whiskey we can is matched by Eric’s artistry and drive to put out the best music he can,” said Mary Beth O’Mara, Jack Daniel’s Single Barrel Senior Brand Manager. “Eric is the real deal, and shares our love of community, independence, spirit and pride in what we do. It’s a special friendship and one we’re proud to celebrate with this whiskey.”

“My love for Jack Daniel’s is for the whiskey but it’s also about a can-do, small town attitude, where community, loyalty and hard work are the qualities the crafters of this American icon hang their hats,” said Eric Church. “I’m honored to have my own special release of Jack Daniel’s Single Barrel. Whether we raise a glass at a table with a handful of our friends or from a stage with thousands, let’s raise our glass high. Cause that’s where it belongs.”

Master Distiller Jeff Arnett assisted Church in the selection of barrels from the top floor of a warehouse on Coy Hill at the distillery. Each barrel offers a significant depth of aroma ranging from sweet vanilla and caramel to toasted and charred oak. The whiskey flavor offers the signature sweet notes of a Jack Daniel’s Single Barrel upon entry but quickly gives way to a complex, full and heavyweight mid-palate, according to Arnett.

“This special whiskey is reflective of Eric himself – bold, rich in character, forward and something that can be enjoyed by those with a taste for a well-rounded whiskey and a unique and memorable sipping experience,” he added.

The Jack Daniel’s Eric Church Single Barrel Tennessee Whiskey, available in a 750ml size and at 94 proof, will hit shelves at the beginning of August across the US.

Your friends at Jack Daniel’s remind you to drink responsibly.

The three-time Country Music Association and seven-time Academy of Country Music Award winner released his most recent critically acclaimed and Grammy nominated album, Desperate Man, atop the Billboard Country Albums chart in late 2018. The album, featuring his most recent No. 1 hit “Some Of It,” also debuted at No. 5 on the all-genre Billboard 200. Church returned to the road in 2019 for his chart-topping Double Down Tour, with back-to-back nights of two unique shows sans-opening act giving fans 6+ hours of his iconic music in each city. The tour also featured a massive stop at Nissan Stadium in Nashville, where Church broke the venue’s concert attendance record with 56,521 fans just two weeks before awing the same stadium’s audience with a 30-minute, solo acoustic CMA Fest set featuring a medley of 17 hits. “Stick That In Your Country Song,” released on June 25, is the lead single off a forthcoming project born from a sequestered session in rural North Carolina where he wrote and recorded a song per day for nearly a month.