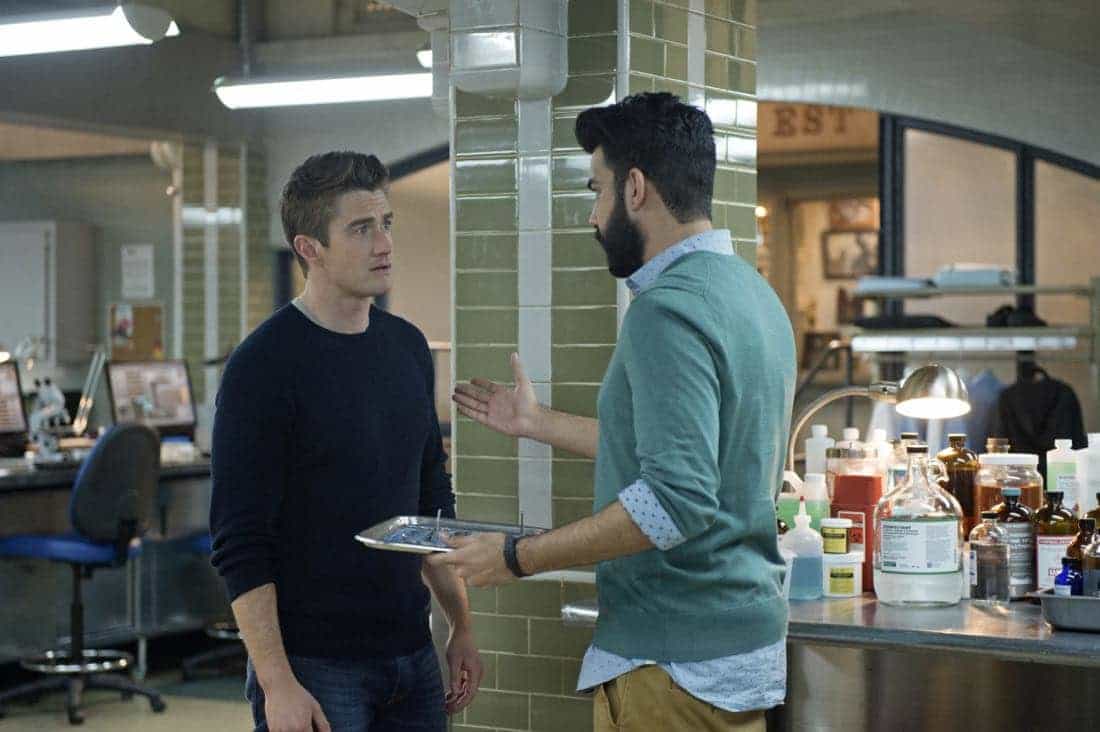 With a potential zombie apocalypse looming and the revelation that there is an all-zombie military organization ready to take over when it happens, life for Liv Moore and her “Scooby Gang” of friends is about to get a lot more complicated in Season 3 of IZOMBIE. In press interviews from the set, co-stars Robert Buckley and Rahul Kohli reveal what is of paramount importance for Major and Ravi in Season 3:

– Major and the Philmore Graves military team-up
– shadow of the Chaos Killer still hovers over Major
– the perpetual ticking-clock threat to find an alternative to the amnesia-cure
– fun he had with Major and Liv on the father/daughter brains
– new dynamic now that Clive is part of Team Zombie
– the Ravi and Major rapport still strong on screen, reflects his strong off-screen friendship with Rahul
– Major has fun ribbing Ravi about the Peyton-Ravi-Blaine love triangle
– next phase of Liv and Major’s relationship
– new love interest for Major is coming

– Ravi finds himself caught up in a love-triangle with Peyton and Blaine
– Ravi seeks advice from Liv and Major after they consume father-daughter brains with hilarious results
– after Ravi tricked into staying in the car in the Season 2 finale, leaves deflating effect on Ravi
– more Blaine and Ravi scenes coming up as Major is living on borrowed time
– with the burgeoning zombie community, pressure to find zombie-cure without amnesia side-effects
– Ravi’s mentor arrives to work in the morgue alongside Ravi and Liv
– Ravi and Clive’s working dynamic changes for better now that they are both Team Zombie