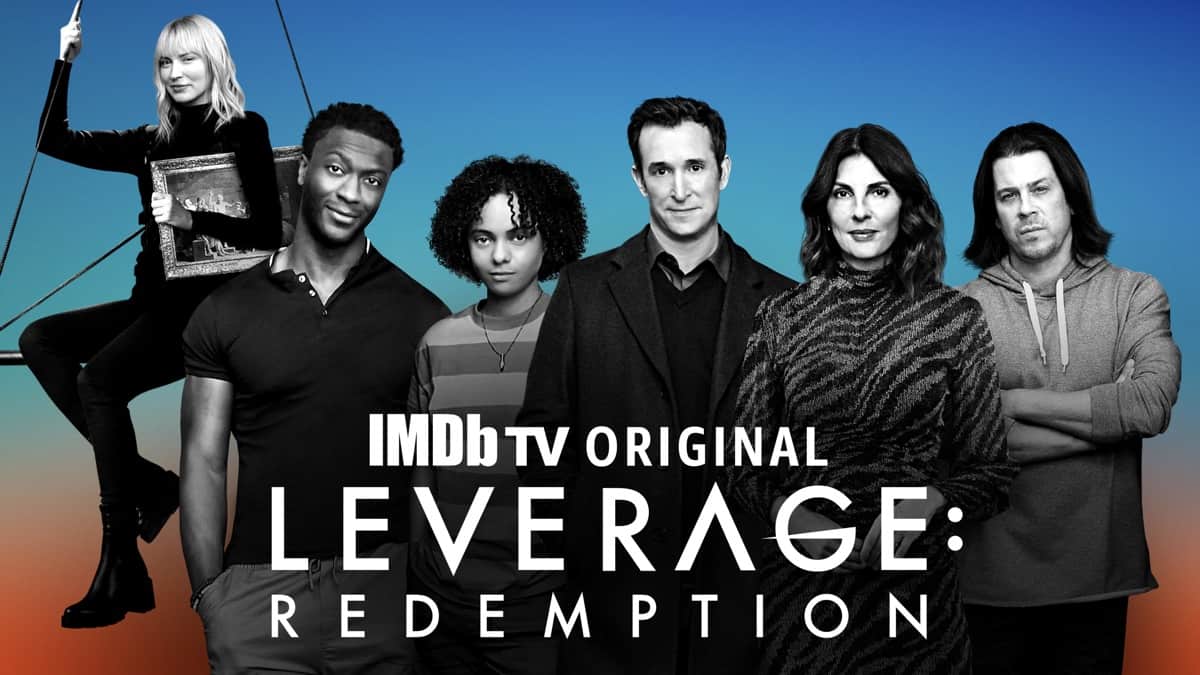 Today, IMDb TV, Amazon’s premium free streaming service, announced that it has renewed the heist drama series Leverage: Redemption for a second season. All 16 episodes of the first season of Leverage: Redemption are available to stream exclusively on IMDb TV. Additionally, all five seasons of Leverage are also available to stream exclusively on the service.

The rich and powerful take what they want, and the Leverage team has reunited to take them down. Sophie Devereaux (The Grifter), Parker (The Thief), Eliot Spencer (The Hitter), and Alec Hardison (The Hacker) watched the world change over the last eight years. It had become easier—and sometimes even legal—for the rich to become richer and the powerful to squash anyone who got in their way. The Leverage team found new blood in Harry Wilson, a corporate lawyer looking for redemption after realizing he’d been sitting on the wrong side of the table for his entire career, and in Breanna Casey, Hardison’s foster sister who has a knack for computers, robotics, and getting into trouble.

“Bringing back these characters has been a dream come true, and working with such incredible people as the team at IMDb TV has been an absolute pleasure. So excited we get to do it all over again,” said Electric Entertainment’s Dean Devlin, co-showrunner and executive producer of Leverage: Redemption.

“Leverage: Redemption has delighted IMDb TV viewers with the perfect blend of familiarity and freshness,” said Lauren Anderson and Ryan Pirozzi, co-heads of content and programming for IMDb TV. “Thank you to the dedicated fans who have passionately championed this series. We look forward to our continued partnership with Electric Entertainment and providing viewers another season of the fan-favorite crew and their spirited heists.”