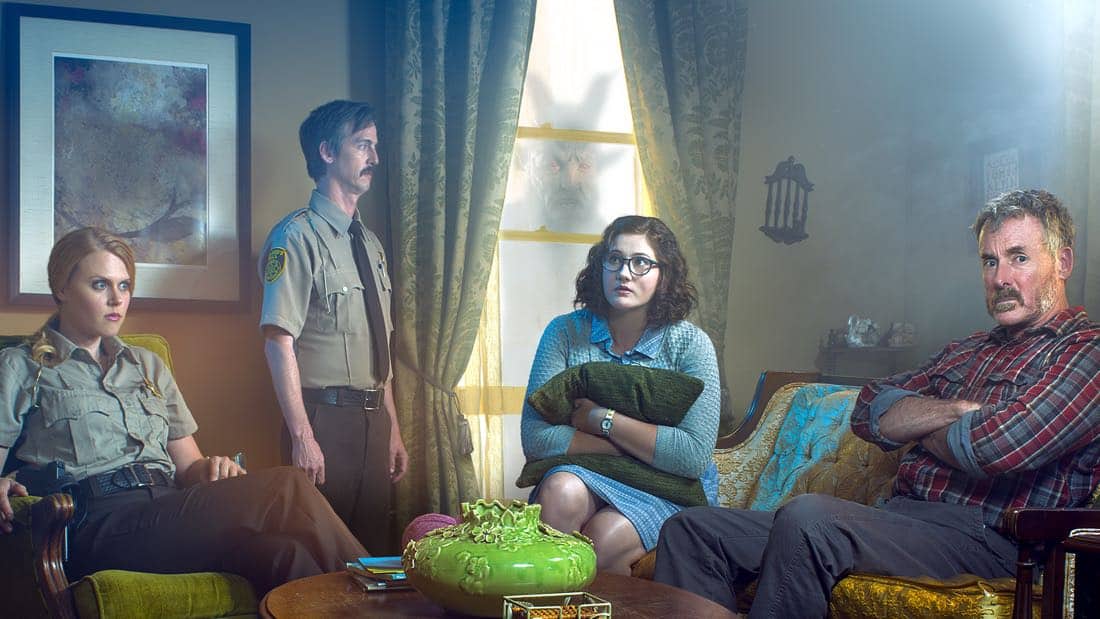 IFC announced today that horror-comedy series Stan Against Evil has been picked up for a third season slated to air in Fall 2018. Created by Dana Gould (The Simpsons, Parks and Recreation) and starring John C. McGinley (Scrubs) and Janet Varney (You’re the Worst). Stan Against Evil has grown its dedicated fan base since originally debuting in 2016, with The New York Times calling it a “gruesome, deadpan delight.” Season 2 concluded in November 2017 with Stan Miller (McGinley) and Sheriff Evie Barret (Varney) accidentally opening a portal into the past, allowing the 17th century demons to create new mayhem in their quaint town of Willard’s Mill.

Stan Against Evil follows Stan Miller, the perpetually disgruntled former sheriff of a small New England town, and Evie Barret, his younger, more spirited successor, and how the two are forced into an unlikely alliance upon realizing their sleepy little town is the subject of a 300-year-old demonic curse. Willard’s Mill, it turns out, was the sight of a massive 17th century witch burning and as such, Stan and Evie are forced into battle against demons, witches, haunted ponies, giant piglets, evil babies, you name it, all while trying to bridge their chasm-wide personal differences.

For continued updates on Stan Against Evil, please check out: