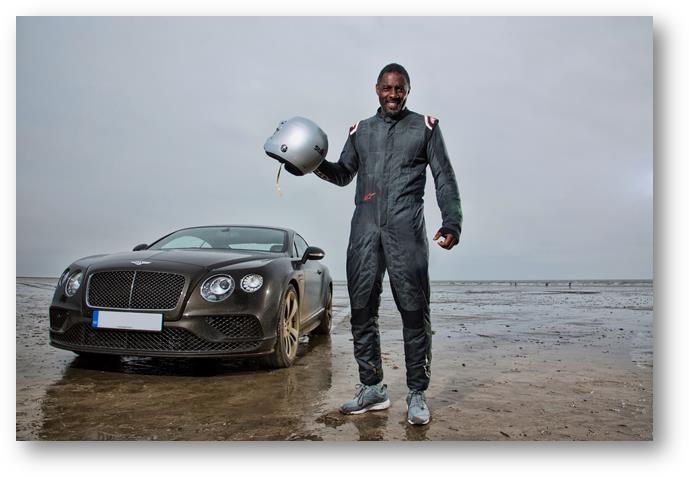 Coming to Discovery this week is IDRIS ELBA: NO LIMITS. Starring the English actor Idris Elba, who is known for his role in the Thor movies and for leading the award-winning drama series Luther, NO LIMITS finds Elba going faster than most people will ever go, both on land and in the air. The four-episode program is a reality documentary, showing us the steps that the actor goes through in order to compete with those that do it for a living.

Sometimes show like this recruit a famous face who is a fan of a sport or industry, but has no real-world experience of knowledge, having always only been a casual spectator. IDRIS ELBA: NO LIMITS is different because Elba has been very interested in rally racing, the first challenge he tackles, from a young age. His father, and later he himself, having worked for Ford, he has a history with the automobiles, too. This isn’t the first time he’s gotten behind the wheel to challenge himself, and while the premiere episode finds him getting licensed for rally racing the first time, he doesn’t quite feel like as much of an amateur as most hosts would be.

Elba is supported by some of the most notable names in the game. While these type of experts may sign up to be on a television series, I just can’t believe they’d humor him enough to ride with him if they didn’t have a certain level of confidence in Elba’s skills. Driving this fast is extremely dangerous, and they are putting their lives in Elba’s hands. He also is allowed to compete as part of a team, and I don’t think his teammates would have been anxious to have him if they thought he’d drag down their scores. So there’s a level of authenticity that most reality television often lacks, especially when triumphant, happy endings aren’t guaranteed.

Where some American audiences might struggle is deciphering the differences between rally racing from the UK and our own races stateside. Obviously, the drivers themselves probably aren’t as well known over here, unless you follow British racing. There’s also no attempt to American-ize the jargon, with stats stated in terms of kilometers, not miles.

I don’t think this is super important, as one can see the speeds the cars achieve in the video and the tone lets you know how impressive things are. But if might be a bit of a difficulty for those who really want to know what’s going on and have no frame of reference for it. However, this does feel relatively minor, and if anything, it gives you a chance to learn a few things, expanding your worldview.

There are some interesting graphics in this show. When describing turning, animation with colored arrows get into the science and technique of the competitive driving. There is also a very cool sequence when the car Elba will be driving is taken apart so we can see a bit of the inner workings. I wish there were a few more of these, but the ones they have are well used.

Personally, I am not a fan of cars or racing in the slightest. It holds no interest to me at all, and so I probably won’t watch any further episodes of this show. The show, including the fact that it stars an actor I very much respect and enjoy, did not manage to overcome that aversion, so I don’t recommend it for those who would only tune in because of Elba. But for those that do have an interest in speed sports, I think IDRIS ELBA: NO LIMITS will probably be quite satisfying, and certainly feels better made than a lot of its peers in the genre.