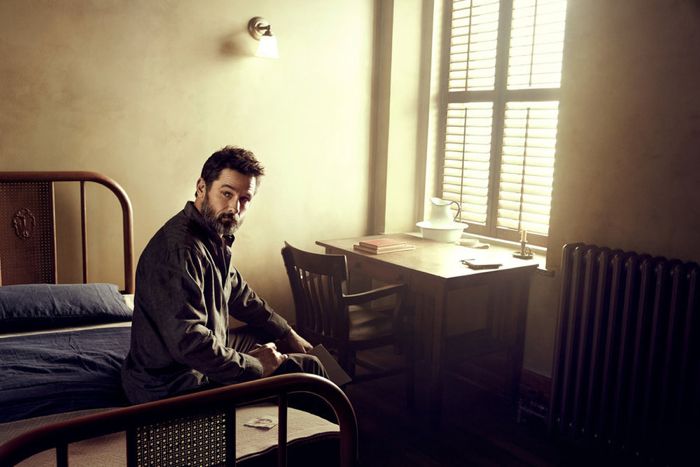 Picking up the story of the Vector Virus and how it may be selectively weeding out the human race, in Season 2 of the Syfy thriller HELIX, the world of Dr. Alan Farragut (Billy Campbell) is consumed by tracking down his ex-wife Dr. Julia Walker (Kyra Zagorsky) and finding out if there is a way to stop the virus before it is too late.  HELIX never shies away from tackling a story which dares to threaten its principal characters and unfortunately many have fallen in the war to stop the Vector Virus before it mutates further and decimates the entire planet.  So viewers will be bitting their nails to see what happens to the surviving heroes from last season.  Will Alan, his brother Peter (Neil Napier) and his ex-wife Julia finally be reunited and able to successfully find a cure?  Will the CDC have better luck in stopping a global outbreak?

In an exclusive interview, star Billy Campbell talked about the challenges Alan faces in Season 2 and the mysteries that he encounters along the way.

What’s up with this new virus? Is it going to mutate like the one last season and a different virus will come out of it, or will it pursue its own path?
BILLY:  It’s hard to say without giving spoilers.  But it is an entirely new thing.

In this first episode of Season 2, this new virus takes over a bunch of people on a ship and they did not look like they survived well.  It looks pretty terrifying and lethal. So is this new virus going to be one that people can survive or is it just a killer virus?
BILLY:  People can survive it. But I’m not sure you wouldn’t rather die.

Sounds terrifying!  What’s Alan doing?  We eventually find out that he’s on the island.  But why is he there?
BILLY:  Since Season 1, he has been kind of ruthlessly pursuing the folks from Ilaria and his pursuit has led him to this island.

So Alan is still pursuing Ilaria.  He wants to track them down and do what exactly?
BILLY:  (Laughs) I am not exactly sure what he wants to do.  I know that he has killed a few along the way, and I’m not sure he doesn’t want to kill them all if he has the chance.

Is Alan thinking altruistically? Is he thinking that taking down Ilaria is in the best interest of saving the world or is he more personally involved in just trying to find his ex-wife Julia?
BILLY:  I think it might be a bit of both.  I don’t really know much about it either.  But he is pretty obsessed.  It’s personal.  But then again, they are the bad guys.

Does Alan still having feelings for his ex-wife or is he more concerned about protecting her and saving her?
BILLY:  I think deep-down he still has feelings for her and so his desire to protect her and save her probably comes out of that.

Is Alan aware that Peter and Julia both kind of changed and are no longer completely the humans he knew anymore?
BILLY:  (Laughs) I don’t know.

Is that his journey this season?  To become enlightened to what is really going on around him?
BILLY:  Yes. I would say that is a fair description.

It also seems like Alan is a little bit on the run.  Is he on the run or is his strictly the pursuer in this case?
BILLY:  Absolutely.  He is on the run too.  Because he did a lot of bad things after the first season.  So I’m guessing that is part of the reason he is on the run.

The place that he is hiding out seems a little bit strange on the island.  Does Alan actually interact with those folks or is he hiding amongst them?
BILLY:  He is there for a specific reason and it has to do more with the compound, than it has to do with his pursuit of the bad guys.

Brother Michael is, of course, being played by Steven Weber.  Looking through IMDB, it looks like you both may have worked on ONCE AND AGAIN years ago.  Did you work together then and, if so, what is it like working together again?
BILLY:  We have actually worked together a couple of times since the mid-80’s.  He’s a joy to work with and a really fun guy for everyone.

That has to be kind of cool as you are working through your career and you run into the same actors all working on the same projects and running into each other time and time again.
BILLY:  It’s wonderful.  That happens a lot.

Season 2 of HELIX is set in a different environment.  It’s set on an island.  So are you still filming in Montreal or did you actually go some place tropical?
BILLY:  We’re still in Montreal.  We are actually shooting in a place called Oka, which is outside of Montreal. It’s a beautiful area. It has a national park there with a beautiful forest.  We shot in this old abbey with apple orchards. It was really beautiful place.  I actually kept a room at the abbey so that on late nights I could stay at the abbey and get a head-start on the work the next day.

That sounds challenging to make Montreal look like some place tropical.  Did you have to bring in a lot of things to make it look tropical?
BILLY:  It’s not tropical.  It’s sort of temperate.

Are we going to see snow on this island?
BILLY:  (Laughs)  No. No snow.  But plenty of maple trees.

What did you find to be the most fun about working on Season 2?
BILLY:  The story opens up and becomes more complex and there are more characters.  That was a great deal of fun.  The best part about it for me was just being out in Oka.  Being able to go running in the forest everyday.  And when the snow came, I used to go sledding every day.  It was very fun.

Uh oh, are we going to have to worry that Dr. Alan Farragut may not make it?
BILLY:  I don’t if I can say about that, but if you thought the first season was intense, the second season really doubles down.

Some of the first season characters are returning for Season 2. We know that Dr. Sarah Jordan (Jordan Hayes) is back and we saw that Dr. Julia Walker is back.  So who is new?
BILLY:  There’s a character Dr. Kyle Sommer, who is ably played by Matt Long.  There is Steven Weber playing Brother Michael.  And a host of other Montreal actors in other smaller parts.  It’s pretty terrific.

Season 2 does seem like it is a bigger story.  It feels more like a thrill ride in the sense that in Season 1 we were not sure if something was going to jump out around the corner and Season 2 it feels like there are no corners and the story is going to come rushing right at you.
BILLY:  (Laughs)  I would say that is a pretty accurate statement.

What can you tease about what is going to happen in Season 2?  Obviously, Alan has a virus that he is investigating and he is looking for something.  Are we going to see characters falling left and right or is there another mystery involved?
BILLY:  There’s another larger mystery that is involved and it will tie in nicely with this season.  I think I would say that Alan’s quest brings him a great deal closer to his quarry than he ever expected.

One of the things revealed right away is that Alan’s grave seen in the future.  There are two split timelines being shown.  So wy do we see Alan’s grave in the future timeline?
BILLY:  (Laughs) You will have to stay tuned to find out.

If you had the chance to sit down with your character Alan, what would be your advice to him?
BILLY:  I would say: “Stop obsessing over your ex-wife!”  You know, I have to say that the fewer ex-wives you have, the happier you are as a person.

What would you like to tease for the fans tuning in for the Season 2 premiere of HELIX?
BILLY:  If you liked the first season, boy, stay tuned.  The second season sort of leaves it in the dust.

With that teaser in mind, you are invited to see what thrills are in store and what may just jump out in the Season 2 premiere of HELIX on Friday, January 16th at 10:00 p.m. on Syfy.