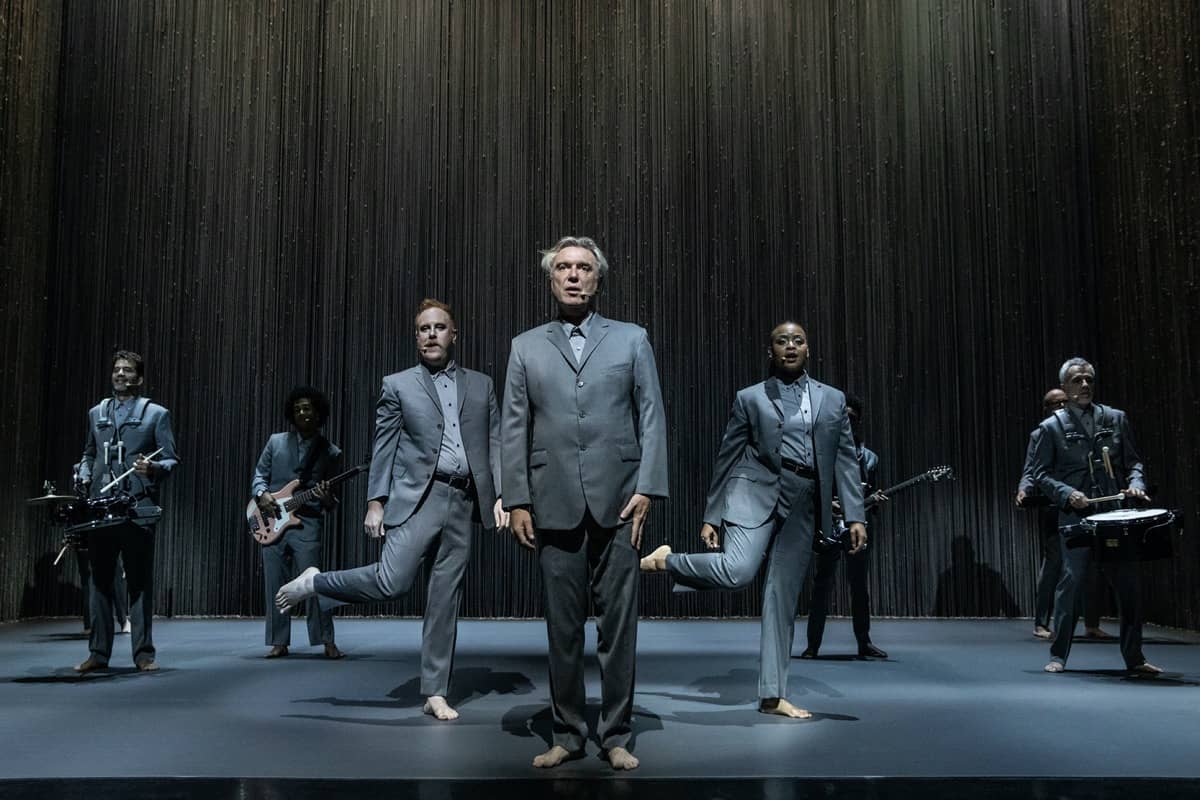 HBO will present the filmed version of the acclaimed Broadway show “David Byrne’s American Utopia,” directed by Academy Award® winning director Spike Lee, it was announced today by Nina Rosenstein, Executive Vice President, HBO Programming. DAVID BYRNE’S AMERICAN UTOPIA is a unifying musical celebration that inspires audiences to connect to each other and to the global community. The film will debut later this year on HBO.

“DAVID BYRNE’S AMERICAN UTOPIA is a uniquely transformative experience and a perfect example of how entertainment can bring us together during these challenging times,” said Rosenstein. “Spike’s brilliant direction adds a level of intimacy to this powerful performance, and we’re so thrilled to share this groundbreaking show with our audience.”

“Spike and I have crossed paths many times over the years, obviously I’m a huge fan and now finally here was an opportunity for us to work together,” said Byrne. “I am absolutely thrilled with the result. The Broadway show was a wonderful challenge as well as an opportunity – it was a joy to perform and, well, best to let the quotes speak for themselves. Thrilled that this show and the subjects it addresses will now reach a wider audience.”

“It is my honor and privilege that my art brother, Mr. David Byrne, asked me to join him in concert, to invite me into his magnificent world of AMERICAN UTOPIA,” stated Spike Lee. “And dat’s da ‘once in a lifetime’ truth, Ruth. Ya-dig? Sho-nuff. Peace and love. Be safe.”

“We are thrilled to partner with HBO in bringing DAVID BYRNE’S AMERICAN UTOPIA to audiences everywhere,” said David Linde, CEO of Participant. “The creativity and artistry of David Byrne and Spike Lee, together, with the urgency and relevance of this celebratory film, have resulted in an event that is truly of and for our times.”

The Broadway production featured Academy®, Grammy® and Golden Globe® Award-winning musician Byrne (Talking Heads), together with 11 musical artists from around the world performing songs from Byrne’s 2018 album of the same name, along with songs from Talking Heads and his solo career for a major cultural milestone in the worlds of music and theater. The original American Utopia album, as well as the Broadway cast recording, were released on Warner Music Group’s Nonesuch Records.

This one-of-a-kind, dynamic film gives audiences around the world access to Byrne’s electrifying Broadway show that played to sold-out, record-breaking audiences during its run from October 2019 to February 2020 at Broadway’s Hudson Theater. The New York Times called the production “dazzling, jubilant and rapturous,” while The Hollywood Reporter hailed it as “an astonishing knockout.” The Broadway production featured the work of renowned American choreographer Annie-B Parson and Tony®-nominated Alex Timbers serving as production consultant, both of whom previously collaborated with Byrne on the acclaimed Imelda Marcos musical Here Lies Love; lighting design by Rob Sinclair and sound design by Pete Keppler; Karl Mansfield and Mauro Refosco are musical directors.

In addition to the powerful partnership of David Byrne and Spike Lee, this feature-length film is an extraordinary collaboration of outstanding artists, including choreographer Annie-B Parson; director of photography, Ellen Kuras (“Eternal Sunshine of the Spotless Mind”); production consultant Alex Timbers; and editor Adam Gough (“Roma”). Collaborating with Kuras are 11 camera operators, many of whom are directors of photography in their own right, including Declan Quinn (“Leaving Las Vegas”) and Sam Levy (“Lady Bird”).

American Utopia, the album upon which the stage show is based, received a Grammy nomination and was the first by Byrne to reach No. 1 on the Top Current Album Chart. Released by Warner Music Group’s Nonesuch Records in 2018, it was a global hit and the accompanying tour reached more than 27 countries with 150 concert dates.