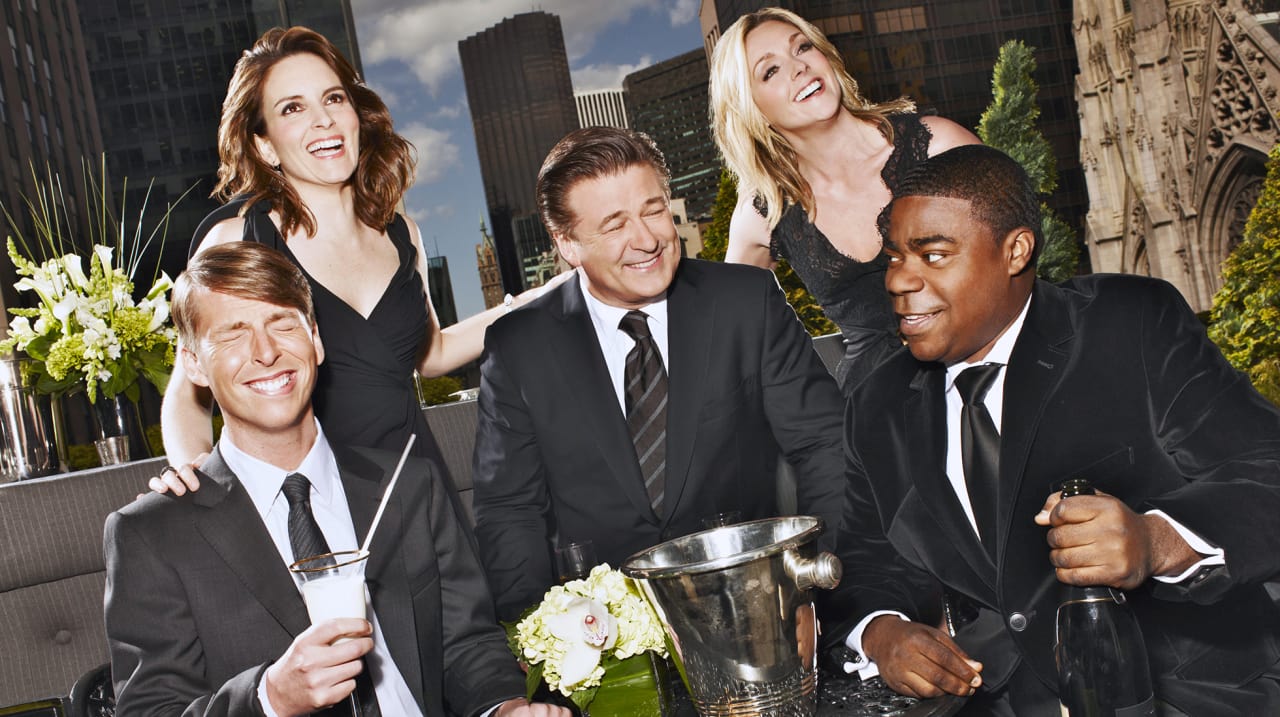 Today, NBCUniversal announced the return of the iconic30 Rock to NBC for a special Upfront event. Beloved characters from the original series including Liz Lemon (Tina Fey), Jack Donaghy (Alec Baldwin), Tracy Jordan (Tracy Morgan), Jenna Maroney (Jane Krakowski), Kenneth Parcell (Jack McBrayer), and more will return for the one-time event and celebrate the stories and talent featured in NBCUniversal’s 2020-21 television season. The hour-long, commercial-free event will premiere on NBC on Thursday, July 16 at 8/7c and will be rebroadcast across USA Network, Bravo, E!, Oxygen, SYFY, and CNBC as well as available to stream on Peacock on Friday, July 17 at 9/8c, showcasing the true power and 200M+ scale of NBCUniversal.

“We’re all happy to have this excuse to (remotely) work together again for NBC,” said Tina Fey and Robert Carlock, Executive Producers, 30 Rock.”To quote Kenneth the Page, there are only two things we love in this world, television and everyone.”

“At NBCUniversal, we’re excited to produce an Upfront that reflects a new reality and celebrates our relationship with viewers and advertisers alike,” said Linda Yaccarino, Chairman, Advertising & Partnerships, NBCUniversal. “Historically, this event is about the future of programming; this year, it’s about the future of our industry—a future where we can meet audiences wherever they are, with the stories that move them. As the old saying goes… when life hands you Lemon, have her host the Upfront!”

“We put our fans first in everything we do at NBCUniversal, so of course our audiences are at the heart of our reimagined Upfront experience,” said Josh Feldman, Executive Vice President, Head of Marketing & Advertising Creative, NBCUniversal. “This very special 30 Rock event will bring together video, advertising, and humor to show the world the power of One Platform in a whole new way.”

The 30 Rock Upfront special will feature guest appearances from talent from across its portfolio and platform, and will highlight new and returning programming from NBC, Telemundo, USA Network, SYFY, E!, Bravo, and more, from Entertainment to Sports to News. The special is produced by Broadway Video and Little Stranger, Inc. in association with Universal Television and NBCUniversal Creative Partnerships. Oz Rodriguez (Saturday Night Live) will direct the special.

The new format reflects the increasingly direct relationship between NBCUniversal, its fans and its partners, and allows all audiences to tune in for a sneak peek at the future of NBCUniversal’s programming. This matches NBCU’s One Platform all-audience approach as Upfront negotiations continue.

Originally airing on NBC from October 2006 until January 2013, 30 Rock is the winner of 16 Emmys, including 3 consecutive wins for Outstanding Comedy Series; 7 Golden Globes; 22 Guild Awards among SAG, WGA, DGA and PGA; as well as Image, Peabody and AFI Awards. The series is also the record-holder for most Emmy nominations in one season for any comedy series, and received a total of 103 Emmy nominations over 7 seasons on NBC.

NBCUniversal is one of the world’s leading media and entertainment companies in the development, production, and marketing of entertainment, news and information to a global audience. NBCUniversal owns and operates a valuable portfolio of news and entertainment television networks, a premier motion picture company, significant television production operations, a leading television stations group, world-renowned theme parks, and a suite of leading Internet-based businesses. NBCUniversal is a division of Comcast Corporation. To learn more, visit www.nbcuniversal.com.

Universal Television, a division of Universal Studio Group, is one of the largest and most successful television production companies in the United States. The studio currently produces more than 50 primetime comedies and dramas as well as late-night programs for a variety of network, cable and digital platforms. Acclaimed series produced by Universal Television include “Russian Doll,” “Unbreakable Kimmy Schmidt,” “Master of None,” “Superstore,” “A.P. Bio,” “Brooklyn Nine-Nine,” “New Amsterdam,” “Law & Order: SVU” and “Chicago Fire” (and its spinoffs) among numerous others, including all of NBC’s successful latenight programs.