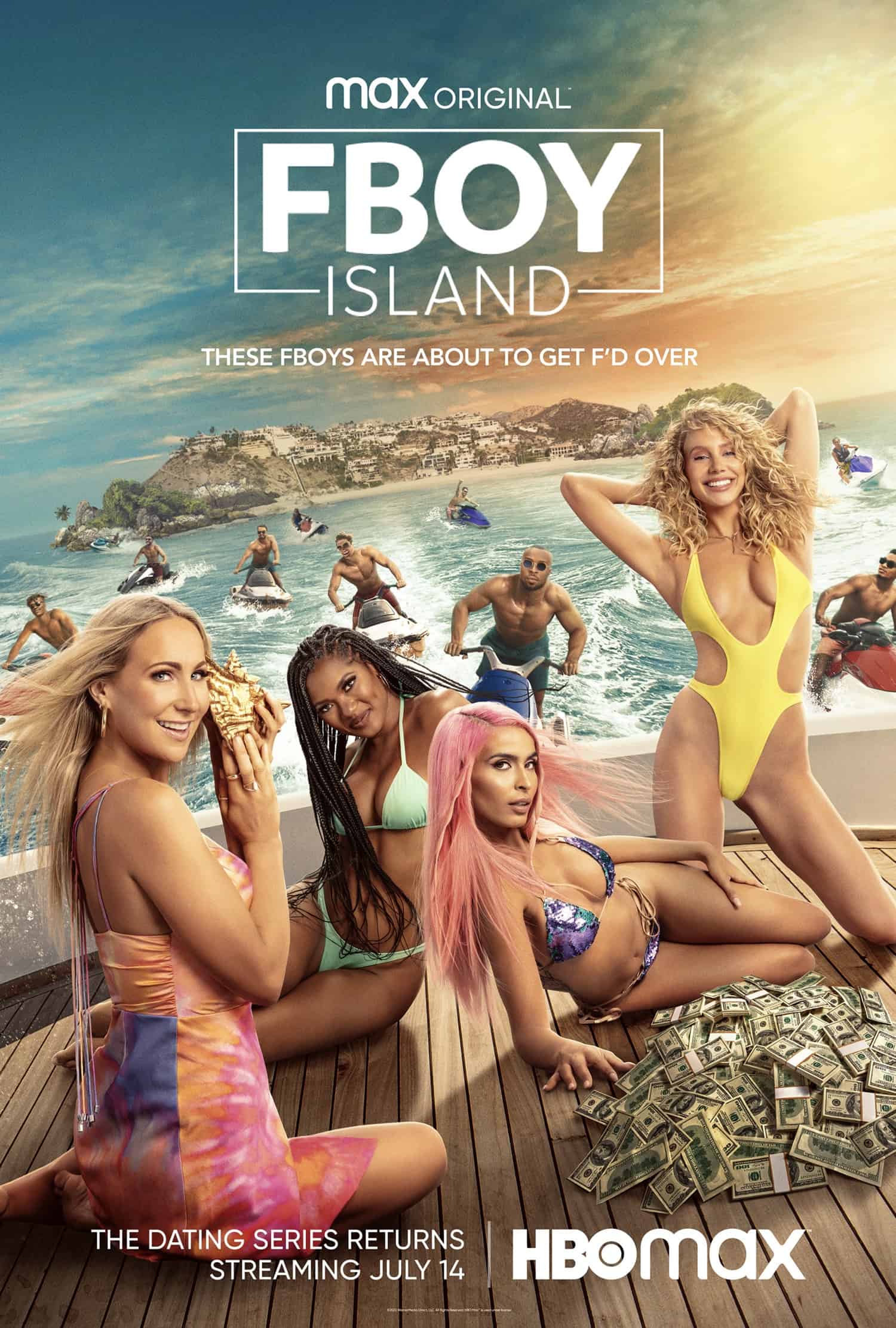 HBO Max has released the official trailer and key art for season two of the upcoming Max Original reality dating series FBOY ISLAND, hosted by comedian and actress Nikki Glaser (HBO’s upcoming comedy special and nationwide comedy tour “One Night with Nikki Glaser”). The series debuts THURSDAY, JULY 14 with the first three episodes of the ten-episode season, followed by three additional episodes on July 21, two episodes on July 28 and the final two episodes on August 4. The series concept was created by Elan Gale (“The Bachelor” franchise) with Sam Dean (Max Original “12 Dates of Christmas,” “Love is Blind”) as co-showrunner with Bill Dixon. The second season of FBOY ISLAND, from STXalternative, was filmed earlier this year in Cabo San Lucas.

Season two of FBOY ISLAND follows three new women, Mia Emani Jones, Louise Barnard and Tamaris Sepulveda, who move to a tropical paradise where they’re joined by 26 men – 13 self-proclaimed “Nice Guys” looking for love, and 13 self-proclaimed “FBoys,” there to compete for cold, hard cash. The women will navigate the dating pool together with the hope of finding a lasting love connection. By the finale, all will be revealed: who is a Nice Guy, who is an FBoy, who the women ultimately choose, and who walks away with the prize money. FBOY ISLAND is a social experiment that asks: Can FBoys truly reform or do Nice Guys always finish last? The new season will see the return of some familiar faces and a bombshell twist that changes everything.

Season one of FBOY ISLAND had the biggest launch for a Max Original reality series since the platform launched in Spring 2020, with viewership growth week over week. The Washington Post hailed the series as “deliciously twisty,” and TIME called it a “compelling and clever masterpiece” with “smart execution.” Insider praised it for being “an unpredictable and sexy breath of fresh air” with a “refreshing dose of self-awareness and humor.”

Season two of FBOY ISLAND is produced by STXalternative. The series concept was created by Elan Gale who is executive producing for TheYearOfElan Productions alongside Jason Goldberg and Audrey E. Smith for STXalternative, Ben Bitonti, Nikki Glaser and co-showrunners Sam Dean and Bill Dixon.