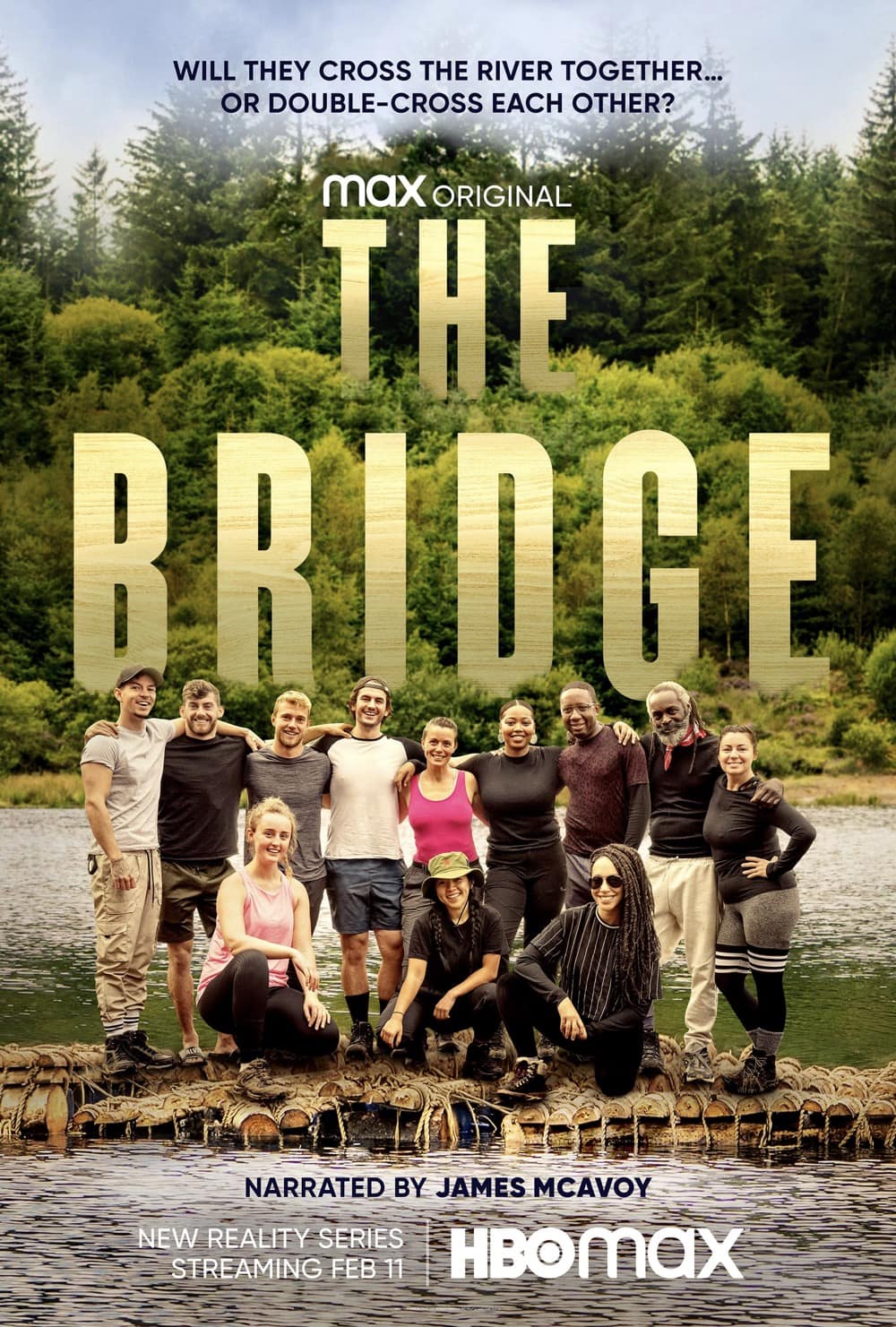 HBO Max debuted the official trailer and key art today for the Max Original, THE BRIDGE. All six episodes of the reality competition series will premiere THURSDAY, FEBRUARY 11 on HBO Max.

Narrated by BAFTA-winning and Golden Globe®-nominated James McAvoy, THE BRIDGE features twelve strangers from across the United States, United Kingdom and Ireland, who set out for a cabin nestled deep within the British wilderness with no knowledge of what they’ll be doing – only that £100,000 is at stake. This reality competition series places a massive cash prize on an island in the middle of a lake – but to reach the money, contestants must construct an 850-foot bridge with their bare hands and limited supplies. Given only 20 days to complete this gargantuan task, the competitors must figure out how to work together, though only one can take home the prize. Wild and unpredictable, THE BRIDGE is an adrenaline-packed, physically grueling adventure filled with mind games and power plays.

Based on the acclaimed Spanish series El Puente, THE BRIDGE is an HBO Max Original co-produced with Workerbee for Channel 4 in the UK. The series is executive produced by Rick Murray, Michelle Chappell and Warren Smith.