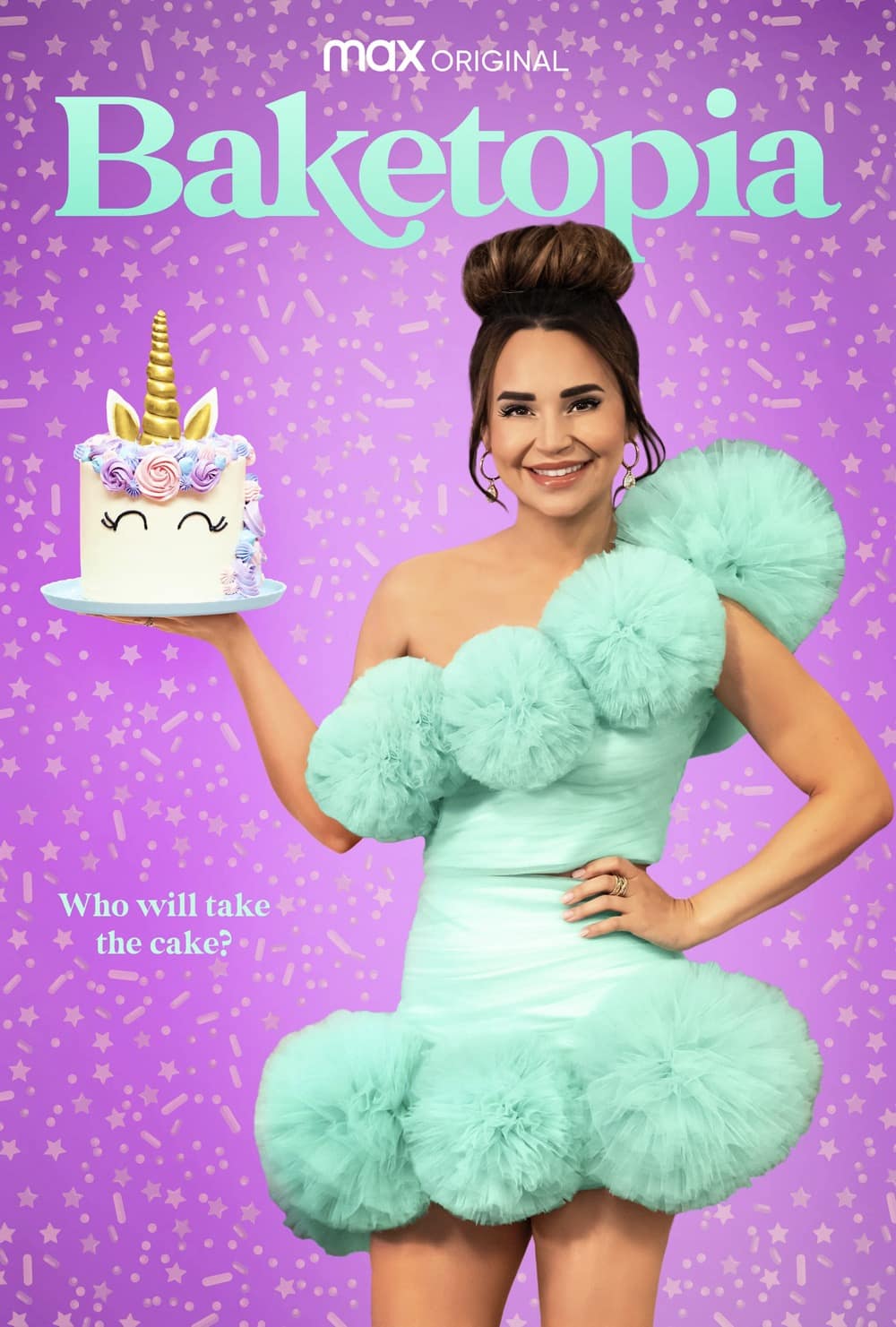 HBO Max will premiere the baking competition series BAKETOPIA, hosted by social media sensation and executive producer Rosanna Pansino, on THURSDAY, MARCH 25. The 12-episode series features brilliant bakers taking on viral-worthy challenges in a larger-than-life baking wonderland complete with every ingredient and tool a baker could dream of. In each episode, competitors fill their carts with unique ingredients to create trendsetting, delectable desserts in hopes of impressing Rosanna and her “cake council” to win $10,000.

“BAKETOPIA makes watching the craft of baking tasty treats almost as enjoyable as eating them,” said Jennifer O’Connell, Executive Vice President, Non-Fiction and Live-Action Family Programming, HBO Max. “It was a major coup getting top food influencer Rosanna Pansino to do a baking show and Rhett and Brien at B17 are the perfect partners to bring this deliciously creative show to life.”

About B-17 Entertainment
B17 Entertainment, an Industrial Media company, was founded in 2013 by principals and TV veterans Rhett Bachner and Brien Meagher as a full-service production company producing breakthrough content in a variety of genres including comedy, kids, reality and game, and focuses on multi-platform programming with millennial appeal. Based in Los Angeles, the company is a key supplier of live, formatted and interactive programming for HBO Max, Netflix, Facebook Watch, YouTube, TikTok and SyFy to name a few. B17 Entertainment’s recent productions include The “History of Swear Words” with Nicolas Cage, “TikTok Live’New Years Eve,” “Graduation 2020” with Oprah Winfrey, “Thanks A Million” with Jennifer Lopez; “Post Malone’s Celebrity World Pong League,” “Craftopia” with LauraDIY, “Here For It” with Avani Gregg, “Chasing the Cure” with Ann Curry, and “The Great Debate” with Baron Vaughn. Other past credits include a trio of series for Disney including “Ultimate Sleepover” and “Ruby’s Gems” featuring Ruby Rose Turner; “Confetti US” and “Confetti Mexico”; “Make Up or Break Up” and “Help Us Get Married!” for Facebook Watch; “Nail the Look”; “Fright Club”; “WWE Show” and “Fashion 5 Ways” for Snap; “Broke Ass Gameshow” for MTV; “Last Night’s Late Night” and “The Daily Chil”l for Quibi and “Fluffy’s Food Adventures” featuring Gabriel Iglesias for FUSE.

Prior to B17 Entertainment, Bachner served as Executive Producer on “The Henry Rollins” Show on IFC, “Man Caves” on DIY and “Real Deal” for History. Meagher worked as a Development Executive for Mark Burnett Productions where he was Co-Executive Producer on “Shark Tank” and also worked on “Survivor” and “The Apprentice.