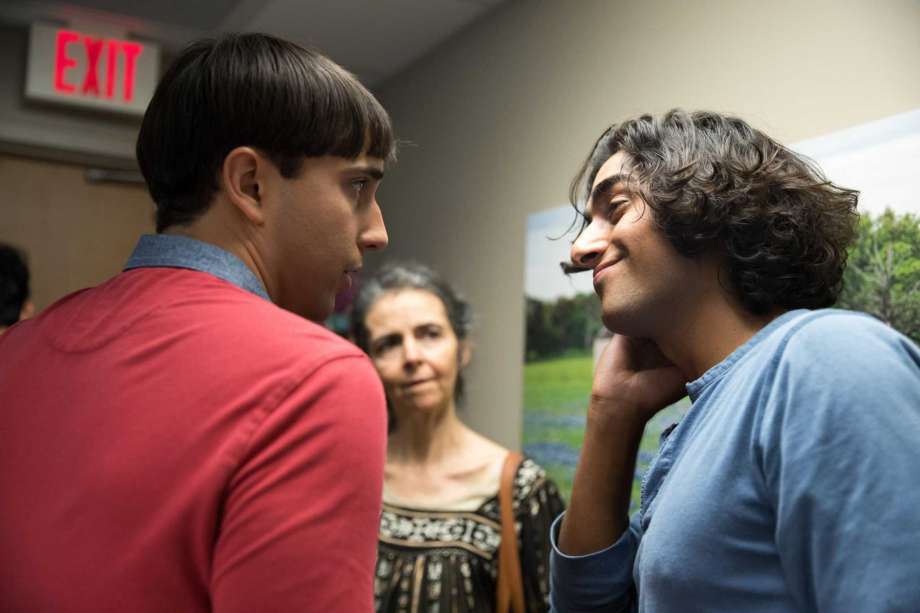 HBO today announced three short films they have selected from the 2019 Official Latino Film and Arts Festival (OLFAF) alumni to license for exhibition on the HBO distribution platforms. In line with HBO’s ongoing commitment to deliver compelling and culturally relevant programming to the U.S. Latinx audience, this partnership with the 2019 OLFAF will support the festival’s mission of showcasing, nurturing and supporting emerging creative U.S. Latinx filmmakers, as well as support culturally inclusive films and filmmakers that represent true American diversity.

The finalists were selected from hundreds of submissions and were judged by the OLFAF, in partnership with the HBO Latino team in order to find the most unique stories out there. The three winning films touched on the themes of incarceration, coming of age and the love we have for our mothers. The short films selected for distribution are “Slipping into Darkness” (directed by Alex Ferrufino, written by David Mansanalez), “The Serenade” (directed by Adelina Anthony, written by Ernesto Javier Martinez), and “PEPITO” (directed by Eman Esfandi, written by Isaac Garza). HBO will debut the films on its on-demand and digital platforms (including HBO NOW®, HBO GO®, HBO On Demand® and partners’ streaming platforms) and on HBO Latino starting on April 3, 2020.

“At a time when the most personal stories are also the most universal, the diversity of our storytellers is more important than ever,” stated Jackie Gagne, VP Multicultural Marketing at HBO. “This competition is designed to celebrate emerging creative U.S. Latinx filmmakers and their unique experiences and unsung talent that exist within the Latinx community”

Below is an overview of the selected films and filmmakers:

Follows a young Mexican American named Juanito, who is struggling to provide for his family and not follow in his incarcerated father’s footsteps. His life changes dramatically when a friend is released from prison, stirring up old bad habits. Jay is presented with a choice that could devastate his entire life. This film was created to empower the Latino community and to break the cycle of generational incarceration.

About the Director: Alex Ferrufino is of Mexican and Honduran descent, raised in Los Angeles. He has always been a talented visual artist but the heavy gang culture and violence in his neighborhood made it difficult for him to believe that storytelling could be a viable career. After witnessing the killing of his friend at the age of sixteen, he made the choice to put all of his time and energy into honing his abilities as a filmmaker. He feels he has a responsibility to tell stories that speak truth to the rough realities of his communities and hopes his stories give inspiration to young men and women who can relate.

About the writer: David Mansanalez was born and raised in Northern Californian. As a young adult, David joined the U.S. Army. After a rough 18-month tour in Afghanistan, he attended film school where he focused on writing scripts to express his thoughts and cope with his severe PTSD. Mansanalez writes to bring an authentic reality to the screen and aspires to give his people a voice and change the narrative of what the American culture perceives Latino content to be.

Tells the story of a Mexican American boy, Luis, who learns from his parents about the tradition of serenading, and why demonstrating romantic affection proudly, publicly, and through song is a treasured Mexican custom. One day, the boy asks his parents if there is a song for a boy who loves a boy. The parents, initially surprised by the question and unsure of how to answer, must decide how to honor their son and how to reimagine a beloved tradition.

About the Director: Originally from San Antonio, Tejas, Adelina Anthony is a critically acclaimed Two Spirit Xicana Lesbiana actor-writer-director-producer in film and theater. In 2012, along with Marisa Becerra, she co-founded AdeRisa Productions. Most recently, at the end of 2019, AdeRisa Productions helped to produce Ro & Shirelle, a transgender comedy written by D’Lo, directed by Adelina and starring D’Lo and Shakina Nayfack. She is a former fellow of Film Independent’s Project Involve and the Sundance Screenwriters Intensive.

About the Writer: Born and raised in East Oakland, Ernesto Javier Martínez is an award-winning queer Chicano/Puerto Rican writer and educator. He studied literature at Stanford and Cornell, and currently teaches at the University of Oregon. His work, both academic and artistic, explores how racially and sexually marginalized communities use literature and art to produce knowledge about their lives.

An absurdist dramedy about a mother who wants to hold on to the image of her little boy, even though he’s all grown up. One day, while visiting his mother, Pepito is forced to go to confession. On their way there they argue, they have run-ins with quirky church-goer personalities, nuns, and eventually, Pepito enters the confessional where he has a panic attack. This mother-son relationship is going through an identity crisis. Pepito must confront his mother, and his mother must say goodbye to her little boy. This universal story is a love letter to mothers everywhere, told through the lens of the Latino experience.

About the Director: Eman Esfandi is an American actor and filmmaker from the border town of Laredo, Texas. His mother immigrated to America from Ecuador and his father from Iran. He was raised in a household with two distinct cultures, and a town that is homogeneously Hispanic. These different perspectives have influenced heavily the way he approaches the characters he portrays and the films he makes. He wants to share the truths of being raised Hispanic, Middle Eastern, and American to emphasize how similar we can all be, while honoring how rich and unique each culture and their people are.

About the Writer: Isaac Garza is a filmmaker based in Austin, Texas who was born and raised in the border town of Laredo, Texas where he was a trumpet player in a mariachi band, played tennis competitively, and worked at his parents’ toy store. After receiving his journalism degree from Texas State University, he moved to Austin where he continues to pursue film and comedy and create.