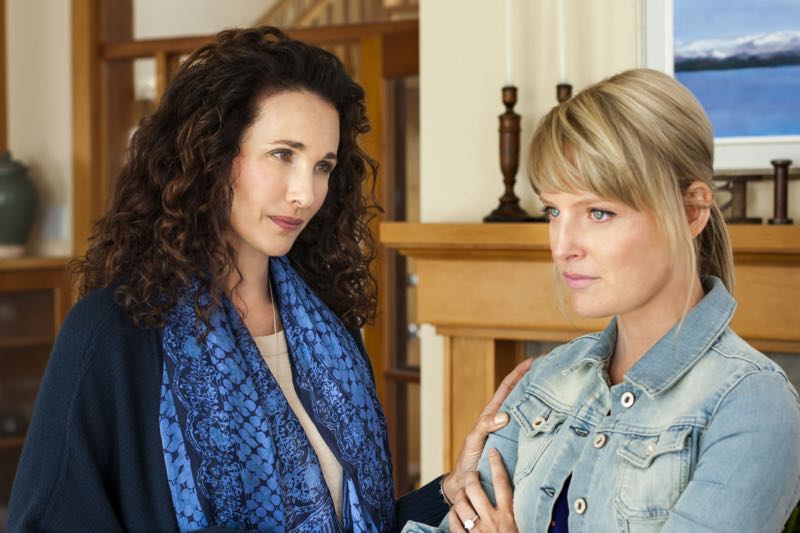 “‘Debbie Macomber’s Cedar Cove’ has captivated millions of viewers week after week with emotional, riveting and poignant stories of romance, family and friendships in an idyllic seaside town,” said Michelle Vicary, Executive Vice President, Programming, Crown Media Family Networks. “It is not surprising that ‘Cedar Cove’ is touching so many viewers, and we owe that success to our star Andie MacDowell and this phenomenal cast, as well as Debbie Macomber, and one of the best show runners in the business, Sue Tenney.  ‘Cedar Cove’ launched a new era on Hallmark Channel as our first primetime original scripted show, and we’re looking forward to its continued success.”

“I am so in love with the rich wholesomeness of ‘Cedar Cove,’” said the series’ star, Andie MacDowell.  “The well-rounded storytelling delivers my character with a sensible balance of tenacity and serenity.  I am so very grateful to Hallmark Channel for a third season and cannot wait to rejoin the cast and crew to continue making the kind of television which we can all be proud of,” MacDowell concluded.

“Debbie Macomber’s Cedar Cove” takes viewers into the majestic and inimitable world of Cedar Cove, a small but picturesque town that is home to romance, relationships and drama.  At the center of it all is Olivia Lockhart, played by Andie MacDowell, the revered Cedar Cove Municipal Court judge, lifetime town resident and loyal friend to many.  Dylan Neal plays the handsome Jack Griffith, editor of the Cedar Cove Chronicle and Olivia’s on-and-off love interest who has recently settled down in Cedar Cove for good.  As Olivia and Jack navigate their serious new relationship, everyone in Cedar Cove—friends, family and even enemies—find shocking surprises and hidden secrets are what keep this small idyllic town bursting with drama and above all, a big heart.

Season three of “Debbie Macomber’s Cedar Cove” is being executive produced by Ron French and Stephen Harmaty in association with Dan Wigutow, the Emmy® and Golden Globe® nominated producer of multiple mini-series and TV movies, for whom this is his first television series.