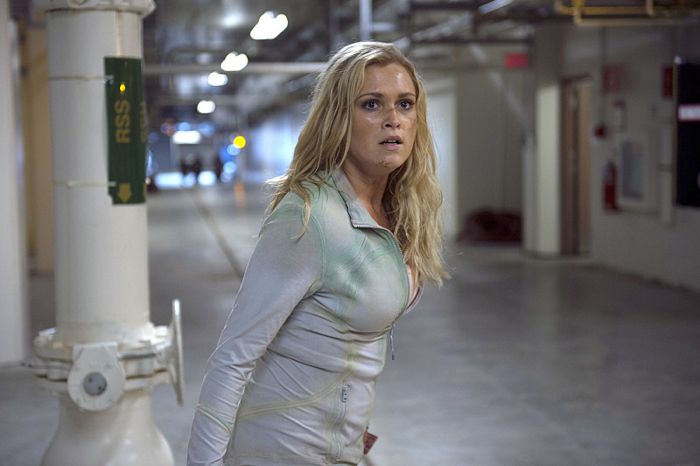 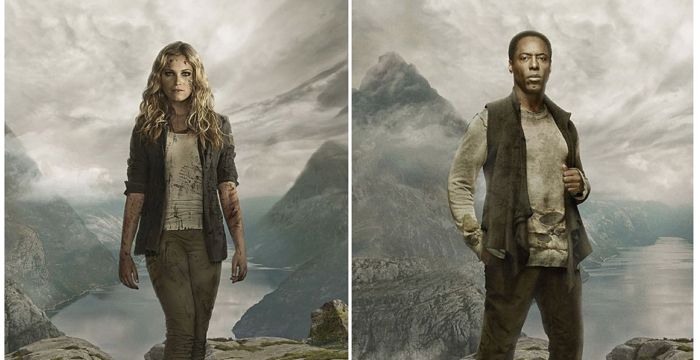 It may be good to be a king, but it is a tough journey to be a savior.  In Season 1 of THE 100, both Clarke and Jaha fought against impossible odds to save their people.  Jaha made the ultimate sacrifice to stay behind to ensure that the surviving Arc residents had a chance to make it to Earth.  Clarke fought tooth and nail for every single one of the hundred sent to Earth and who were slowly being sacrificed or picked off by the cruel residents of Earth.  97 years had not done much to earn a warm welcome when the hundred or even the Ark residents returned to Earth.  The Grounders, the Reapers and the Mountain Men were, in fact, very unwelcoming.  It has also become evident that the number one rule is on Earth: kill or be killed. Peaceful coexistence seems to be just as alien a concept to Earth’s current inhabitants as the alien Ark residents literally falling out of the sky onto Earth’s surface.

So when Clarke awoke in the Mt. Weather facility, her instinct was to find out what happened to the surviving 48 at any cost.  What she found was the 24 or so survivors from the drop-ship battle with the Grounders had been “rescued” by the Mountain Men aka Mt. Weather security team.  That’s right 24 of the last 48.  They are “the hundred” no more.  Jaha had been right from the outset when he forewarned the hundred that they were being sent on a virtual suicide mission to see if Earth was habitable.  What he could not have known was the radiation was not going to kill them, but the remnants of humanity still on Earth would.  It is to the hundred’s credit that they fought as hard as they did for their own survival.  But 24 of the original hundred speaks to a huge loss of life.  Even Clarke seems crushed to hear that so few survived.  Their last stand in the Season 1 finale was just that — a last stand.  They may have taken 200-300 Grounders and Reapers with them, but so many of the hundred had given up their lives as well.

Yet even amongst the supposedly welcoming folk of Mt. Weather, Clarke seems uncertain that the Mt. Weatherites are truly as friendly as they are trying to appear.  After all, why now?  Why did it take them so long to make an appearance to the hundred?  Why did they wait? Was there some grand experiment to see how the hundred would survive on their own?  Was it because Mt. Weather’s own resources would have been taxed beyond their limits and they need to have the hundred culled down a bit before they could “rescue” them and invite them into their cavernous home underneath the mountain?

Then Jaha only thought he was alone on the space station after the Ark broke away and crashed to Earth.  His worst fear was realized when he heard the sound of a crying baby at the end of last week’s episode.  So in this week’s episode, he will search to find that last surviving member of his doomed flock.  Who would have left a child behind?  To his horror, Jaha finds a very real baby and he must find a way to save it and him before the rapidly diminishing life support systems fail completely.

For Clarke and Jaha, their days of savior have not ended — it has just begun.  A savior’s job is never truly over when there are human lives on the line.  Jaha must use every bit of ingenuity at his disposal as the clock ticks down, and Clarke must determine whether the information she is told by the Mt. Weather folks could possibly to be true — if they do not, not only will more lives be lost, but humanity itself may not survive — for some secrets come at a terrible price.

In exclusive interviews, stars Eliza Taylor and Isaiah Washington talked about what hurdles both Clarke and Jaha must now face as the survival of the entire human race is at stake and maybe at risk based on their next decisions:

To see what miracle awaits Jaha and just what secrets Mt. Weather may be hiding, be sure to tune in for an all new episode of THE 100 on Wednesday, October 29th at 9:00 p.m. on the CW.