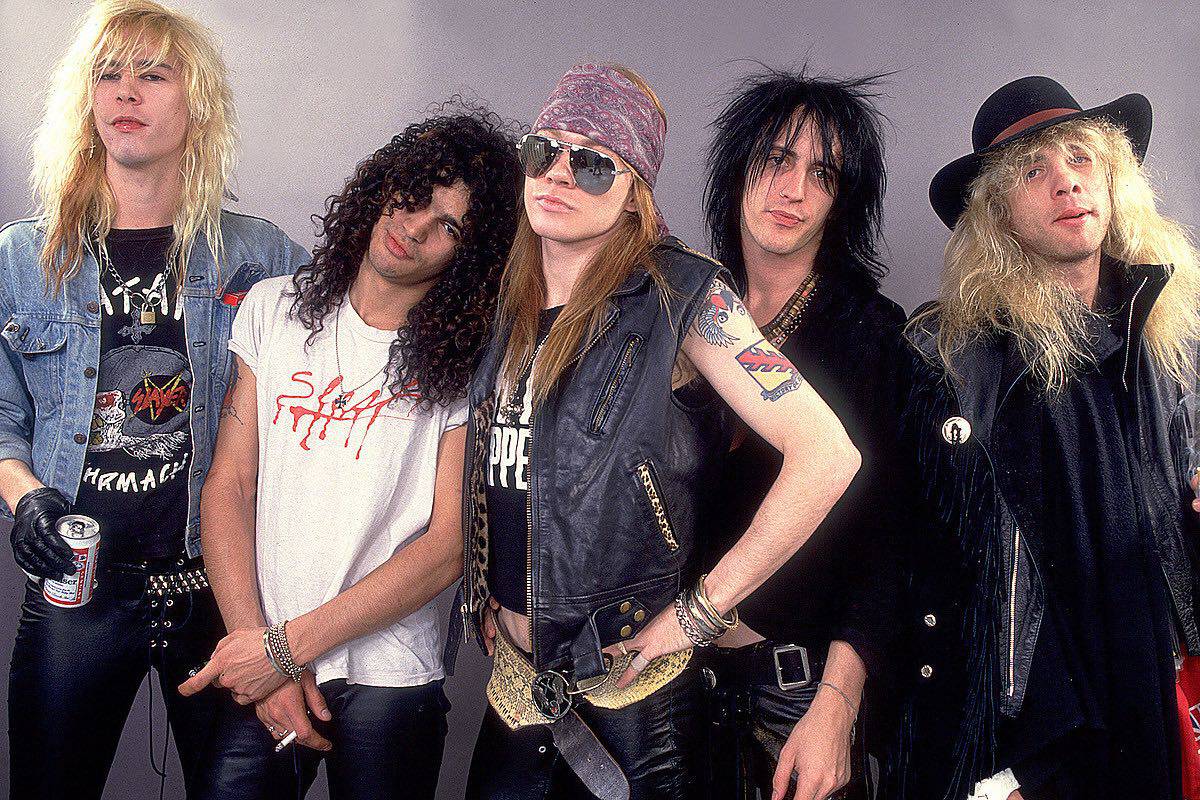 Over the past four decades, Guns n’ Roses have had more ‘rock and roll’ headlines attached to them than perhaps any other band in history. During their peak years of swagger and excess, they were the most notorious and badly-behaved rock act on the planet. Even though they’re older now, when you see a story in the press involving them and beer, you half-expect them to have drunk too much of it and done something regrettable. Instead, on this occasion, they’ve been to court to stop a cheeky brewer blatantly using the band’s name to sell their produce.

The beer in question was being brewed in California by a company called Canarchy Craft Brewery Collective, and went by the name ‘Guns n’ Rose.’ Aside from being a fairly blatant case of breaching copyright, the name doesn’t even particularly make sense. Rose is famously a type of wine, but is less well thought of as a flavoring for beer. Aside from the beer, it’s believed that he brewer was also selling badges and t-shirts in support of the beer, and that the merchandise contained a logo very similar to the one used by the band for many years. A settlement between the band and the brewery was agreed upon at the end of July, although the precise details are unavailable. It would be natural to assume that some money has changed hands, and that the band is now in profit. 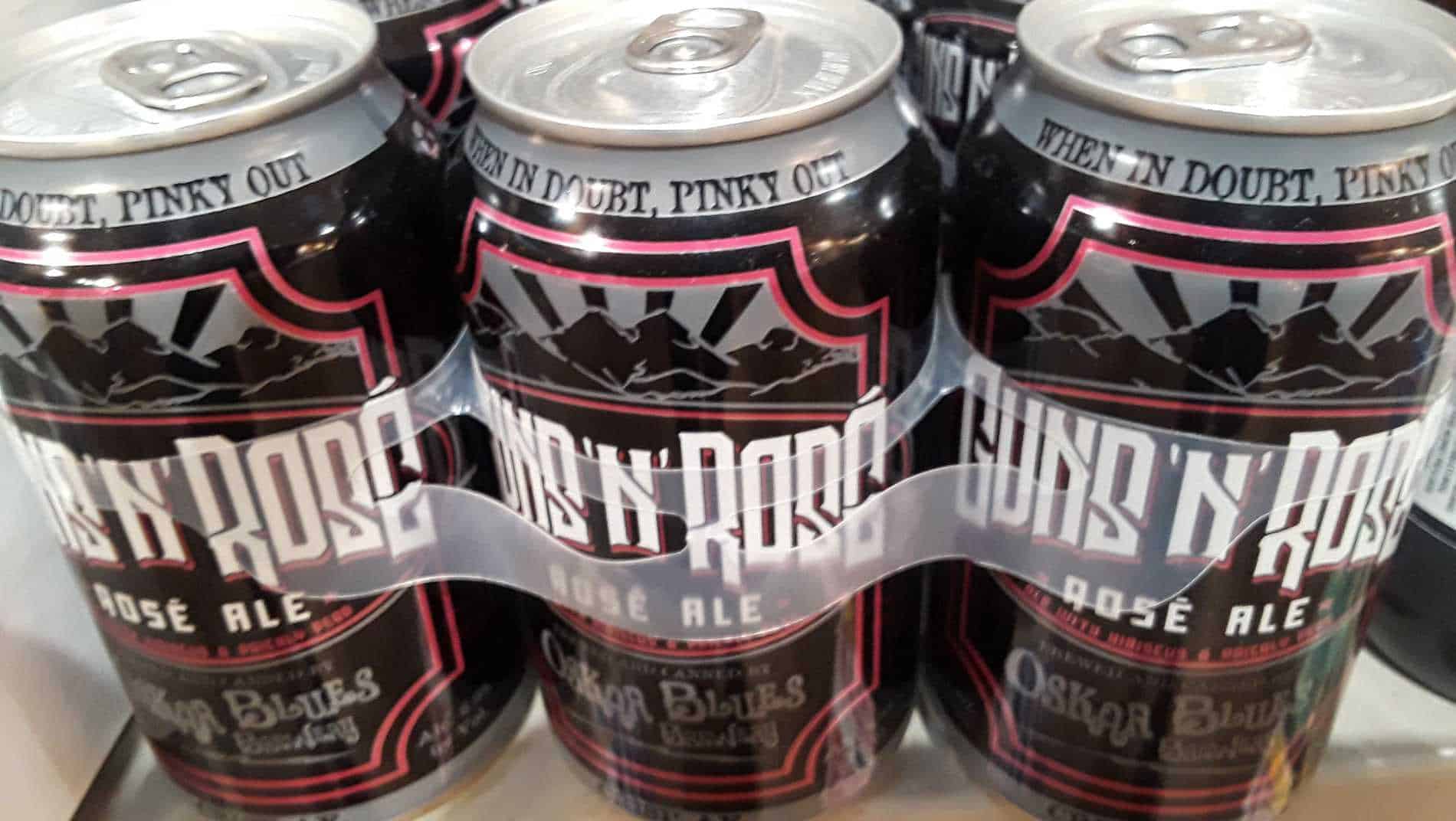 The biggest mistake the brewery probably made was failing to approach the band to agree on a deal to use their name, which they’d almost certainly have agreed to. The Guns n’ Roses name has been used to sell almost everything in the past. There’s been an official cheese of Guns n’ Roses (named ‘Sweet Cheddar of Mine’) available at Aldi stores in the UK in the past, and the band is even the star of its own UK slots casino. Every time players take a spin of the reels in the official Guns n Roses mobile slots licensed product, they get to hear one of the band’s songs in the background, and presumably Axl Rose and friends take a cut of the profits. They are at least not alone in that endeavor – fellow rock legends KISS, and Megadeth also have mobile slots named in their honor. Perhaps mobile slots are the new rock and roll – or perhaps rock bands will just take money wherever they can find it!

With the troubling case of the beer court case now out of the way, it’s to be hoped that the band can focus on the new album they’ve been vaguely promising to fans for the past few months. Guns n’ Roses don’t exactly have a great track record with this – barely any new music has been released at all since the start of the 1990s, and the saga of Axl Rose (largely on his own, without his original bandmates) struggling to complete and release Chinese Democracy was one of the longest-running jokes in musical history. Work on the album began in 1993. It wasn’t released until 2008, by which virtually every original member of the band apart from Rose had left the bad at least once, and some positions had been replaced twice. During this period, the legendary rockers played a few badly-received gigs, and largely seemed to be in a state of permanent hiatus.

As Chinese Democracy was released in 2008, the band are already beyond a decade between albums, after a fourteen-year wait for Chinese Democracy. With a little goodwill and effort though, they might be able to squeeze the delivery time down to twelve years, with 2020 sounding plausible as an option. They’re now largely restored to their original lineup, and the long history of feuds and personal issues between band members appears to be over. All of them are currently making encouraging noises about a new album being announced in the near future – although how near that future might be seems to depend on which member of the band you speak to.

Rose has told the press that ‘most of the work’ for the album has been done, and bass player Duff McKagan has been almost equally as forthright, but iconic guitarist Slash seems less convinced. He’s acknowledged that Rose has probably done most of the preparatory work that he needs to do, but in June Slash said that the work of recording the album was ‘only just getting started.’ It sounds as if songs may have been written, but freeing up every member of the band at the same time for long enough to go into a recording studio together and do something with the songs is proving to be an issue. Given that several members of the band – and especially Axl Rose – have a reputation for perfectionism when it comes to what a track sounds like on record, it might be quite some time until the album is in a state where they’re prepared to let anybody else hear it.

If there is a delay, that provides an opening for a multinational company to make an unwise gambit about its release date. When Axl Rose announced that Chinese Democracy would be released in 2008, soda company Dr. Pepper famously tried to call his bluff by promising every citizen in the United States of America a free can of Dr. Pepper if he made good on the promise. When he eventually did, Dr. Pepper made good on their promise by offering everyone a free can so long as they wrote to the company and requested one. We suspect adding that extra step significantly reduced their outlay on paying up their side of the bargain. Charitably, Rose offered to share his can with Slash, who wasn’t in the band at the time. If any large food or drinks company wants to make a similar offer this time, we’d be happy to take them up on the deal.

Even in their late 50s, a new album by Guns n’ Roses is likely to generate huge attention in the music press when it’s released. Even if they no longer possess the swagger of their youth, we expect it will still contain epic riffs and hooks. As more news becomes available (a name for the album would be nice), we’ll be sure to bring it to you right here.