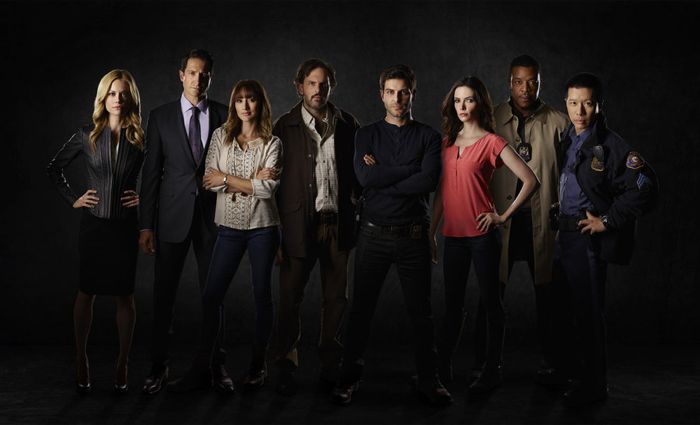 The cast and crew of NBC’s hit TV drama “Grimm,” which is set and filmed in Portland, Oregon, are supporting OHSU Doernbecher Children’s Hospital with the establishment of the Grimmster Endowment.

“Over the past few years, my fellow cast and crew members and I have fallen in love with the city. Since Portland has given us so much, we wanted to give something back,” said Sasha Roiz, who plays Captain Sean Renard on “Grimm.” “The cast visited OHSU Doernbecher Children’s Hospital not long after coming to Portland, and we were moved by the families, the kids and everything the hospital does to ensure that patients receive the best possible care in a supportive, family-centered environment. We also were made aware of the hospital’s areas of greatest need, which inspired us to establish the Grimmster Endowment, a patient-assistance fund that provides children and families critical support associated with uncompensated care, travel, lodging and other services integral to the care and comfort of the most vulnerable patients.”

Fundraising efforts for the endowment will kick off with the “Grimm Gala” at the Eastside Exchange Ballroom on Feb. 7. Comcast and NBCUniversal are underwriting the cost of the event so that all proceeds will go directly to the Grimmster Endowment. The gala is sold out.

“Grimm” fans are encouraged to support the endowment by making a donation or by participating in an exclusive online auction of memorabilia from the show. The auction is open to the public and will run from Jan. 26 to Feb. 4. Bids can be placed at grimmgala.doernbecherfoundation.org. Online auction items include the Volcanalis eye from episode 218, Monroe and Rosalee’s cake topper and wedding invitation from episode 322, and drawings from the “Grimm” book, among other items from seasons one through four.