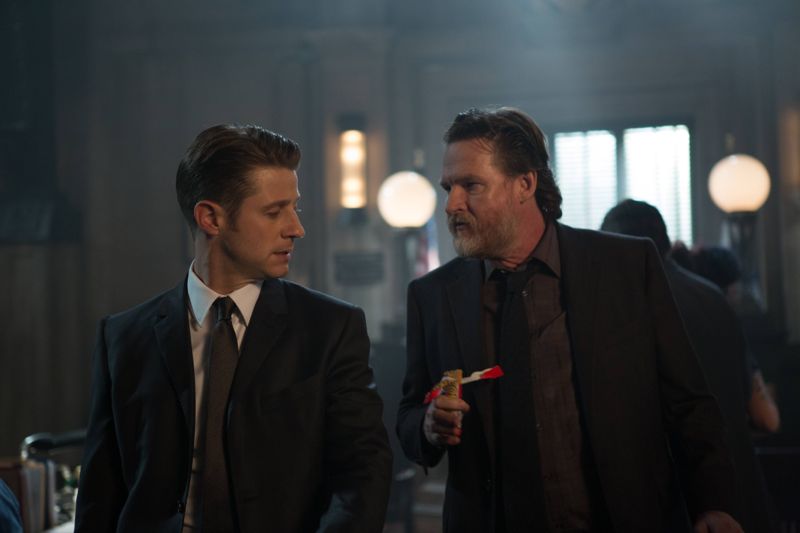 Building on the momentum of its wildly successful first season, Gotham turned up the heat with a villain-centric second season that has elevated the series to No. 2 among Fox shows*. Fans have the chance to prepare for this fall’s suspenseful third season with the August 16, 2016 release of Gotham: The Complete Second Season on Blu-rayTM including Digital HD and DVD from Warner Bros. Home Entertainment (WBHE).
*Source: Nielsen National TV View L+7 Men 12-17 US AA%; excluding repeats, specials, sports, and

The WBHE release of the Gotham: The Complete Second Season Blu-ray including Digital HD ($54.97 SRP) and DVD ($49.99 SRP) includes all 22 episodes of the series’ thrilling second, as well as fascinating featurettes, Gotham’s 2015 Comic-Con panel, deleted scenes and a gag reel. Gotham: The Complete Second Season is also available to own on Digital HD via purchase from digital retailers.

Darkness saturates Gotham in its triumphant second season as the city’s villains continue to rise from the shadows, each more ambitious and depraved than the last. As Penguin continues to solidify his control over Gotham’s underworld, the battle for power in the city has become a game of interesting alliances on both sides of the law – with detectives Jim Gordon and Harvey Bullock at the forefront of the fight against crime in the dangerously corrupt city. Season Two witnesses Gordon’s moral compass wavering as he confronts Gotham City’s most notorious criminals while simultaneously attempting to gain the trust of young Bruce Wayne, a boy now clearly on the path toward the man he is destined to be. And all the while, Gotham follows the intriguing origin stories and evolution of some of the city’s most infamous personalities, including Edward Nygma/The Riddler, Selina Kyle/Catwoman, Hugo Strange and Mr. Freeze.

“We are thrilled to release Gotham: The Complete Second Season on Blu-ray and DVD so fans can catch up and relive the exciting and unexpected twists ahead of the highly-anticipated third season,” said Rosemary Markson, WBHE Senior Vice President, Television Marketing. “The Blu-ray release offers Gotham fans the ultimate viewing experience with superior picture, optimal sound quality and an array of special bonus content, making this release a must-own DC title.”

· Gotham: 2015 Comic-Con Panel: Warner Bros. Television Presents a Night of DC Entertainment at Comic-Con 2015: Gotham
· Gotham by Noir Light: Gotham is deeply cast into the film noir technique and edgy attitude. The camera’s lens is able to pick up on the subtlety for the fans to enjoy a modern update to an age old tradition, of how to paint with shadow and light.
· Alfred: Batman’s Greatest Ally: This story is about Gotham’s take on the father/son bond between Bruce Wayne and his butler Alfred. The depth of the mythology from the comic books comes to life on the series. Poignant and powerful.
· Cold Hearted – The Tale of Victor Fries: The mix of cold blood and a warm heart. We examine the humanistic melt-down of Victor Fries in pursuit of a cure for his love, Nora.
· Character featurettes

22 One-Hour Episodes
Damned If You Do
Knock Knock
The Last Laugh
Strike Force
Scarification
By Fire
Mommy’s Little Monster
Tonight’s The Night
A Bitter Pill to Swallow
The Son of Gotham
Worse Than A Crime…
Mr. Freeze
A Dead Man Feels No Cold
This Ball of Mud and Meanness
Mad Grey Dawn
Prisoners
Into the Woods
Pinewood
Azrael
Unleashed
A Legion of Horribles
Transference

DIGITAL HD
The second season of Gotham is also currently available to own on Digital HD. Digital HD allows consumers to instantly stream and download all episodes to watch anywhere and anytime on their favorite devices. Digital HD is available from various digital retailers including Amazon Video, CinemaNow, iTunes, PlayStation, Vudu, Xbox and others. A Digital HD copy is also included with the purchase of specially marked Blu-ray discs for redemption and cloud storage through participating UltraViolet retail services including CinemaNow, Vudu and Flixster Video. 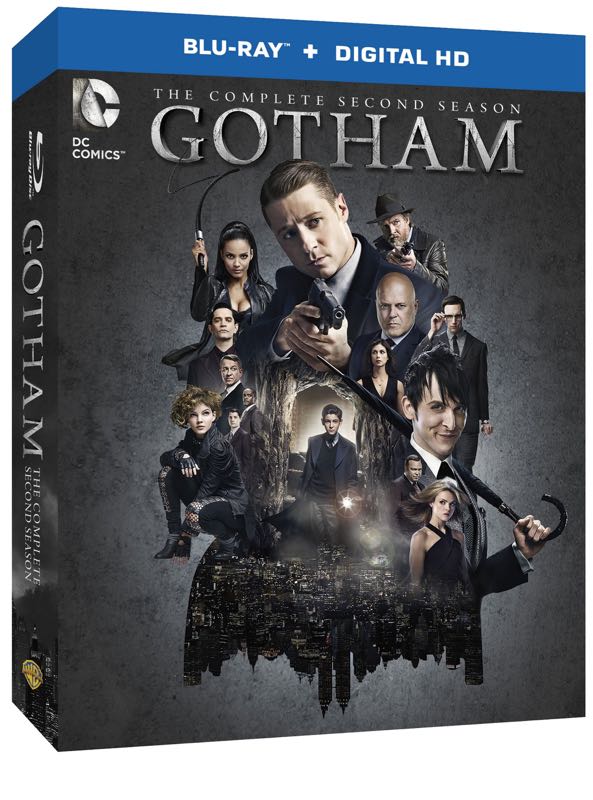 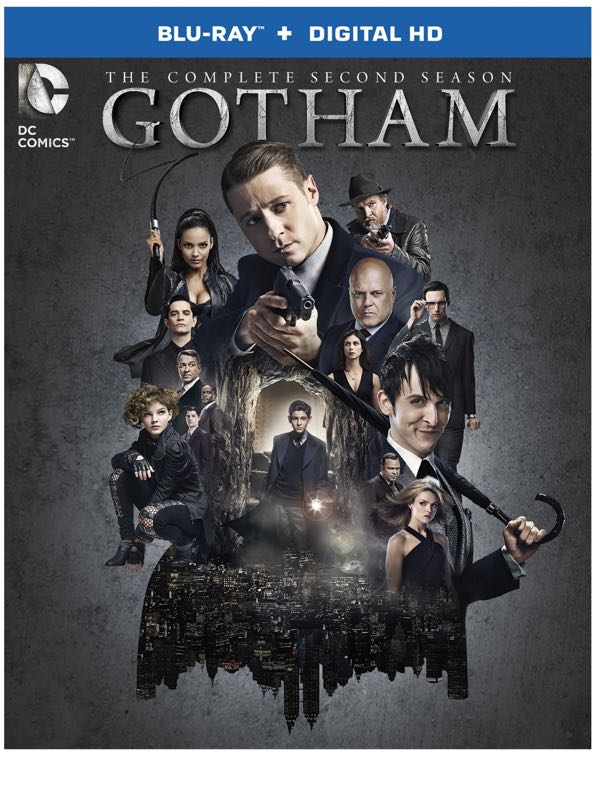 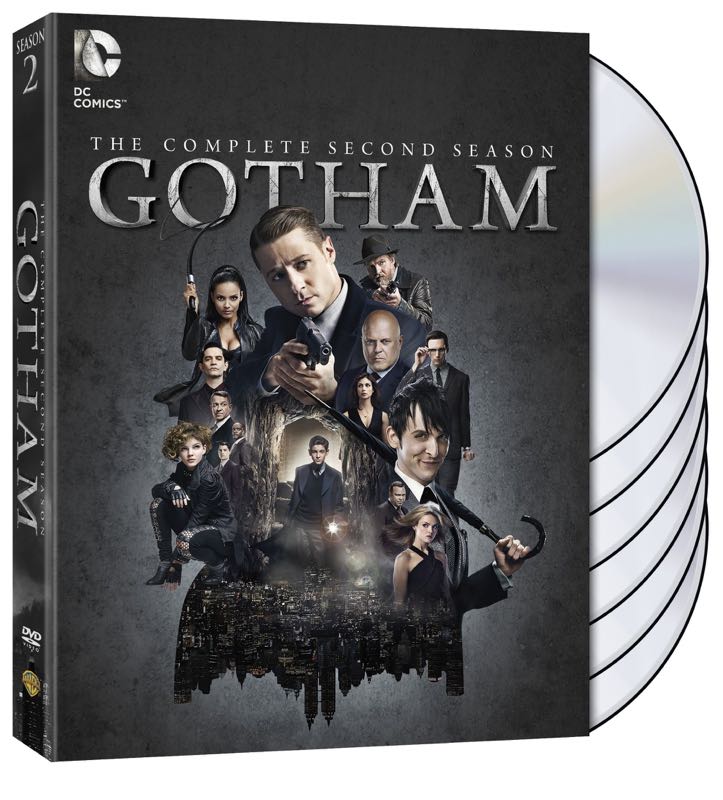 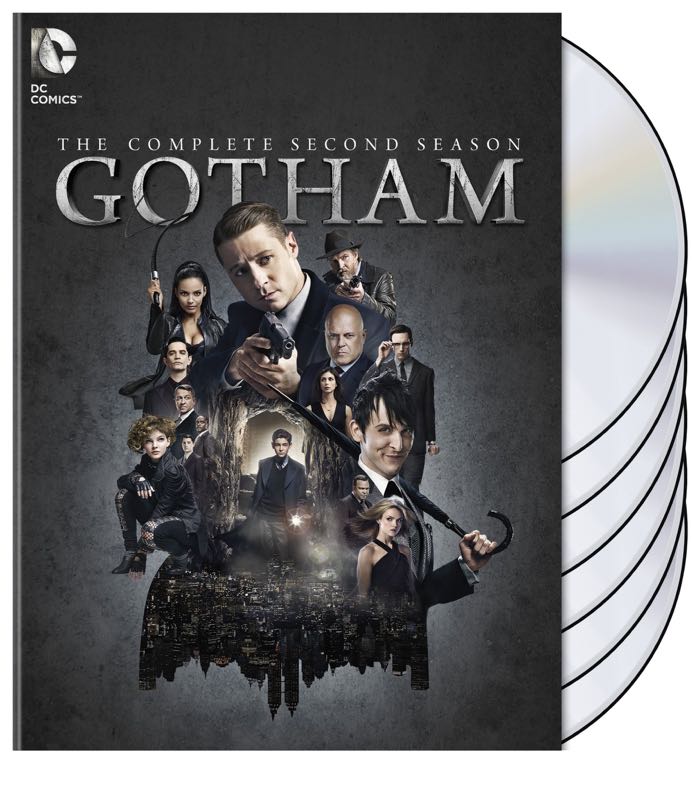