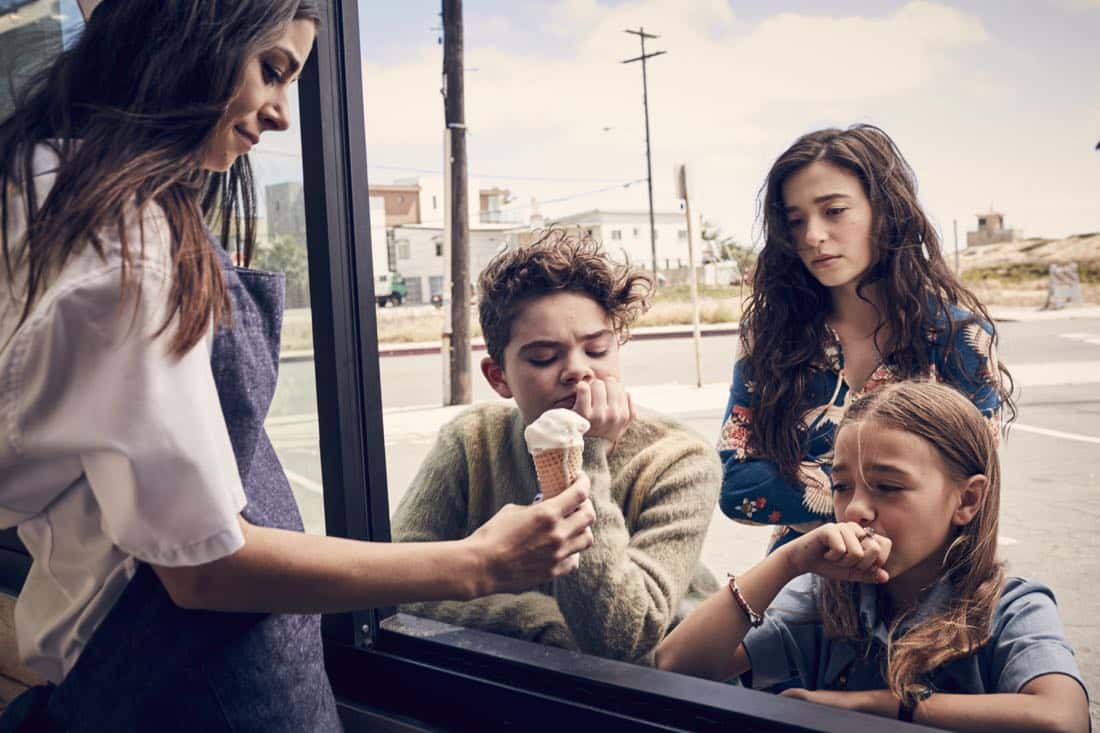 Better Things, the acclaimed and award-winning comedy series directed by, produced by and starring Pamela Adlon, will return to FX for its third season on Thursday, February 28 at 10 p.m. ET/PT, it was announced today by Chuck Saftler, President, Program Strategy and COO, FX Networks. Today FX also debuted the key art for the new season, which is attached.

Better Things is the story of Sam Fox (Pamela Adlon), a single mother and working actor with no filter, raising her three daughters, Max (Mikey Madison), Frankie (Hannah Alligood) and Duke (Olivia Edward) in Los Angeles. She also looks after her mother, Phil (Celia Imrie), an English expat with questionable faculties who lives across the street. Whether she’s struggling to keep her daughters close or trying to push one of them out of the nest, Sam approaches every challenge with fierce love, raw honesty and humor. At the end of the day, Sam’s just trying to earn a living, navigate her daughters’ changing lives, survive her family, have fun with a friend or two, and also – just maybe – squeeze in some private time.

Adlon, who directs all 12 episodes of the third season, also serves as writer, executive producer and showrunner. Better Things is produced by FX Productions.

In its first season, Better Things was one of seven entertainment programs to be honored with a Peabody Award. Additionally, in the first and second seasons, Pamela Adlon was nominated for an Emmy® Award for Outstanding Lead Actress in a Comedy Series. She was also nominated for a Golden Globe® Award for Best Performance by an Actress in a Television Series – Musical or Comedy in season two.

FX is the flagship general entertainment basic cable channel of FX Networks, a business unit of 21st Century Fox. Launched in June of 1994, FX is carried in 89 million homes. The diverse schedule features a growing roster of critically-acclaimed and award-winning hit dramas series including Taboo, Legion, Snowfall, Trust, Pose, Mayans M.C. and Mr Inbetween; the critically-acclaimed limited series American Horror Story, Fargo, American Crime Story, FEUD and the upcoming Devs, Fosse/Verdon, Shōgun and Mrs. America; acclaimed hit comedy series including Atlanta, Baskets and Better Things, and the upcoming What We Do in the Shadows and Breeders; and the upcoming docuseries The Weekly with The New York Times. FX is the former home of the critically-acclaimed and award-winning hit drama series The Shield, Nip/Tuck, Rescue Me, Damages, Sons of Anarchy, Justified and The Americans. The network’s library of acquired box-office hit movies is unmatched by any ad-supported television network.