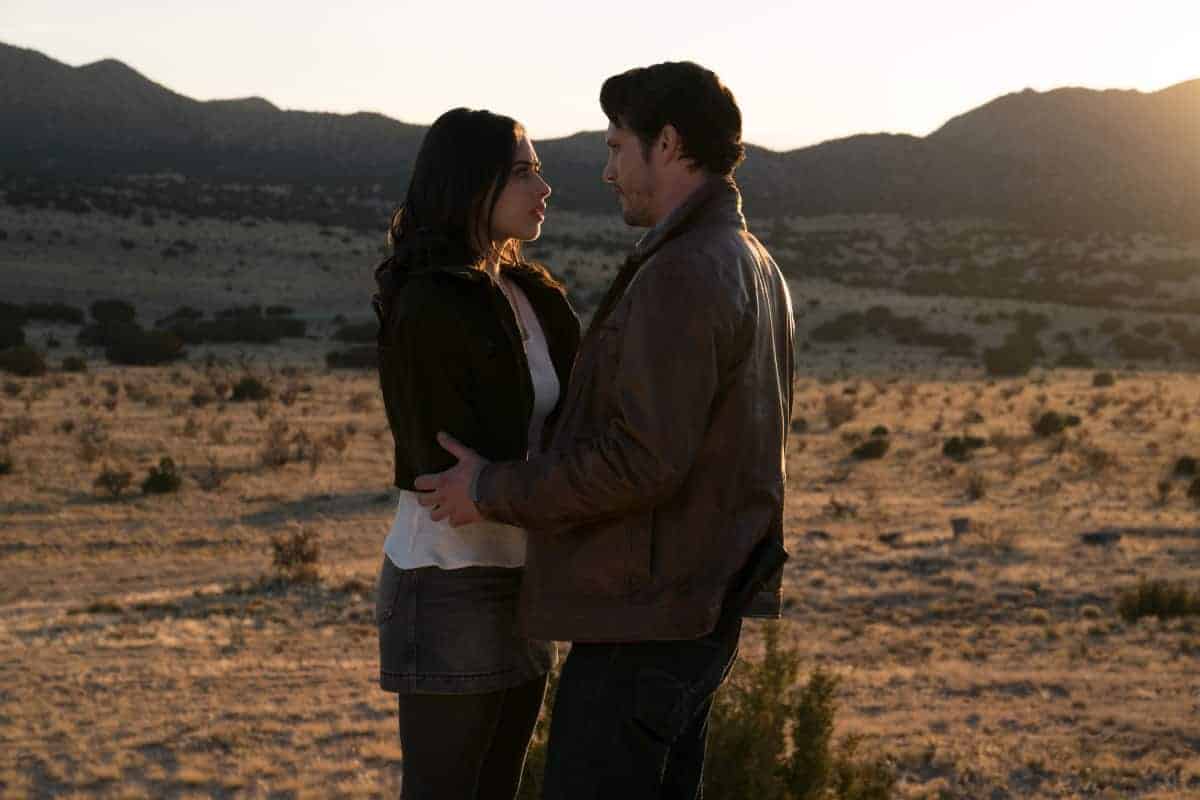 In the new CW drama series ROSWELL, NEW MEXICO, it is not a secret that extraterrestrial life is living hidden among the citizens of Roswell in the long rumored, UFO-plagued desert of New Mexico.

In a remake of the popular 1999 WB series of the same name, ROSWELL, NEW MEXICO is a modern version offering the same characters of Liz, Max, Maria, Michael, Isobel, Alex, Kyle and Sheriff Valenti — although not exactly the same, which is good as these new versions need to stand on their own.

For one, in ROSWELL, NEW MEXICO, the characters are 10 years older, which means that they have established lives, relationships and careers. Surprisingly, ROSWELL, NEW MEXICO still manages to tie its early episodes fairly close the the original ROSWELL story, so fans of the original series will see a lot of familiar moments, albeit with the new show’s own flavor and take on those special and key romantic moments. That said, there are definitely some big character changes that may surprise folks who think they know who ends up with who and why. Additional changes include the loss of Liz’s diary and the familiar Tabasco sauce tie-in. So for viewers looking to revisit the ROSWELL world, the differences may feel alien and alienating; for viewers open to change and the new viewers, ROSWELL, NEW MEXICO will be a welcome world to get to know and fall in love with. Make no mistake: ROSWELL, NEW MEXICO is a romance; and these are the kind of aliens you will happily give your heart to.

As a fun nod to the original 1999 series, it is cool to see executive producer Kevin Kelly Brown has returned and Shiri Appleby guests as a director on ROSWELL, NEW MEXICO. Also cool, VAMPIRE DIARIES star Paul Wesley also directs in the show’s first season.

ROSWELL, NEW MEXICO as reinvisioned in the deft hands of Julie Plec and Carina Adly MacKenzie, both coming from THE ORIGINALS and THE VAMPIRE DIARIES worlds, smartly cast are fan-favorites Nathan Parsons as Max Evans, Michael Trevino as Kyle Valenti, Riley Voelkel as Jenna Cameron, and Claudia Black as Ann Evans. The casting Tyler Blackburn, of PRETTY LITTLE LIARS fame, as Alex was also inspired. Even better was casting Jeanine Mason in the pivotal role of Liz Ortecho, who carries the alien mystery effortlessly and reminds us why we should care.

Familiar elements in ROSWELL, NEW MEXICO include things like the Liz wearing the classic alien headband and uniform in the Crashdown Cafe, the reveal of the alien pods, the glowing handprint, the military presence circling closer and closer, Kyle finding himself swept up in events he doesn’t fully understand, and Liz and Max being irrevocably drawn to each other — for better and worse.

With the characters older, the stories seem a bit more dangerous in ROSWELL, NEW MEXICO. The heightened stakes and peril surrounding them makes even the smallest scenes pivotal. It helps to pay close attention, even for those who think they know what is coming. At the heart of the mystery embedded throughout ROSWELL, NEW MEXICO is: who killed Rosa Ortecho, Liz’s sister? That answer is a lot closer to home than anyone them know and it will change everything.

You are invited to get to know what makes ROSWELL, NEW MEXICO so special and addictive by watching its premiere on Tuesday, January 15th at 9:00 p.m. on the CW. It will then be available on Wednesday, January 16th to view online through the CW app. Make a date with an alien — you are going to have an alien blast!