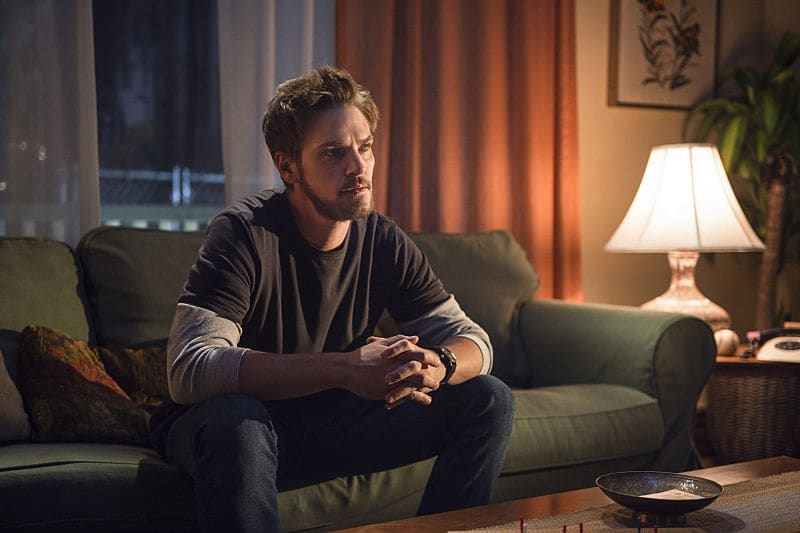 The CW’s new drama series FREQUENCY delves deep into what happens when you change just one small thing in the past and how it can have a dramatic effect on the future. The “butterfly effect” can be devastating if one is not prepared to make significant sacrifices. Starring Peyton List and Riley Smith as the father-daughter duo who find a way to communicate through a ham radio across time, FREQUENCY is a tale of family and justice. It’s a daughter wanting to connect with the man she never knew as her dad because he died too soon, and it is a quest for justice in tacking a killer who has eluded the police across the decades. Trying to get a few answers, I spoke with star Riley Smith at this past summer’s Television Critics Association tour about the key part his character plays in FREQUENCY.

Do you and Peyton actually ever get to film together and share a scene?
RILEY: [Laughs] So far, when one of us is on camera, the other one’s hiding in a corner. There’s some stuff coming up. That’s exciting.

How does your character view Peyton’s character Raimy at the end of the first episode?
RILEY: I think for Frank, he’s thinking: “if this is a way to get my daughter and life back, I’m on board.”

Does he feel curious about Raimy and her life?
RILEY: The circumstances — there’s a bigger objective that trumps everything else. So there’s moments where they’ll take moments to get to know each other for a minute and then it’s back to the bigger picture.

In your mind, who is the villain in this story?
RILEY: [Laughs] We don’t know yet!