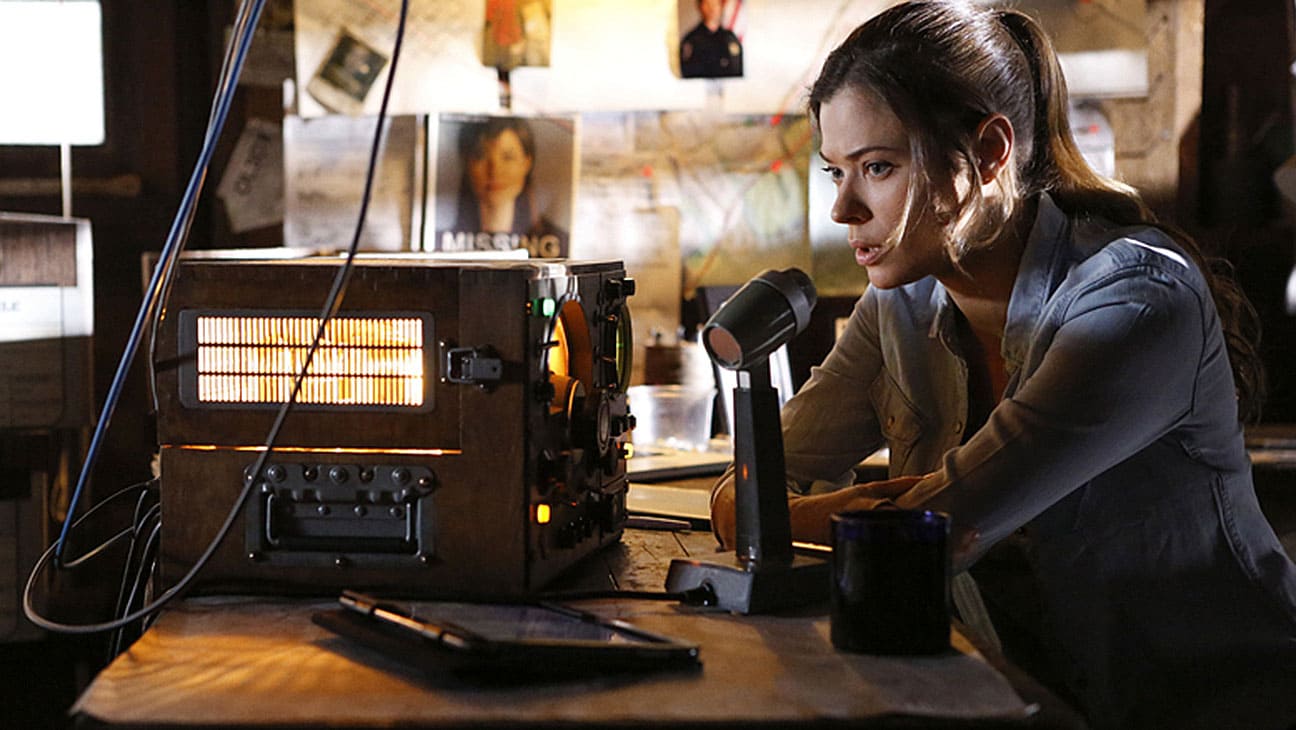 The CW’s new drama series FREQUENCY delves deep into what happens when you change just one small thing in the past and how it can have a dramatic effect on the future. The “butterfly effect” can be devastating if one is not prepared to make significant sacrifices. Starring Peyton List and Riley Smith as the father-daughter duo who find a way to communicate through a ham radio across time, FREQUENCY is a tale of family and justice. It’s a daughter wanting to connect with the man she never knew as her dad because he died too soon, and it is a quest for justice in tacking a killer who has eluded the police across the decades. Trying to get a few answers, I spoke with star Peyton List at this past summer’s Television Critics Association tour about the key part his character plays in FREQUENCY.

FREQUENCY is a tremendous new show with a strong pilot episode.
PEYTON: Thank you so much. We all are holding our breath. We put our nose to the grindstone and everybody was so focused on trying to make like the best pilot. And at the end, we were all kind of like, “Oh wow, like it actually turned out!” That’s amazing. So we’re all really proud and we’re actually really relieved and happy to get back to work.

Obviously, the father/daughter relationship is a big part of the show. How will that develop?
PEYTON: Well, you know, we’re still doing it all through the ham [radio]. We haven’t yet caught up with Frank in 2016. So right now, they’re just people on two different pages trying to solve that mystery and trying to figure out who the killer. But it’s interesting. Like Raimy’s life is falling apart, whereas he’s getting his life back on track. And trying to explain to him that like, “No, but things are really, really bad here.” So as we move forward, it’s sort of like finding a balance together — how to be a daughter while they have their own personalities and blood — but they’re still strangers.

They start off as strangers, but by the end of the first episode it seems like they’ve made a connection.
PEYTON: They do. It’s baby steps. And those connections are victories. It’s really, “Oh, we have this in common and we have this situation the same, and we can relate over this” — and especially her mom. It is this thing that they have in common. So they try to find their way through and I think those moments are really beautiful, but those are really like subtle moments of our show.

Do you and Riley [Smith] actually ever get to film together?
PEYTON: Yeah. We understand a little bit of like with flashes of like when maybe 2010. There are all kinds of different possibilities in terms of like how the timeline fluctuates.

How would you say Raimy and Frank view each other at the end of the first episode?
PEYTON: I think for Raimy, she’s going, “we need to put our heads together — like two heads are definitely better than one. You’re a cop, I’m a cop. If we really think this through, we can figure it out.”

Are they curious about each other to some extent? I mean they don’t really know each other.
PEYTON: They don’t. But it’s not always like, “I want to get to know you.” They are not always aware of it either. Like those moments might go past them. They won’t go past the audience, hopefully, as much, but it’s like in real life. Sometimes you don’t realize that it happened until you think back and think, “Oh, that was a bonding moment.” Frank and Raimy have that quite a bit. They’re not particularly social butterflies, so it’s something of a bumpy road as they navigate their relationship. I’m a fan of the Timmy Hawk — you have to move, you have to know. It makes people do things more impulsively and that makes it good.

Do you know who the villain is?
PEYTON: I don’t actually know. I mean we know their is a killer. We just don’t know who that is yet. I feel like hopefully we have not created more villains by what we have done. That’s the issue with the whole “butterfly effect,” right?