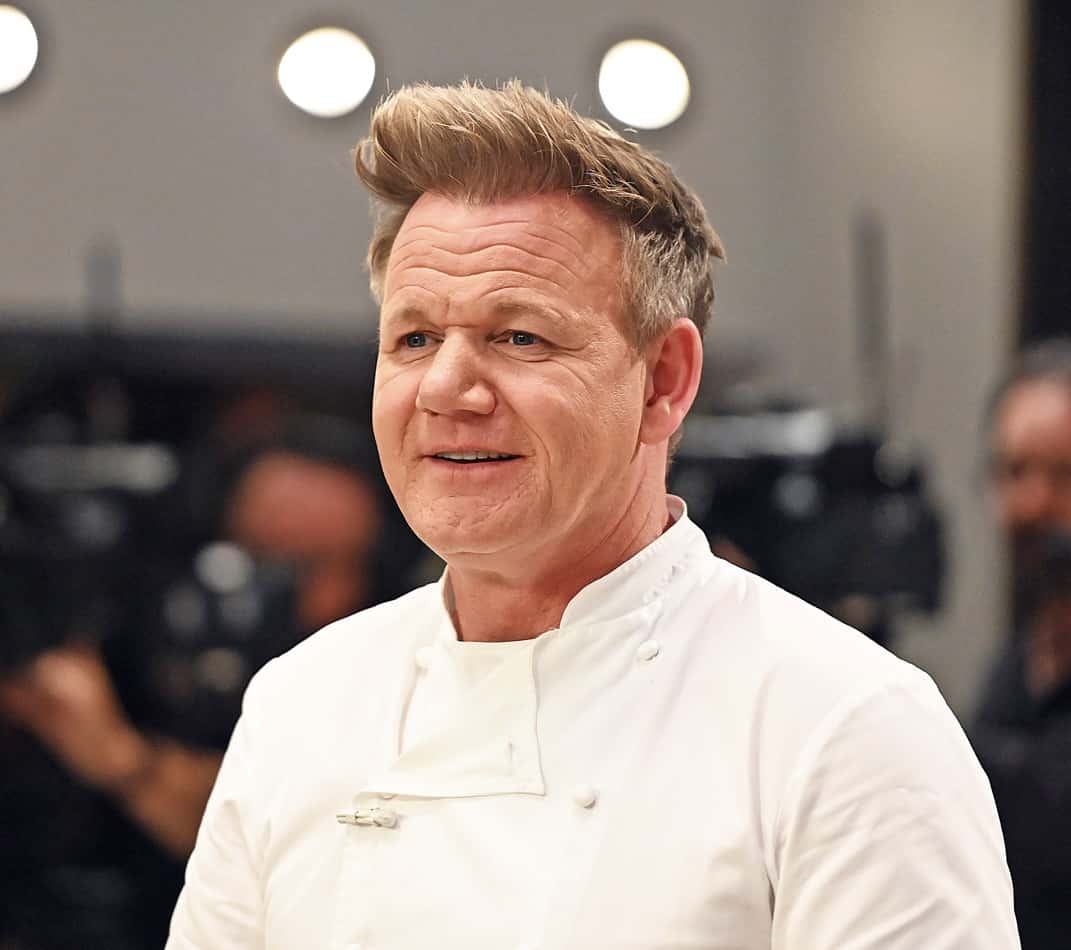 Award-winning chef, restaurateur and presenter Gordon Ramsay puts his knives aside as he hunts for the most exciting and innovative new food & drink entrepreneurs in his brand-new competition series, GORDON RAMSAY’S FOOD STARS.  This time, he’s prepared to put his money where his mouth is, by backing the winner with an investment to take their idea to the next level. But to win Ramsay’s support, it will take more than just a great idea. As he pushes contestants to their limits through a series of relentless challenges, they’ll have to prove they possess the raw ingredients required to succeed – drive, dedication, creativity, passion and talent.  Being the last entrepreneur standing will earn the winner a life-changing reward. They just need to survive Gordon Ramsay — the only angel investor. GORDON RAMSAY’S FOOD STARS is produced by Studio Ramsay Global and FOX Alternative Entertainment (FAE). Ramsay serves as executive producer, Lisa Edwards serves as executive producer and Danny Schrader serves as executive producer and showrunner.

“It has always been incredibly important to me to support and foster the endeavors of the next generation of extraordinary culinary talent,” said Ramsay. “GORDON RAMSAY’S FOOD STARS challenges me to do exactly that, all while raising the stakes with my own investment and a whole new level of mentorship and challenge, pushing those with the skills and drive to make it all the way to the top. The future of our food industry has never been more exciting, and I can’t wait for audiences to follow our search across the country as we unearth some of the most entrepreneurial talent out there.”

“Launching a culinary business is challenging enough.  Building it into a successful enterprise is an entirely different animal.  Gordon has accomplished both many times over,” said Wade. “One of the world’s elite chefs and the embodiment of a true entrepreneur, he will tap into his deep well of culinary skills, acute business acumen and ability to take risks in this new series to challenge, mentor and inspire our contestants to bring out their best and find his next protégé. Fueled by the momentum of NEXT LEVEL CHEF, GORDON RAMSAY’S FOOD STARS is the perfect show to next come out of the gate as we continue to grow Studio Ramsay Global together.”

NEXT LEVEL CHEF, the first series to launch out of SRG, was the season’s #1 (tie) new entertainment series in A18-49 after launching on FOX in January of 2022. The series premiere of the culinary gauntlet competition show ranked as the highest-rated debut of the season in A18-49 and was the #3 most-streamed FOX unscripted debut ever, drawing 4.1 million viewers across Hulu and FOX NOW to date. Season Two of the series will debut Sunday, Feb. 12, 2023 following Super Bowl LVII on FOX.

Produced by Studio Ramsay Global and FAE, NEXT LEVEL CHEF is the next evolution in cooking competitions, with a one-of-a-kind culinary gauntlet set on an iconic stage that looms over three stories high.  Each level contains a stunningly different kitchen — from the glistening top floor to the challenging bottom of the basement, the ingredients match the environment, because Ramsay believes the true test of great chefs is not only what they can do in the best of circumstances, but what kind of magic they can create in the worst! Joined by two elite names in the food world, chefs Nyesha Arrington and Richard Blais, Ramsay once again will open the competition and scour the country for the very best line cooks, home chefs, social media stars, food truck owners and everything in between and take them under their wings. With a level playing field, each cook will compete with the goal of finding the food world’s newest superstar! Gordon Ramsay, Lisa Edwards and Matt Cahoon serve as executive producers on NEXT LEVEL CHEF.

Additionally, FOX Entertainment’s streaming platform, Tubi, will launch a Gordon Ramsay FAST channel, as it increases its linear offerings to complement the platform’s current lineup of more than 100 sports and local news channels.

Viewers can currently watch Season One of NEXT LEVEL CHEF with On Demand, Tubi, FOX NOW and Hulu.

Renowned for highly successful and award-winning original programming, Emmy-nominated and BAFTA-winning Gordon Ramsay produces TV shows on both sides of the Atlantic, seen by audiences worldwide in more than 200 territories, and he is the only talent on air in the U.S. with six primetime national network shows. He hosts and executive-produces NEXT LEVEL CHEF, HELL’S KITCHEN, MASTERCHEF, MASTERCHEF JUNIOR, GORDON RAMSAY’S 24 HOURS TO HELL AND BACK and the upcoming GORDON RAMSAY’S FOOD STARS, all on FOX, in addition to specials, including 2021’s “Gordon Ramsay’s American Road Trip.”

In 2021, Ramsay and FOX Entertainment announced their leading new worldwide production venture, Studio Ramsay Global, to develop, produce and distribute culinary and lifestyle programming for FOX, Tubi and global markets.His earlier multimedia production company, Studio Ramsay, was launched in the U.K. in 2016 to create and develop unscripted, digital and scripted programming, focusing on new formats and innovative programming, as well as fostering new talent. Its shows include GORDON RAMSAY’S 24 HOURS TO HELL AND BACK, which was the highest-rated food show of 2019; “The F-Word Live With Gordon Ramsay”; “Gordon Ramsay: Uncharted,” on National Geographic Channel, which airs in 172 countries and 43 languages worldwide; the ratings hit and BAFTA-nominated “Gordon, Gino and Fred’s Road Trip,” for ITV; “Gordon Ramsay’s Bank Balance,” on BBC1; the daytime cooking series “Culinary Genius,” which premiered on ITV in the U.K., and was syndicated on FOX stations in the U.S.; the ITV series “The Savoy” and “Gordon on Cocaine”; and the highly popular children’s series “Matilda and the Ramsay Bunch,” starring Tilly Ramsay, for U.K. children’s channel CBBC.

Studio Ramsay Global Digital Division is behind all of Ramsay’s original content on his highly successful YouTube Channel, which has made Ramsay the most subscribed chef on the platform. The 18-34 dominated channel launched the trending interview series “Scrambled,” and is also behind the highly successful “Ramsay in 10,” which went live during the global COVID-19 pandemic. Studio Ramsay Global Digital oversees and creates content for all behind-the-scenes moments from Studio Ramsay linear programming, has produced content for National Geographic and “Masterclass,” and produces recipe content across Ramsay’s 90 million plus Social Media reach, including his breakout TikTok account.