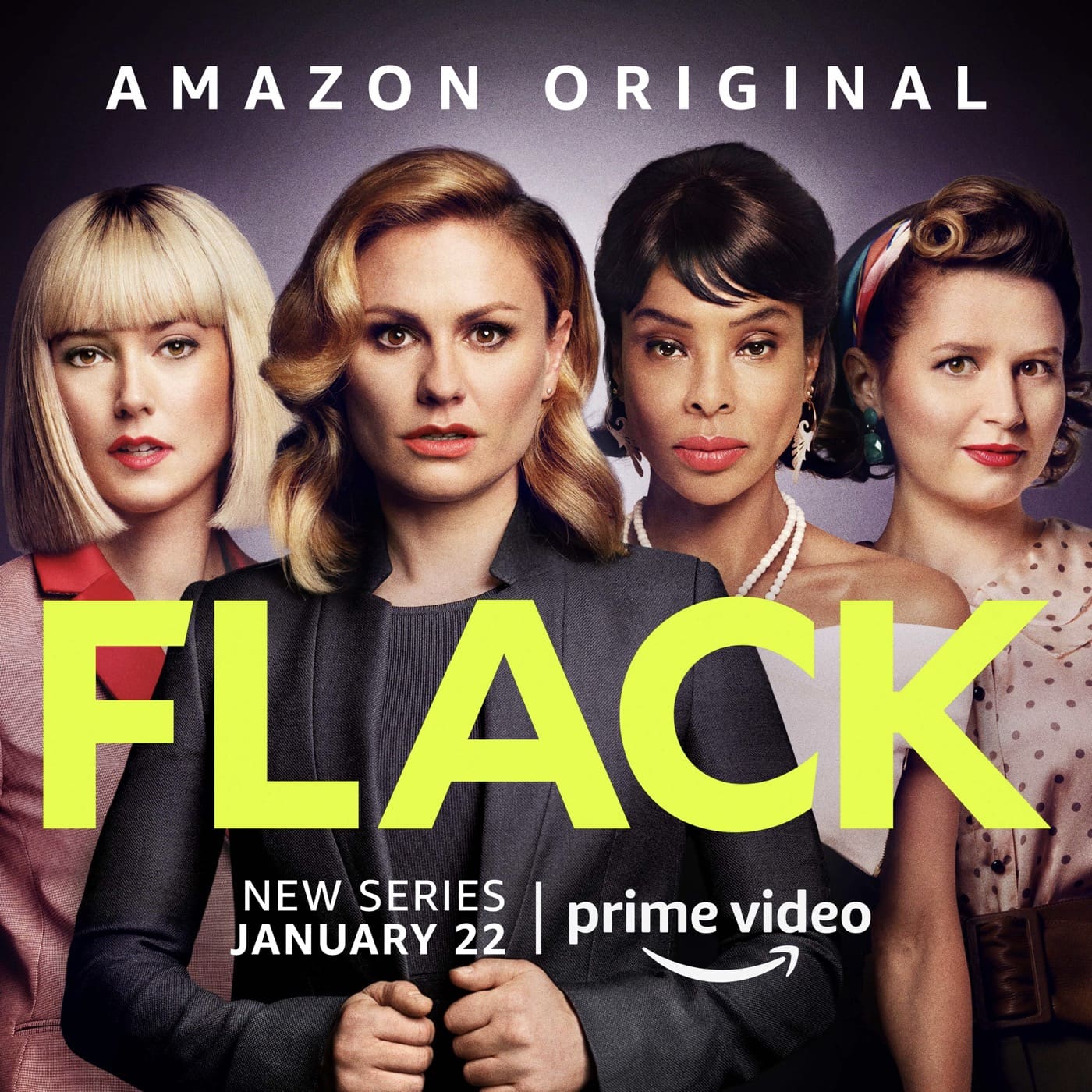 The official trailer for season one of Flack, starring Anna Paquin, is available now. All six episodes of the first season will premiere on Prime Video January 22, 2021 in the US and Canada. Season two will premiere at a later date in 2021.

Created and written by Oliver Lansley (Whites, FM), Flack is set in the world of high-stakes public relations and exposes the dark underbelly of cleaning up clients’ messes. Anna Paquin plays Robyn, a sharp and witty publicist – a flack – who’s an expert at her craft, but is completely self-sabotaging when it comes to her personal life. Flack centers on Robyn and her four quick-witted and relentless flackers who must figure out how to make the best of bad situations and somehow manage to come out unscathed.

Equal parts drama and comedy, Flack reflects the brutal reality and complexities of our modern and hyper-connected life, where anything can go viral for the wrong reasons in an instant. The series’ loveable antiheroes will shock you with their self-destruction – but have you rooting for them anyway in this dark and brazen comedy.