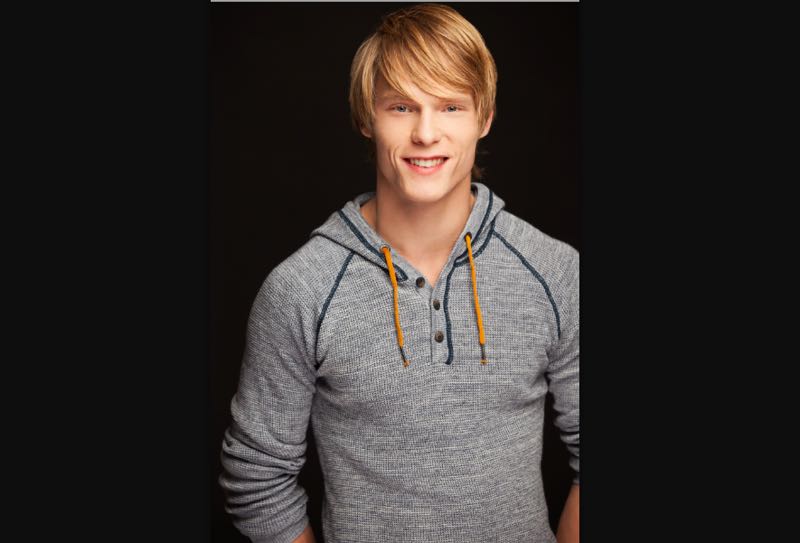 From FALLING SKIES to WAYWARD PINES, Dakota Daulby seems a bit drawn to post-apocalyptic worlds and the rich and rewarding characters that such worlds offer for an actor looking to stretch and grow, and dabble a bit with darker themes. In an exclusive interview, Dakota previews his new character Griffin and what it was like playing in the WAYWARD PINES universe.

What drew you to the role of Griffin and the show WAYWARD PINES?
DAKOTA: I have a couple friends who work on the show so I started watching and was instantly drawn in by the unique way they decided to tell the story, visually, as well as all the political and environmental commentary it has as an undertone. I think it can be rare now-a-days to have a major network take chances, so the fact that Fox is doing it with this show is so cool. Plus, getting the chance to work with such creatively invested producers like M. Night Shyamalan and Shawn Williamson, when the offer came up it was something I had to do.

How do you describe who Griffin is and where his mindset is at when we meet him in the episode “Time Will Tell”? Do you see him as a hero?
DAKOTA: In this episode you’ll get to meet Griffin. Now, Griffin is an interesting dude. Aside from some unique physicality, which I can’t say too much about, he’s a kid who’s been swept up in the chaos and violence of the world in which Wayward Pines is set. I imagined him as a wolf cub – I know it sounds funny – but he’s a cub because he’s alone, scared, but still isn’t afraid to attack if he’s threatened. I found Griffin was extremely overwhelmed and confused by what he’s seen and needs someone to tell him he’s going to be okay, someone to look after him, which he hopes he’ll find in CJ (Djimon Hounsou). I never really thought of Griffin as a hero or a villain. I think you’ll find that he’s more of a symbolic character. He represents an interesting blend of human and beast, how the two sides fight for control over us. This fight for humanity is a major theme this season and I think our writer, Anna Fricke, personified it beautifully in the character of Griffin.

What was fun about that role for you?
DAKOTA: It’s always great when you can completely transform yourself in a role. For me, that’s when acting becomes the most fun. With Griffin, Jeff Thomas, our director, Shawn Williamson and myself all just went for it. His appearance, his physicality, even the way he speaks is different. We made him into a character that is mysterious and draws the audience in.

Then what was the funnest part about working on WAYWARD PINES?
DAKOTA: Television at times can be challenging because of the fast paced nature of it. It doesn’t usually afford the actor a lot of time to really dive into the work; that’s what was different and awesome about Waywards! Jeff gave Djimon and I the time to get it right. He didn’t rush us, and since the chemistry between the two characters was so essential, it really made the whole shoot so much fun. Plus, I got to work with Djimon Hounsou! I mean, I have literally been watching this guy since I was twelve years old. I used to pretend I was Russell Crowe and that we were in Gladiator together, although I didn’t tell Djimon that!

Had you seen the first season before you got the part and did the twist that the show takes place so far in the future surprise you?
DAKOTA: I’ve been a fan since the beginning, and when that big reveal happened I was literally in shock. I mean, I was watching with my buddy so he’ll back me up on this – it was one of those moments where you sit on your couch in complete silence, unsure how you’re going to manage to get anything done for the rest of the day. I think I spent the next forty minutes contemplating life.

If you were to wake up and find yourself suddenly thrust into the future like that, would you be able to adapt or would it freak your mind out? And what would you miss the most?
DAKOTA: Watching this season, I was shocked how calm Dr. Theo (Jason Patrick) was when he got to Wayward Pines, because honestly if that was me I would freak the f out! I mean shit would go down! Let’s just say they’d probably throw me over the fence because I would not be a very productive member! What I’d miss most would be swimming. I love the water and have grown up on it, so to live in a world where you can’t go to the lake would be a very, very sad world. Again, that would probably result in me going over the fence!

What do you see as the creepiest aspect of the WAYWARD PINES world?
DAKOTA: I find Jason Higgins’ communist type regime that he has in place over the town very disconcerting. It reminded me of my time on FALLING SKIES where I played Kent Matthews, who was part of a similar type of regime. I just can’t imagine living in such a controlled world. I find the show depicts the struggles and repression that the people who live under those types of regimes must go through. It makes you really appreciate the freedoms we sometimes take for granted.

Which actors did you enjoy working with most?
DAKOTA: I probably hinted at it with my fanboy spiel earlier, but to work with Djimon Housou was a dream come true. He’s a consummate professional, and his ability to act so naturally is something to be admired. I was nervous going into it, though, not sure what to expect, but what surprised me is how easy it was. He’s there to make the story and show the best it can be. That’s it. No ego, no other crap. I’m the type of actor who likes to collaborate, and that’s what the entire experience was. I think Djimon and myself made some really interesting scenes, and I feel the audience is going to respond to it.

Your career has really grown since your time working on FALLING SKIES. What roles do you think you learned the most from and what did those roles teach you?
DAKOTA: You learn from everything. Every role, every audition. In this business you have to constantly develop and get better. I’ve been lucky to do some really cool projects, and one of the best experiences came in an indie film called “Black Fly”. It was an awesome horror thriller written and directed by Jason Bourque. [http://www.blackflythemovie.com/] It was my first time being a proper lead, in every scene, and it was a test. It showed the importance of preparation, and why guys like Djimon have done so well, because they work their asses off before they step on set.

What continues to excite you about being an actor and working in television and film?
DAKOTA: Acting’s fun, that’s it. I’m literally doing something I did when I was a kid. I get to wake up every morning and play. Sure, this industry is difficult, but everything is difficult. Since that’s the case, why not wake up and do something you love?

What advice can you offer to other aspiring actors?
DAKOTA: Keep your eyes on your own page. It’s too easy to become distracted by what other people are doing and to forget how far you’ve come. Also, go out and experience things; travel, go to concerts. People get enveloped in this industry and forget to have a life. So my advice to them is to have a life. The richer you can be as a person, the better your acting will be.

What is next for you that you can share and talk about?
DAKOTA: I’m super excited about a film coming out called “Warrior’s Gate”. It’s an awesome fantasy epic that’s been masterminded by Luc Besson and directed by Matthias Hoene. It’s a fun story starring Dave Bautista and Sienna Guillory about a teenager who gets transported to ancient China and learns to convert his video game skills to that of a Kung Fu warrior! All I can say is that I’ll be playing a villain…naturally, and that we’re all excited for its premiere in Asia this year!

To see the interesting role that Dakota plays this season in WAYWARD PINES, be sure to tune in Wednesday nights at 9:00 p.m. on Fox. 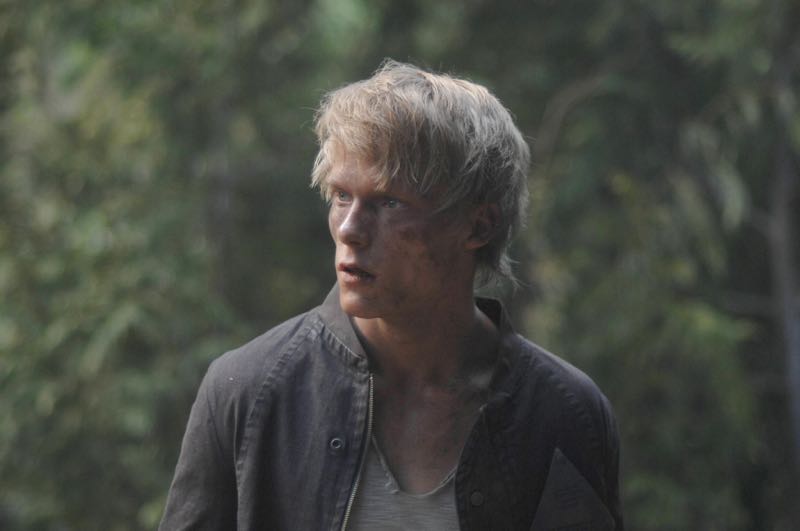