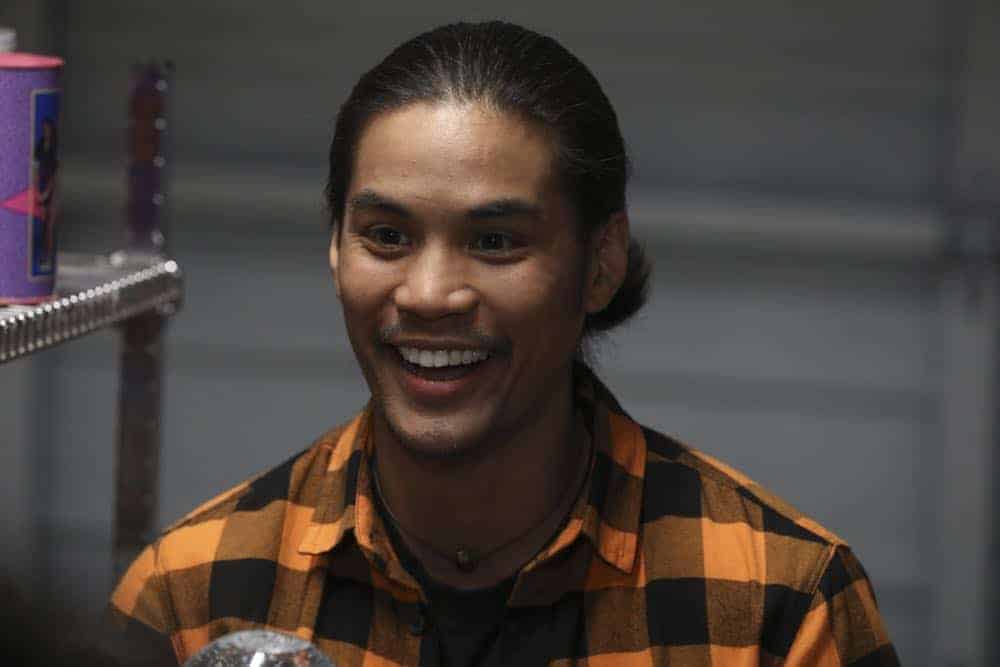 In the ABC Summer drama TAKE TWO, Xavier de Guzman portrays a technical assistant who finds himself solving crimes with a private investigator and a world-famous actress court-ordered to shadow him. It is an unusual working arrangement, yet it provides for a fair amount of comedy among the crazy crimes that they investigate. Xavier’s performance brings a lot of humor to the show and his enthusiasm blends in nicely to a cast that appears to be having a great time working on the show. In an exclusive interview, Xavier talks about how appreciative he is for the opportunity to work on TAKE TWO and reflects on how tricky it can be to pursue a career as a working actor.

What was the initial appeal for you about portraying Berto and working on TAKE TWO?
XAVIER: #RepresentationMatters

How would you describe who Berto is in the series?
XAVIER: On the surface, Roberto is the tech savvy assistant. You need info, he’s your guy. But, on the inside, Berto is still trying to get that seal of approval from Eddie [Eddie Cibrian] as redemption from his misguided past.

What do you most admire about him?
XAVIER: His hair styles. [Laughs] I didn’t know this long hair took so much maintenance. First day on set, my hair stylist asked me what I used on my hair, to which I replied, a hat. But also that he really does have the best intentions when it comes to helping Eddie, even if it means having to tell Eddie that he’s wrong.

What is it like working alongside Rachel Bilson, Eddie Cibrian, and Alice Lee on TAKE TWO?
XAVIER: Always a treat. Especially in the later hours of the shoot and people are getting tired, they all maintain such positive energy that the crew feeds off of to get through.

How would you describe the dynamic between Berto and Monica?
XAVIER: Monica [Alice Lee] is what Berto isn’t. They’re team work to help solve a case encompasses the widest range of categories from Berto ID-ing unique registrations and licenses to Monica’s in-depth analysis of why a certain person might commit a crime.

Any favorite scenes that you can share from working on the series?
XAVIER: Any scene where, for whatever reason, the lines just don’t want to come out. But the best part is when the cameras stop rolling, the lines flow effortlessly. You won’t catch it in the show, but every episode had at least 1 of those moments.

What challenges did you face working on the film and how did you overcome them?
XAVIER: I’d say the biggest challenges came from the longest days. Where we would have multiple tasks on top of the stacked amount of scenes we’d have. The latter part of the season, balancing interviews and post production needs like ADR all while the show progressively became more in depth with character development, that was intense. But the cast and crew with their attitudes helped, and our ADs being on the ball herding us where we need to be was amazing.

Has TAKE TWO left an impression on you in your life? If so, in what way?
XAVIER: It being my first series regular role, now that we’ve finished, so many doors are opening up. It’s definitely pivotal in terms of where I am in my actor’s journey.

Then as an actor, what has been the one thing you have taken away from the experience of working on TAKE TWO?
XAVIER: “I can do it.” Me, not naturally being a tech guy, the mouthful of dialogue that me as Xavi, isn’t used to saying, has been a task, I often doubted my prep, but I come through. Then being on set and seeing how much more dialogue Eddie and Rachel [Bilson] put in, is insane. And they do it with a smile. Which helped me mentally get ready for the days where Eddie and Rachel would have off, then it would be me in every scene of the day. And I did them. So it is given me that confidence to be able to know I’ll be ready for when I’ll be number 1 on a call sheet.

You also worked on “Man Seeking Woman” portraying a character by the first name Xavier, which must have been a fun coincidence. What did you appreciate most about that experience?
XAVIER: That characters’ name was originally Ben. The writer told me he loved my name, and since he also loved my audition, he changed up the name. So, I appreciate the fact that my mom named me that… because I’m pretty sure my name helped get me the role. [Laughs]

What has surprised you most about your career so far?
XAVIER: That I’m still doing it after the amount of rejection I’ve faced. I’m clearly a special kind of crazy! And I’ve accepted it.

At this stage of your career, what do you think you have learned from the roles and projects you have worked on?
XAVIER: There’s way too many lessons to list. But if I had to give one common one, is that: you can learn from anyone… whether it be the most seasoned actor to the greenest of green directors. Give em’ a chance.

Then what are the perks of where you are in your career right now?
XAVIER: Perks? That I’m on a big network show, but because I’m not a big name yet, I can still enjoy going out in public where I’m still anonymous. And to be quite frank, the money is pretty comforting, especially coming from a near empty bank account. You can see that story on my Instagram.

What has been your proudest achievement as a working actor at this point in your career?
XAVIER: When I successfully completed two stage plays, running simultaneously, during the same festival, as main characters. Apparently, I’m a lot better at memorizing than I thought.

Has there been any great advice you have gotten about working as an actor?
XAVIER: Personally? No. But the advice that’s given over my two favorite things to watch over YouTube (thank goodness for technology): Variety’s Actors on Actors, and James Lipton’s Acting Studio, I’ve heard many great things that have resonated. And hearing multiple actors reiterate the same piece of knowledge is comforting and reassuring. “Just let it go… / just be present… / take a leap… / etc.” But one interview that resonates with me is from Will Smith where he says he will be the hardest working person in a room (because hard work will always beat talent that doesn’t work hard). From that day I’ve vowed never to be outworked, because that factor is in my control.

What advice would you offer to other upcoming and aspiring actors?
XAVIER: Don’t do it. [Laughs]. It’s hard. Its full of rejection. People get depressed. Dreams get crushed. You get judged on so many aspects that make you feel insecure. Did I mention you’ll be rejected? If you want to make a lot of money, there’s a better chance of becoming a CEO of a company. BUT… If none of this matters… okay, maybe try it, and I’ll be happy to give you any advice.

Do you have any other upcoming projects that you can share that fans should keep an eye out for?
XAVIER: I hope every project I’m working on can be expected and anticipated. Follow me on Instagram for more inside scoops.

All new episodes of TAKE TWO currently air Thursday nights at 10:00 p.m. on ABC. To see exclusive sneak peeks from upcoming episodes, be sure to follow the show on Twitter @TakeTwoABC. Then to follow Xavier’s career as it continues to grow, you can follow him on Twitter @xdeguz.