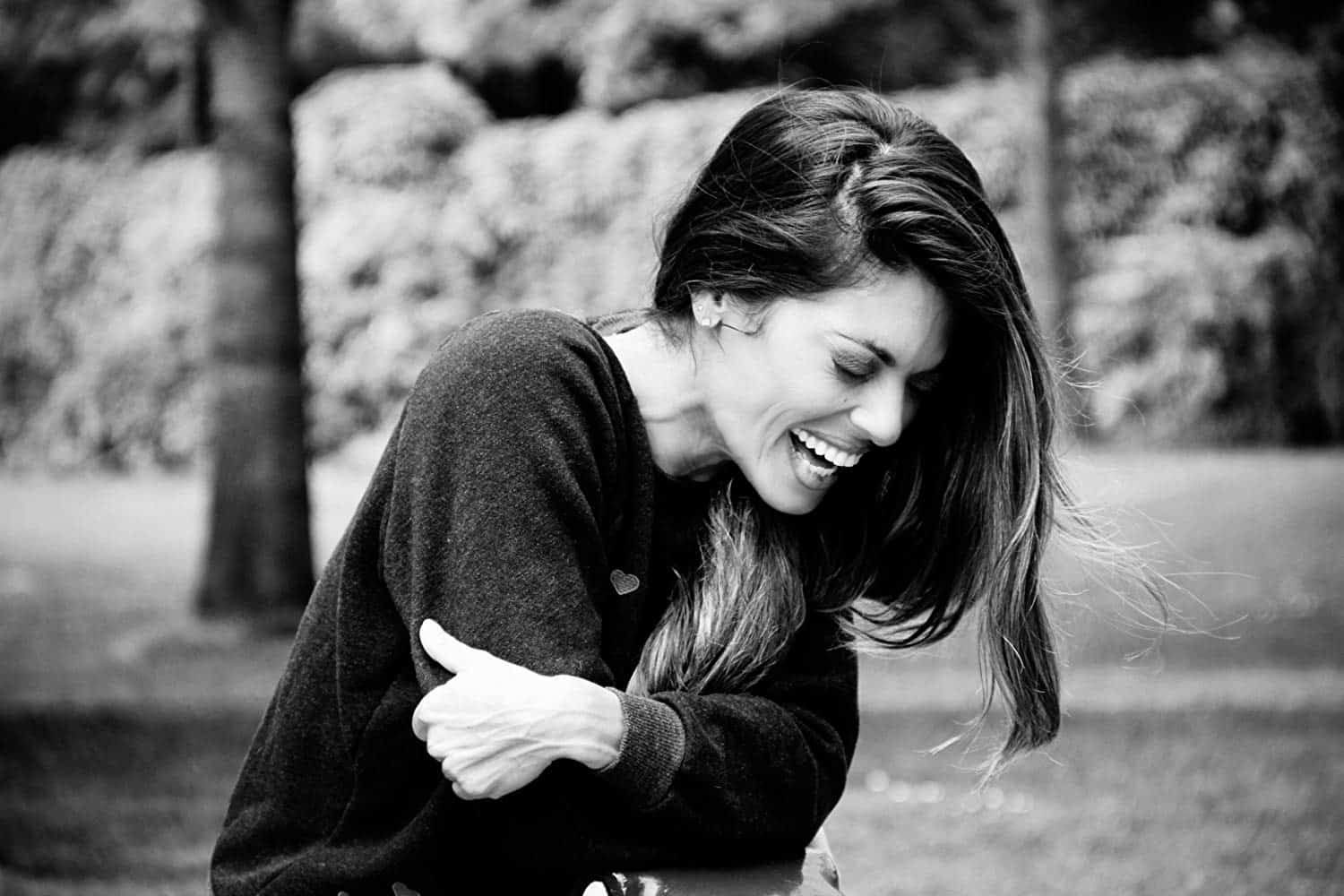 It can be one’s secret desire to have a twin, or it can be one’s worst nightmare. In the new Lifetime movie “Killer Twin,” Kendra Walker (Lindsay Hartley) discovers that having a twin is in fact a living nightmare. In a world where there is someone who looks exactly like you, it can be tricky trying to keep track of who is who and even those closest to you may have trouble figuring it out. In a riveting performance, Lindsay Hartley brings the terrifying tale of Kendra Walker and her troubled twin Amber to screen in Lifetime’s “Killer Twin.” In an exclusive interview, Lindsay talks about the appeal of tackling a project where she plays identical sisters.

Talking a little bit about your project with Lifetime called “Killer Twin,” maybe you could just talk how your approach to play the role of Kendra and working on this film.
LINDSAY: Well, I was a little bit stressed on making sure I play them differently, so that you’d buy the story more because it’s clearly me and it’s just me. Everyone’s watching is going to know it’s just me and that kind of messed with me a little bit. I tried to figure out how I could maybe make them a little bit different as far as their personality and I also mapped out two days before we started filming, their story, what happens for each of them and then how whatever happens relates to the other twin; so that I could kind of get an idea of their journey clearly. That’s how I prepped for it.

Did you want to do a film where you played dual roles like this?
LINDSAY: Oh my gosh, totally. Are you kidding? I was so pumped. When I found out I was like, “Yeah!” Absolutely, 100%. It was so much fun and the actual crew and cast of that particular production was the best crew and cast I’ve ever worked with in my life. They’re so happy. It was such a team effort. Everybody really wanted to have a great time and make a great movie, and have fun doing it, be creative in the short amount of time.

How would you describe the differences? Who is Kendra versus who is Amber?
LINDSAY: Kendra is pretty much — I want to say she’s the “lucky one” but sounds like something Amber would say, right? She’s the “lucky one.” Kendra, she got adopted into a family that had a lot of money at a very young age. She grew up in a very privileged lifestyle but always was a kind person and humble person. Worked hard, became a teacher, cares about students, cares about children, she cares about education. She’s a really good person and happily married, ready to go further to have a family. This is kind of the phase that she’s in her life right now, ready to have children of her own. Amber is, because of circumstances, she got messed up. Who knows what would have happened if they both would’ve gotten adopted at the same time. Because they didn’t, and Amber was super sensitive and didn’t understand because she was super young when the other sister was taken from her. I think she was three. She grew up in a not healthy environment at the orphanage, and that kind of shaped her personality. She finally gets out at 18 and sees that her twin is super successful and has everything that she ever wanted and she just snaps.

Do you think this is a product of circumstances opposed to Amber just having a bad nature to begin with?
LINDSAY: Yeah, yeah. In the opening scene they did a good job of setting up with Amber is the way she is and Kendra is the way she is.

Is there any reason we should root for Amber to succeed in any of this or is we supposed to be completely on Kendra’s side?
LINDSAY: [Laughs] I think you’re supposed to just feel like it’s an easy choice — especially when Amber starts killing people.

Obviously, this film gave you a lot of range to play with. Did any particular scenes stand out for you or do you just appreciate the project as a whole?
LINDSAY: I did appreciate the project as a whole, but there’s a ton of things: everybody I worked with and I loved working with the guy that played my husband — Jason Cermack. He was so much fun. Just a super present. The director was super present and creative and just the vibe of it was just so healthy. It was so much fun. My favorite I thing is finally having the twins meet each other at the end of the movie and come face to face. It was hard to film because I didn’t have anyone to act off of or anything and a lot of times I had to change clothing quickly because you couldn’t really shoot it all at once. You shoot one side and you switch clothes and shoot the other. We tried to do everything from one girl’s perspective and then come back and do everything from the other girl’s perspective. There was a lot of acting by myself, which is tricky and especially that climax scene. I was so nervous because I didn’t have anyone to act off of. I didn’t know how I was going to do it. I had an idea of where about my characters were going to go, but you never really know until you’re in the scene. I had to kind of just have faith of the other girl was responding well to the other girl. It was fun. But the joke was that I was in every single scene at the movie except for the opening and that’s because there was a flashback of my characters. So I was busy. I was busy for the entire three and a half weeks.

That’s pretty fast actually. Are most of your projects that fast?
LINDSAY: Yeah, they are. Lifetime’s are pretty fast. They do them quick.

What was it like working along Jason Cermack and Candice Hunter on the film?
LINDSAY: Great! Jason is super talented, and like I said, super present. A lot of fun, a team player and talented. He works quite a bit up in Canada. Candace, on the other hand, I think this was her first big project. She was fantastic. Again, another super present person willing to do whatever it takes to have fun and make super. This was kind of a dream come true for her. She’s always wanted to act, but life had led her in different directions. It’s a recent thing. She was just hired just as she decided to get back into it and she booked this job. She was just amazing. Just loving. It was just a great set to work on.

For Canadian film projects, they all work together quite frequently, so it’s like being a family for them.
LINDSAY: For sure. I’ve actually worked with a lot of the media crew before on Lifetime, so that’s always nice. I just got back from Ottawa and I didn’t know a single person out there. So all of them — falling in love with the girl that plays my daughter in that movie — you just get lucky. It’s so nice, what we do for a living. We’re so blessed. We’re so blessed to be able to perform and hope that whoever’s watching gets a moment of swept away in what they’re watching. It’s just forgetting life for a moment. And we get to meet people, like lifelong friends while we’re doing what we love to do. It’s a gift.

Actors go through such rapid change. You’re constantly going from project to project and you are working really crazy hours in the midst of it. And at times, it must feel like you are working all over the world. How do you adapt to all that?
LINDSAY: I just love it. I don’t know. It’s like you kind of wait for that. You’re hoping for that. So when it happens you’re like, “Yep. Let’s go. Let’s do it.” That [project] in Ottawa had really crazy hours on that one. I played a character that had DID — Dissociative Identity Disorder, multi personalities. That one was hard one. Sometimes you get to relax in these movies. Playing Kendra [in this film], whenever I had to play Kendra on set, odds are she was in a very good space. Yes, she got worried and then when her best friend dies, she obviously breaks down. But for the most part, it was easier and more comfortable to play a “good girl” because they come from a loving place, opposed to when you play a “bad girl” who is killing people. That takes a lot of effort. It’s kind of funny actually, but to fake kill somebody, you get kind of tired afterwards. To go after somebody, it’s kind of tiring. Then Bethany Brown, she’s another actress that was on “Killer Twin” — she was just awesome. She plays my character’s, Kendra’s best friend. She’s great too. Super talented. I just love her to pieces. Great energy. Everybody was just so happy and working hard.

There’s a great quote by Jessica Lange, where she says: “The body remembers.” She was referring to her career of playing abused women or women who have been in difficult situations on screen. Would you say that’s true for the kind of role where you play Amber, where you’re having to be so violent? Your body still remembers all of that in a weird way.
LINDSAY: I don’t know if I’ve ever really. I will say when I was playing Theresa on PASSIONS for so long — or being on a soap opera for so long— I feel that, for sure. But when you’re doing a character for so many years, you can kind of just walk on set and not have to think about where you’re coming from or who you’re talking to. It’s just programmed inside of you because you’ve done it so often. You don’t have to worry about being upset, if the scene calls for it, because you’ve done it before. It’s another side of you, in a weird way. I guess I can see what she’s saying, but I don’t know if that is something I have felt. Obviously, she’s played tons of incredible roles. She’s gone super deep and it’s happened to her because she’s super talented. I can understand the concept with that working on daytime.

Actresses and actors are put in such physical situations, whether it’s being asked to be put in cold water or a trauma situation, and one could be like, “Whoa, my body is going to remember this.”
LINDSAY: Yeah. When I come back from a trip, it’s gone — right out the window. I’ve moved on because it was so much work and I had to just get back to reality. Because it’s really hitting the ground running. As soon as you walk off that airplane, odds are you’re going straight to a wardrobe fitting. You’re gonna have that night off and you may have one day off the next day, then you are on set, first thing, the following morning, ready to go. Then you’re on the go for the whole time. [Laughs] It’s just non-stop. I just love it.