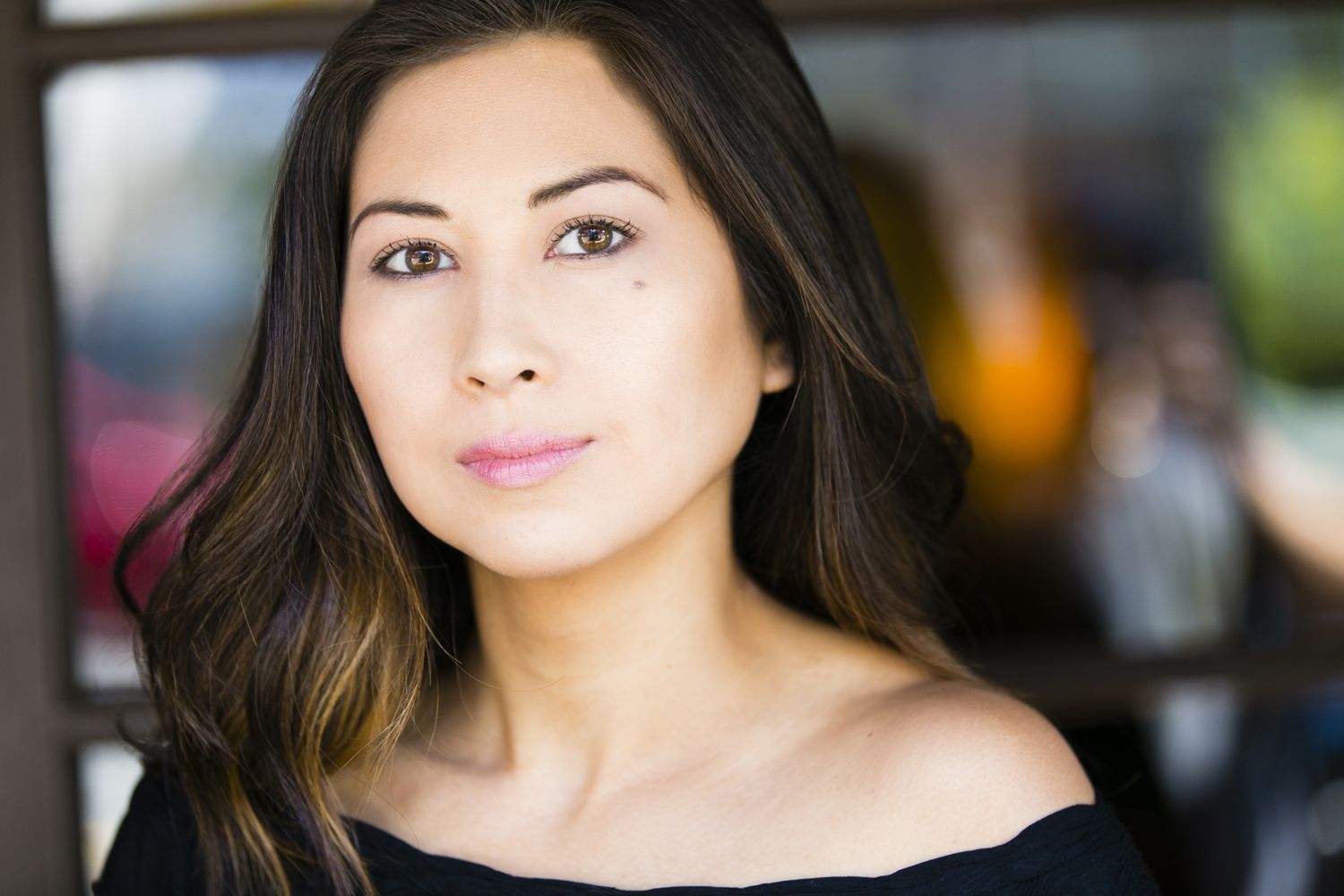 In an exclusive interview, rising star Angela Relucio talks about her big year as she stars in a amazing variety of film and television roles.  During the past television season, Angela co-starred in the CBS drama series “Code Black” and completed the recently released comedy film “Casual Encounters”(casualencountersmovie.com) and further shines in the upcoming limited event drama series “Six” for the History Channel.  Angela is quickly becoming one of those actors that everyone wants to work with and her versatility comes across in her three most recent roles.  She is definitely a star on the rise and it is a privilege that she shares a bit more about her work and what it is like to be a busy, in-demand actor in Hollywood.

In addition to your role as Risa Park in the CBS drama “Code Black,” you have two other projects coming out this summer:  the VOD film “Casual Encounters” and the History Channel special “Six.”  What is the one thing that sparked your interest in each of these? What made you want each of these specific roles?
ANGELA:  When I read the script for “Casual Encounters,” I was able to picture how fun and farcical certain scenes would be. The dialogue was minimal for me, but the humor and absurdity of the situation were more important to me and I knew I’d have room to play with the material. I was excited to explore the role of Kacy because she is just your average woman, but with her own quirks – yes, like the rest of us in real life!

With “Six,” I was interested from the start because the writers and producers had done a large body of amazing work and I knew this would be no exception. Also, the programming History puts out is epic and I wanted to be part of that. I only know a handful of people who are in the military and I’ve always wondered how their professional lives carry over to their personal lives and vice versa. This is explored in “Six.” I was drawn to my character, Lt. Camille Fung, because she is a strong, smart woman in a position of authority and, if you know me, that tends to be what I gravitate towards.

Is there a common denominator or key element you look for in a film or television project?
ANGELA:  I look at who’s involved: writers, directors, producers, cast, crew. That’s because I want to trust the team I’m working with, much like they want to trust their actors, and so that we’re all confident the end product will be something to be proud of.

As a busy actress, what is the secret to juggling so many roles?
ANGELA:  The hard part is juggling acting life with my personal life. Just like with other jobs, I think the key is prioritizing and time management. I set aside time to do “homework” for one role; stop when it’s time to go to the post office and dog park; then back home to work on an audition piece, etc. I cannot live without my Google calendar! Everything goes on it, even my power naps.

When auditioning, are you ever able to gauge whether you have landed a role before actually hearing that you got it? Or is it just a mystery until you get final confirmation?
ANGELA:  I wish I could predict whether or not I got the role after each audition. Sometimes I feel like I’ve knocked it out of the park then don’t hear back. Sometimes I leave feeling I did good work, but that no one in the room looked up from their papers or laughed/cried when they were “supposed” to, and then I’d get good news about the role. There are way too many factors that go into deciding which actor gets the part that it is fruitless to guess the outcome.

When you do land a part, what is your first reaction?
ANGELA:  I yell “Yay!” when I get good news, thank my agent or manager, and God. I immediately check to make sure the dates don’t conflict with another project or a life event like my sister’s wedding (goes back to that Google calendar!), and then I let my dogs give me a congratulatory hug!

What roles tend to stick with you long after you are done portraying the character?
ANGELA:  Typically, when I play a character, I bring my personality to her and hers to mine. After I’m done playing a role, I thank her and let her go. I find it keeps me sane to do this, and lets me settle back into myself. I still take away an important lesson, a memory, a feeling from each project I do though.

What do you think you have learned from your recent work on “Code Black,” “Casual Encounters,” and “Six”?
ANGELA:  On “Six,” learning about the emotional and physical duress that the men of Seal TEAM 6 undergo,and how it affects their home lives has led me to an even deeper appreciation for these guys and for all those who serve in the military. “Code Black” reminded me about how fragile life is and how we shouldn’t take it for granted. We deal with life and death cases on that show, and it’s harsh knowing they are happening to someone somewhere. And “Casual Encounters”? I learned how surprisingly liberating it can be to be nude in front of a bunch of strangers! Ha!

Can fans look forward to seeing you reprise your role as Risa Park in “Code Black”?
ANGELA:  Everything is hush-hush so you’ll just have to tune in!

Do you have any favorite moments or scenes that you got to be a part of last season in “Code Black”?
ANGELA:  So many! I value working in scenes with Marcia Gay Harden and Luis Guzman, not just because they’re brilliant in action, but also because I learn so much from them. I like the scene where Angus (Harry Ford) and Mike (Tommy Dewey) have a brotherly spat that I’m caught between. I also liked being the tattle-tale when Team Mangus decided to do an impromptu thoracotomy. And there’s also the heart-pounding scenes where we operate on Dr. Perello (Christina Vidal). That was a long, grueling shoot day, and I felt like I was in a real O.R.

What was the best part about working on “Casual Encounters”?
ANGELA:  I was on a comedy high working with Taran Killam and getting to improvise. It’s like parking your brain and body on neutral and seeing which direction they’ll take you!

Then for “Six,” what was great about that filming experience?  What stood out for you?
ANGELA:  Many things, but what really stood out to me was the camaraderie on set. The main guys had formed a brotherly bond with one another, naturally, but they were always so welcoming to me. I felt like I was just one of the guys.

What other upcoming projects can you share that to keep an eye out for?
ANGELA:    There are a couple of things on the horizon that I need to get the green light on before I can say anything, but definitely keep in touch with me over Twitter (@angelarelucio) because hopefully I’ll be able to post about them soon!

What are you most excited about right now that you would like to share with your fans?
ANGELA:  There is so much great programming out there coming from network television, cable television and streaming platforms that my queue is bursting at the seams, as I’m sure yours is! I can’t wait to continue being in such shows and movies, and am thankful and excited for you to keep watching.

To see more of Angela’s exciting performances, be sure to check out the film “Casual Encounters,” currently available VOD, and the upcoming History Channel eight-episode drama series “Six,” premiering on Monday, July 18th, and will be reprising her role in the drama series “Code Black,” when it returns Fall 2016 on CBS.