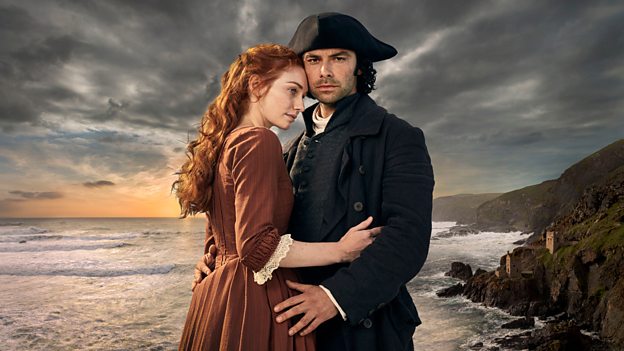 On Tuesday 5 June, the BBC is hosting an exclusive preview of the first episode of hit BBC One drama Poldark in Redruth, Cornwall at the Regal Cinema.

The screening starts at 7pm and fans who want to be in the audience can register for tickets via the BBC Shows and Tours website.

Leo Devine, Head of BBC South West, says: “This exclusive screening is a real treat for fans of Poldark in Cornwall and we’re extremely excited to be welcoming some of the stars of the show to Redruth ahead of its premiere on BBC One. The region plays a starring role and I can’t wait to see what the new series has in store.”

Adapted by Debbie Horsfield from the novels by Winston Graham and produced by Mammoth Screen, the eight part series, starring Aidan Turner as Ross Poldark and Eleanor Tomlinson as his wife Demelza, was filmed across Cornwall, the West Country and locations in London.

In the new series, Ross (Turner) must defend Cornwall from an empowered George Warleggan (Jack Farthing), and risks everything he holds dear as he embarks on a political journey which takes him to the nation’s capital. Demelza (Tomlinson) finds her loyalties torn, Elizabeth (Heida Reed) tries to strengthen her marriage, Morwenna (Ellise Chappell) continues to be oppressed by husband Reverend Ossie Whitworth (Christian Brassington), and the Enyses (Luke Norris and Gabriella Wilde) are tested as never before.

Powerful new characters enter the saga, Rebecca Front (War And Peace, The Thick Of It) is Lady Whitworth, Ossie’s formidable mother and Max Bennett (The Hollow Crown) is Monk Adderley, an unscrupulous society figure who is on a collision course with the Poldarks.

Also back for series four are Harry Richardson and Tom York as Drake and Sam Carne, Beatie Edney as Prudie and Josh Whitehouse as Lieutenant Hugh Armitage, who remains deeply in love with Demelza.