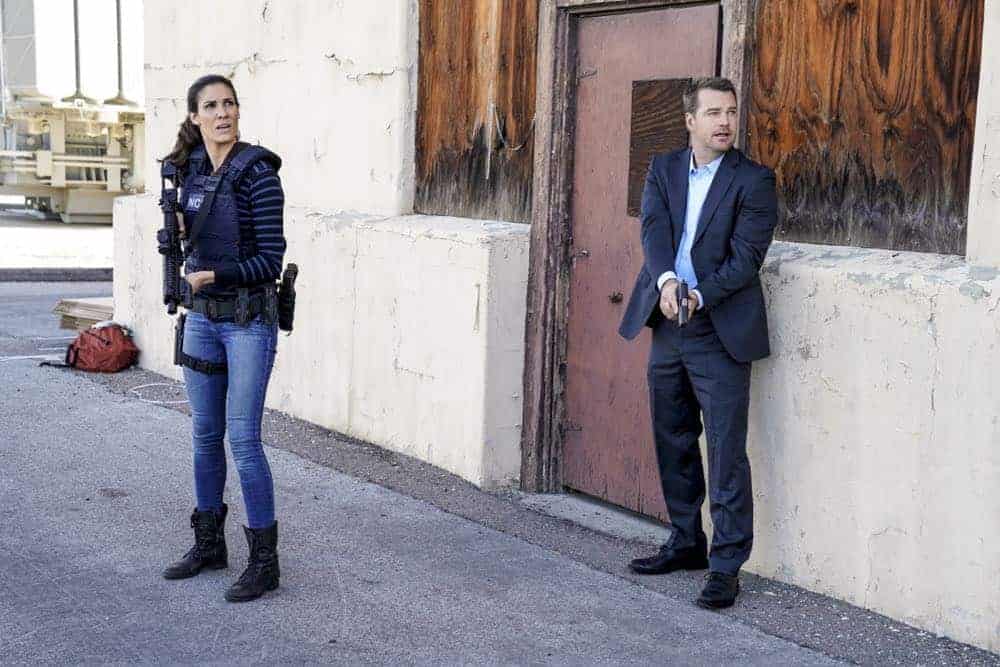 “A Line in the Sand” and “Ninguna Salida” – Sam is shot during a firefight with a cartel, and a suspect reveals new information on the whereabouts of Spencer Williams (Lamont Thompson), the man who kidnapped Mosley’s son five years ago. Despite several team members having grave reservations, NCIS travels to Mexico for a daring mission to locate and rescue Mosley’s son, on back-to-back episodes of the ninth season finale of NCIS: LOS ANGELES, Sunday, May 20 (8:00-10:00 PM, ET/PT) on the CBS Television Network. NCIS LOS ANGELES Season 9 Episode 23/24 Photos A Line in the Sand And Ninguna Salida.

“A LINE IN THE SAND” CREDITS: