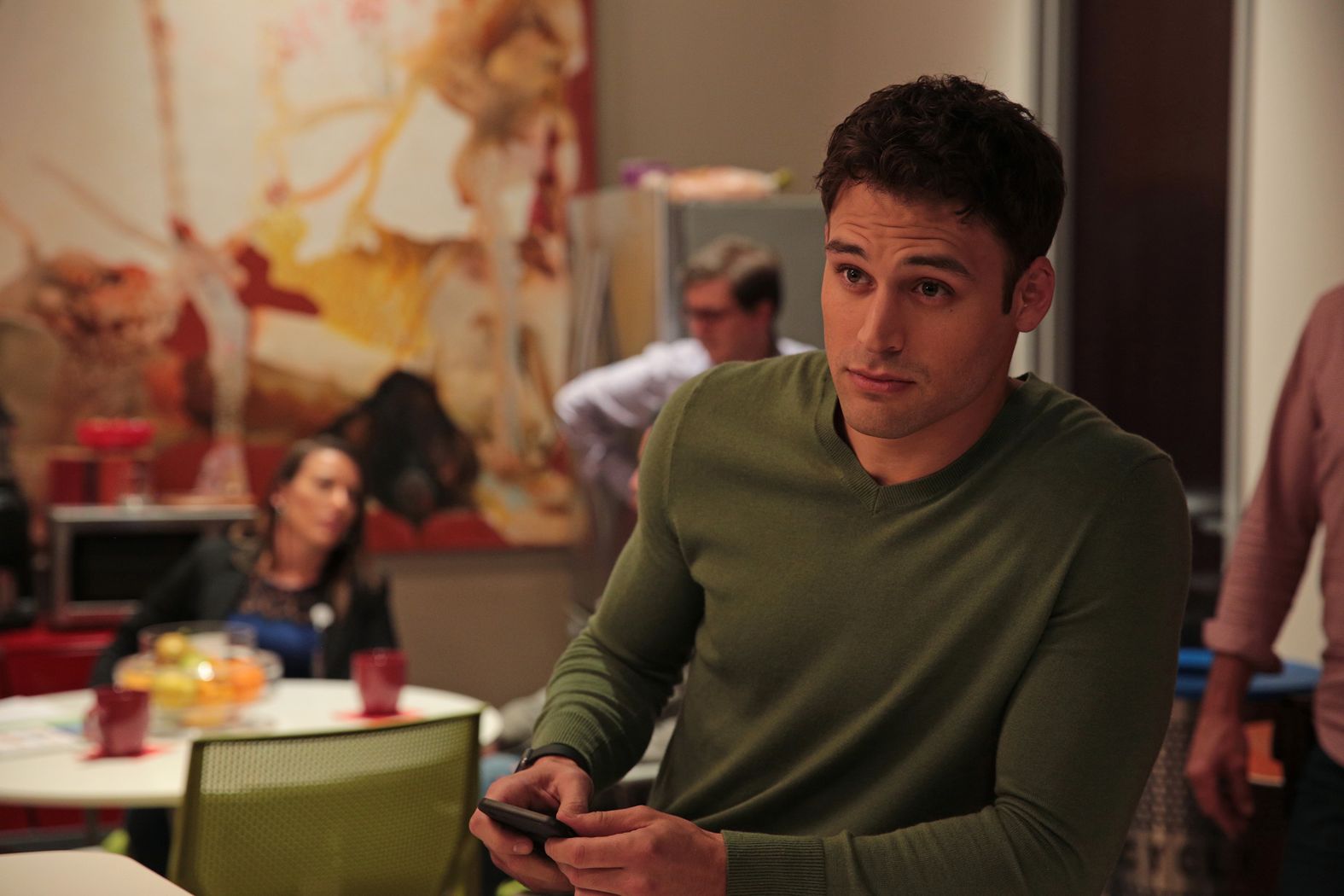 While attending this past summer’s Television Critics Association tour, star Ryan Guzman talked about NOTORIOUS and who he plays in that high-stakes world.

Tell me a little bit about your character that you portray in NOTORIOUS.
RYAN: My character’s name is Ryan Mills. He’s the president’s son of the “Louise Herrick Live” show, which emulates obviously the “Larry King Live” show. He’s kind of an entitled kid who thinks the world kind of owes him something, but he wants to prove something on his own. So he takes this P.A. job under Piper Perabo’s character and it’s a really interesting role because he starts doing things that nobody else will do. And he just doesn’t think the laws apply to him.

He also seems to team up a little bit with Aimee Teegarden’s character Ella pretty quickly.
RYAN: [Laughs] I mean, who wouldn’t?! She’s gorgeous. If I saw that kind of lawyer, I would be like, “Yeah, let’s go!”

But I don’t think it’s just a flirtation. I think he sees her as an asset.
RYAN: Oh, for sure. It’s always proving himself to Julia — Piper’s character. So it’s more about collecting enough material to progress and become Julia. And Ella just happens to fall in line.

Why does he want Julia’s job?
RYAN: Actually that’s a specific note in the TV show. I just did a scene that gave reason to why he wants to be Julia. You will find out. Episode two, I think.

So why did you want this role? Why did you want to be on this show?
RYAN: It’s a very thought-provoking show. I mean it’s sexy. It’s thrilling. It makes you really kind of look at the media as normal people and doing normal jobs. Just kind of reflecting what everybody else does, so that they can see themselves. So to see behind that mirror and see what they are actually doing and all the naughty little things they guys do. It’s really interesting to see that lifestyle and dissect it.

Would you say the men kind dance around the women on this show? It seems like Josh wrote the show specifically to empower women and make the men the tools they use. Does it feel like that?
RYAN: Not at all. I don’t think there’s any reverse-sexism or anything in it. I think you have two superpowers based off of two actual superpowers — Wendy Walker and Mark Geragos. So you have Daniel Sunjata, who’s incredible in the show, and Piper Perabo, who’s doing an amazing job as Wendy –I think it’s more like gladiators. I kind of watch these two massive gladiators go against each other head to head and it’s a beautiful thing to see.

What will be coming up for your character? Does he have like a big plan or is he more of an opportunist?
RYAN: Oh, he’s a big opportunist. But at the same time, he’s a very hard diligent worker and — like I said — the rules don’t apply to him. So he finds himself working outside the box, thinking outside the box which gets him in a lot of trouble.

Does he get himself out of a lot of trouble?
RYAN: [Laughs] I think he lives in the trouble. Chaos is his kind of like realm. And that’s again what I like about this character. He’s more of a Jake Gyllenhaal Nightcrawler-guy, soon to be found. He just doesn’t know that kind of passion is there yet.

What is the one quality you most admire about him?
RYAN: His willingness to become different and change. Because a lot of people don’t have that. It takes a lot of hard work to change who you are, especially if you’ve been a lazy, lethargic, you know, entitled kid. So this character is proving others wrong by proving his worth in himself.

How would you describe the way he views his boss Julia (Piper Perabo)?
RYAN: Iconic. That’s a hero to Ryan. Again, it’s something you learn later on why. Again it’s one thing that Josh Berman and Allie Hagen and all the beautiful writers do — they give power to this incredible woman, Julia, and through a male’s perspective which is not really seen too much. It’s more like you get to look at women not as a sex symbol or something like that, but to see someone that is truly radiant and good at her job and just amazing, which is what a true woman is anyway, is empowering. It’s amazing.

He just wants to be her.
RYAN: Exactly. This guy wants nothing but to be Julia George and there’s nothing wrong with that.

He’s got a lot of learning to do.
RYAN: Oh man. In a very short time too!