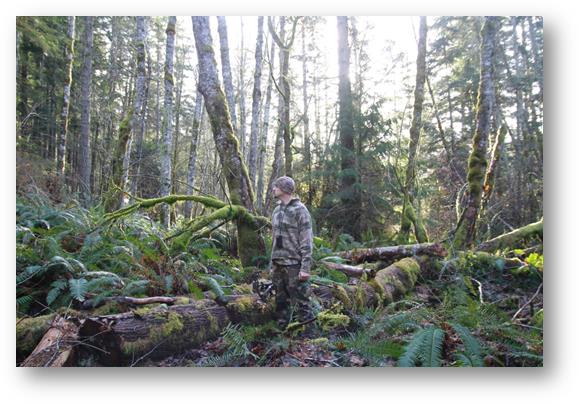 Deep in the heart of Washington’s Olympic Peninsula is home to one of the country’s last great forests – one so massive and diverse that it has been called America’s “Last Untamed Wilderness.” With land stretching over 2,000 square miles and filled with some of the rarest and most ancient trees on earth, this vast forest hides dark secrets, including an illicit underground black market of natural resource theft. However, Sheriff’s deputies throughout the region have sworn to protect their communities and the forest at all costs. Follow the deputies who risk it all to battle a rising criminal underground on new series DARK WOODS JUSTICE premiering Tuesday, June 7 at 10:00 PM ET/PT on Discovery.

The Olympic Peninsula grows trees so valuable and coveted that poachers are risking prison time and their lives to steal them. Known for the intricate pattern of wood, trees like the Western Big Leaf Maple bring in millions as their wood is used to create the highest end guitars and other musical instruments. The dwindling supply has triggered a black market, sending a wave of poachers deep into the last great forest of America, but Jefferson County Deputy Adam Newman and his fellow deputies are determined to put a stop to the forest destruction and the criminal activity fuelling it.

In addition to protecting the vast wilderness across the peninsula, deputies like Detective Jeff Rhodes from Mason County are presented with the challenge of finding missing persons in the vast expanse of the forest. Despite the harsh terrain, searching for answers is a battle that local law enforcement never stop fighting.