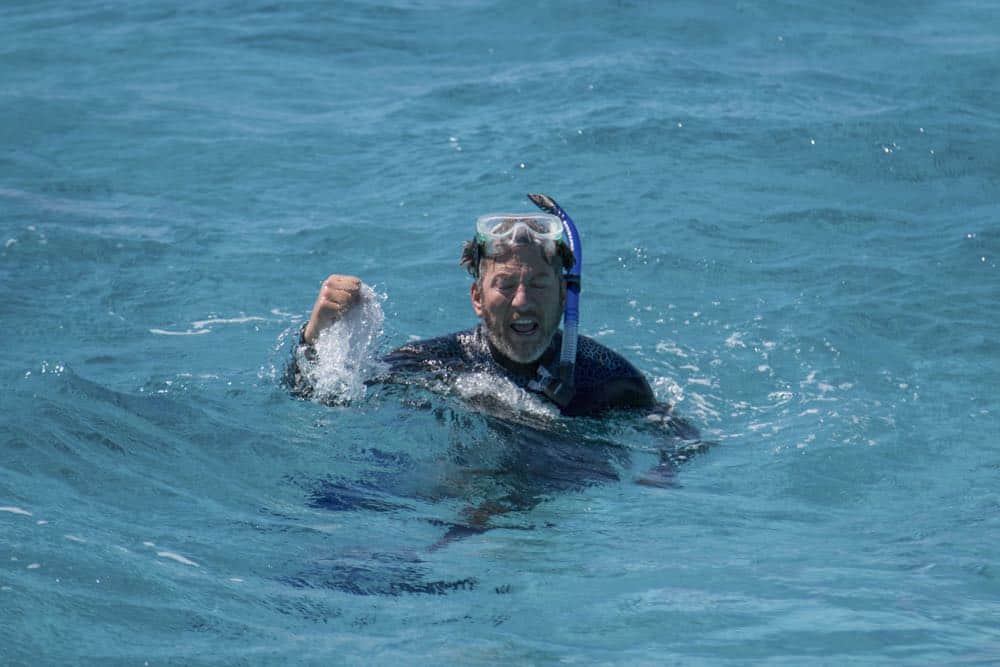 Darrell Miklos, treasure hunter by trade and by birth, sets out once again to unearth sunken riches in an all-new season of COOPER’S TREASURE. Armed with a treasure map created from space over 50 years ago by NASA astronaut Gordon Cooper, Darrell sets out to the blue waters of the Bahamas to track down the whereabouts of 11 wreck sites potentially worth billions, loaded with silver, gold and other priceless treasures.

Barrel Hoop City | Cooper’s Treasure Friday, June 29 at 9pm ET/PT on Discovery Channel.  Darrell finds a swarm of barrel hoops (formerly attached to barrels on ships) that indicate they are hot on the trail of a shipwreck.

Considered one of NASA’s original space pioneers, Gordon “Gordo” Cooper gathered troves of information while orbiting the planet in the 1960s. Among his findings were more than 100 anomalies in the Caribbean, which he secretly transcribed onto a map that he believed could reveal vast amounts of treasure. Before his passing, Gordon shared his secret with long-time friend Darrell Miklos, in the hopes that Miklos would be able to continue his work – and recover the many treasures he identified.

Last season, Miklos located a shipwreck possibly tied to Christopher Columbus using Cooper’s intel. But within hours of finding the wreckage, a rival treasure hunter made a competing claim and the government shut down the hunt, tying up Miklos’s search for years.

After discovering photos of the Bahamas in Gordon’s files and a list of eleven wreck sites that Gordon himself tracked, Darrell sets sail with new clues, high tech gear, and a team of experts, including shipwreck recovery specialist Eric Schmitt, marine archeologist Jim Sinclair, and survey expert Mike Perna, to finish the hunt Gordon started decades ago. The expedition leads to incredible finds including gold coins, gold ore, and dozens of priceless artifacts from a multitude of historic wrecks – potentially the richest and most historic discoveries of Darrell’s career.

Viewers can catch up on past seasons of COOPER’S TREASURE on the Discovery GO app.