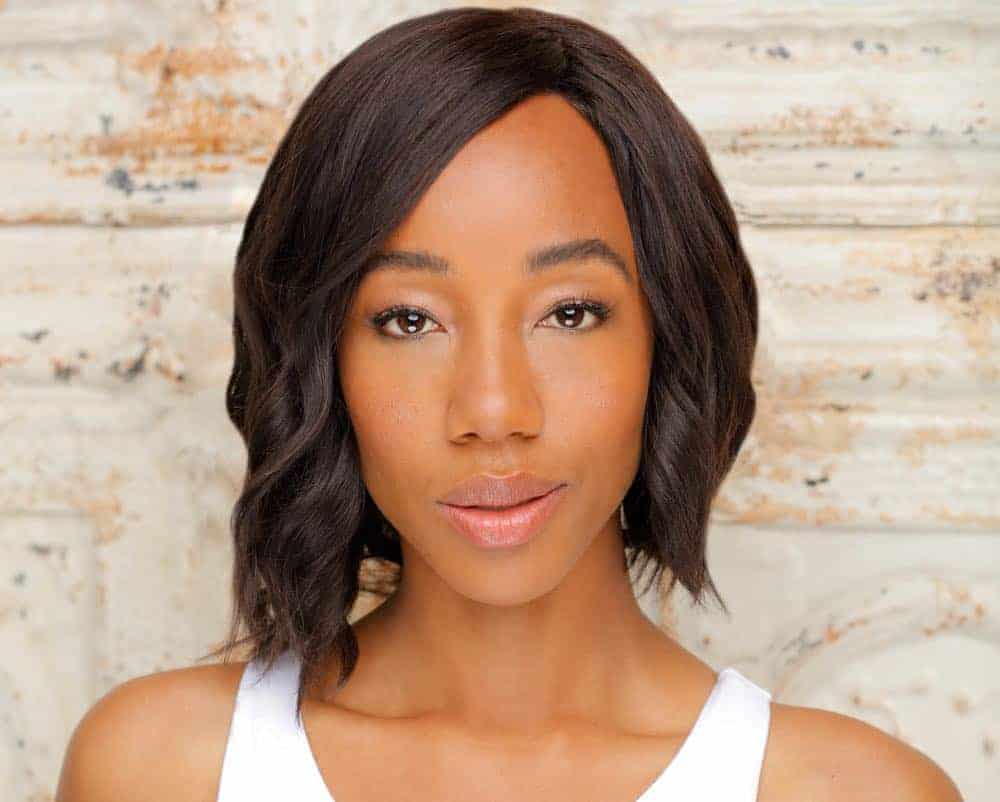 With her new series LITTLE SISTA, Charmaine Bingwa tackles the joys and challenges of being a “big sister” in a court-ordered program to aid an at-risk youth.  As in life, there is plenty of comedy to be seen when a free-spirited, self-determined woman sets about being an example to the younger generation.  Honored by the LGBT Toronto Film Festival with the Best Screenplay Award, LITTLE SISTA is brought to life by Charmaine Bingwa, who wrote, produced, directed and starred in the series, which she was inspired to created based on her own personal experiences in the Big Brother, Big Sister program.  In an exclusive interview, Charmaine happily shares the wonderful elements that came together to bring LITTLE SISTA to life on screen.

What was the initial inspiration for you to write and star in LITTLE SISTA?
CHARMAINE:  I was having breakfast with a friend and I was telling him about how I was a mentor in the Big Brothers, Big Sisters program and he was like “WTF, you??!!” I couldn’t get past how funny the reversal of expectation was for him, so I headed to my laptop and a week later I had written a series!

How would you describe who your character Charmaine is?
CHARMAINE:  Self-absorbed, terrified of commitment and supremely irresponsible. But she is also uninhibited, impulsive and hilarious!

What do you admire about her?
CHARMAINE:  That she gives zero f*cks. Not caring what people think is the ultimate in liberation for me. And that she ultimately ends up doing the right thing, in her own way.

What is it like working alongside Neila Manson, Nicole Carney, Tsu Shan Chambers, Jaqueline Marriott and Neel Kolhatkar on LITTLE SISTA?
CHARMAINE:  What powerhouses! As the director, I hand-picked them all. Neila is so cute, yet nuanced and has a dynamite edge to her. Nicole is amazing, she was so committed to playing a drug-addled mother, she spent huge amounts of times in rehabs to truly understand the characters innards. Tsu Shan Chambers had me in stitches, she is truly the joke machine of the show – great timing! Jac Marriott is one of the finest actors I’ve ever worked with and Neel is just a bloody funny bugger! They bring Little Sista to life in the most badass way possible! You can check out more of what the cast had to say about the show here: https://www.youtube.com/watch?v=lQr-mocS9bM

How would you describe the dynamic between all your characters?
CHARMAINE:  Lucy (Neila Manson) and Talia (Jac Marriott) are the only sane characters in the show and the audience sees the world through their gaze. Everyone else is bonkers! I feel like the real relationships are Lucy teaches Charmaine to care again, Talia teaches Charmaine’s love again, Esther is a mother figure to Charmaine and Katherine is in her own world.

What has been perhaps one outstanding scene that you are grateful to have brought to life on screen for the series?
CHARMAINE:  That would have to be the school hall performance in episode 3 when Charmaine reluctantly decides to perform at the Mother-Daughter day. Closely followed by the ‘punched in-the-butt’ scene in episode 5.

What challenges have you faced creating/working on the show and how did you overcome them?
CHARMAINE:  The main challenges, as is the case with most productions, was time and money. We shot the whole series in just 12 days, so there were times that we had to cut scenes. We usually only had 1-2 takes on each shot, which we couldn’t do without such strong talent. And there were weird daily challenges like the fact that the rock in Voodoo Mom’s lair wouldn’t fit through the door, so we had to hoist up several stories and bring it in through the window!

Has LITTLE SISTA left an impression on you in your life?  If so, in what way?
CHARMAINE:  It truly has. It’s reminds me of how much fun life is and not to take it too seriously. It reminds me that being vulnerable is one of the bravest things you can do in life, and no matter how much hurt you experience – keep on opening your heart.

Then what has been the one thing you haven taken away from the experience of working on LITTLE SISTA?
CHARMAINE:  I’ve become such a competent filmmaker and an informed actor as a result. And that is worth its weight in gold.

What is your proudest achievement working on LITTLE SISTA?
CHARMAINE:  It would be managing a production of that size and the opportunities the show has been able to create for the people involved. We had 35 actors, 35 extras and 17 crew members. I’m so proud that all the leads are females and 64 people involved in the production were female. I’m also super proud of how we normalized same-sex relationships and putting diverse actors on screen.

You also worked on “Nekromancer.” What did you appreciate most about that experience?
CHARMAINE:  It was one of my most favorite days on set because the film is so otherworldly. My favorite part was that I got to do my own fight scenes. I loved the challenge of having to copy Monica Bellucci’s speech patterns too!

What has surprised you most about your career so far?
CHARMAINE:  Everything. A couple of years ago I used to work for a bank, now I live in Hollywood and make and act in films for a living.

At this stage of your career, what do you think you have learned from the roles and projects you have worked on?
CHARMAINE:  That storytelling can change the world and nothing resonates more strongly in people’s hearts than the truth.

Then what are the perks of where you are in your career right now?
CHARMAINE:  The types of roles I get to work on so juicy and layered. And also, there is a lot of freedom in this moment I am in, which I have been relishing by exploring things like writing, directing and producing.

Has there been any great advice you have gotten about working as a writer/actor/content creator?
CHARMAINE:  Dreams without a plan is just a wish. Get it done and judge the work later.

What advice would you offer to other upcoming and aspiring content creators?
CHARMAINE:  Get as much production experience on other sets as possible and find other people who have done it and ask them about their experience. I found so many people wanted to impart their wisdom and knowledge and it can really help you avoid costly mistakes.

At a time when women’s voices are rising to be heard and respected around the country and world, what do you recommend your fans do to lend support in that endeavor?
CHARMAINE:  To share. Share what your experience of being a woman is to those around you. If you have a story, write it. If you have a song, sing it. If you have a poem, speak it. The more we do that, the more we raise our voices, and the more we cement our validity in the world….

Do you have any other upcoming projects that you can share that fans should keep an eye out for?
CHARMAINE:  I’m working on a brilliant LGBTI short called “Cairos” written by Zach Paul Brown, that has already won awards for Best Screenplay. I’m excited to be playing the role of Lee and to be part of something I think will be spectacular.  LITTLE SISTA is available on revry.tv  in July 2018.

LITTLE SISTA  premieres on The Revry network on July 6, 2018. “The Pitch” was released on June 1, 2018 and “Nekromancer’s” release date is TBA.  To learn more about LiTTLE SISTA and Charmaine’s career as it continues to grow, be sure to follow Charmaine on Twitter @charmainebingwa and all her other social media accounts for the latest information and sneak peeks.