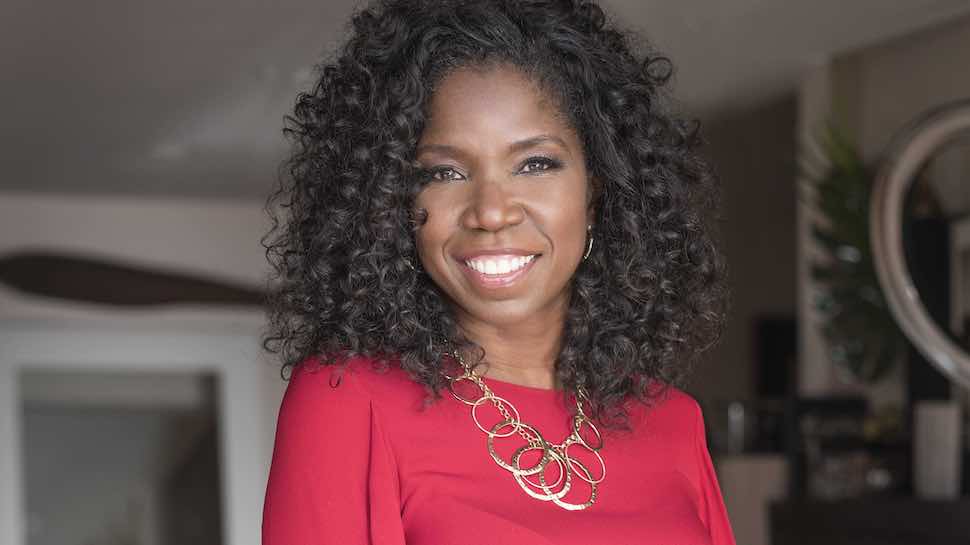 With confidence that radiates through her performances on screen, Nicki Micheaux approaches her roles and craft tenaciously. From TNT’s ANIMAL KINGDOM to USA Network’s COLONY to CBS’ S.W.A.T. and more recently Freeform’s GOOD TROUBLE, Nikki has brought an intriguing array of characters to life on screen. In GOOD TROUBLE, Nicki portrays a mother seeking justice for her son. It requires layers of pain and life melded into steel in a woman’s heart grieving for her son and yet haunted by his untimely death. In an exclusive interview, Nicki talks about what has drawn her to this complex role and how she continues to be drawn to characters whose stories matter.

What was the initial appeal of portraying Sandra Thompson and working on GOOD TROUBLE?
NICKI: I very much wanted to be a part of stories dealing with the criminal justice system. Also, I liked how they were going to really delve into this woman and not just leave it at the headlines.

How would you describe who Sandra is?
NICKI: Sandra is a woman running a small business. Divorced mother with only one son, who was gunned down by police.

What do you most admire about her?
NICKI: She’s persevering and fighting for justice for her son. Even though it’s been an uphill battle, she doesn’t quit. Sandra’s son’s shooting spurs her to pursue justice for him.

What is the hardest part about portraying a mother caught up in a case that seems to be determined more by politics and less about justice?
NICKI: I think the hardest part is that I know this tragedy that I’m “playing” is so very real. And we are such a long way from solving it.

Then what is it like working alongside such a fun ensemble on GOOD TROUBLE?
NICKI: It’s great being surrounded by friends who feel like family. It’s a very welcoming group!

Has there been anything that has really thrilled you while working on GOOD TROUBLE?
NICKI: In one of our final episodes we were joined by the Co-Founder of Black Lives Matter for one of our protest rallies. That was an incredible moment.

Have there been any challenges that you had to work with that the show still managed to pull off?
NICKI: Balancing my recurring roles on a few shows. Traveling out of town and still being there for my kids when they need me. It’s the same with all mothers I imagine. Balancing work and life!

What do you think you have learned from working on GOOD TROUBLE? You have also appeared on “S.W.A.T” as Leah Jenkins. What have you appreciated about that role and working on the show?
NICKI: I love being reunited with my Shield family. It’s great to work with people you’ve known for so long. The role is also fun because I get to give the young hot shot on the show, played by Alex Russell, a hard time.

You also appeared in USA Network’s drama series COLONY. What can you share about that role and working on that show?
NICKI: It’s a great mystery, that show. I play Michelle, and you can’t tell if she’s one of the good guys or not. I got to work with Sarah Wayne Callies on that show. She’s the best.

At this stage of your career, what do you think you have learned from the roles and projects you have worked on?
NICKI: Certainly I learned a lot about the human condition — the strength that is in us, if only we tap into it. I also feel that I’ve learned to have a great deal more empathy and patience with people because so many of us are dealing with a lot under the surface.

Then what has surprised you most about your career so far?
NICKI: When I started after college, I was just trying to make a living. I never imagined I’d be able to be a part of shows that have had an impact.

What are the perks of where you are in your career right now?
NICKI: I love playing the various characters. Never a dull moment.

Has there been any great advice you have gotten about working as an actor?
NICKI: Before I moved to LA, a director told me, “No one ever fails in Hollywood — they quit.” The message I took from that was: “Don’t give up.”

What advice would you offer to other upcoming and aspiring actors?
NICKI: I’d say start creating the films and plays you want to be in. Be creative. Join up with your friends and make great art.

At a time when women’s voices are rising to be heard and respected around the country and world, what do you recommend your fans do to lend support in that endeavor?
NICKI: Support women’s arts. Support each other at home. Support the women in your life to be heard.

Do you have any other upcoming projects that you can share that fans should keep an eye out for?
NICKI: Yes! IN THE DARK will be coming up on the CW.

All new episodes of GOOD TROUBLE air Tuesday nights at 9:00 p.m. on Freeform and the CW’s new drama series IN THE DARK premieres Thursday, April 4th at 9:00 p.m. Both shows can be followed on Twitter at @GoodTrouble and @CWInTheDark. You can also follow Nikki as her career continues to grow on Twitter @NickiMicheaux.