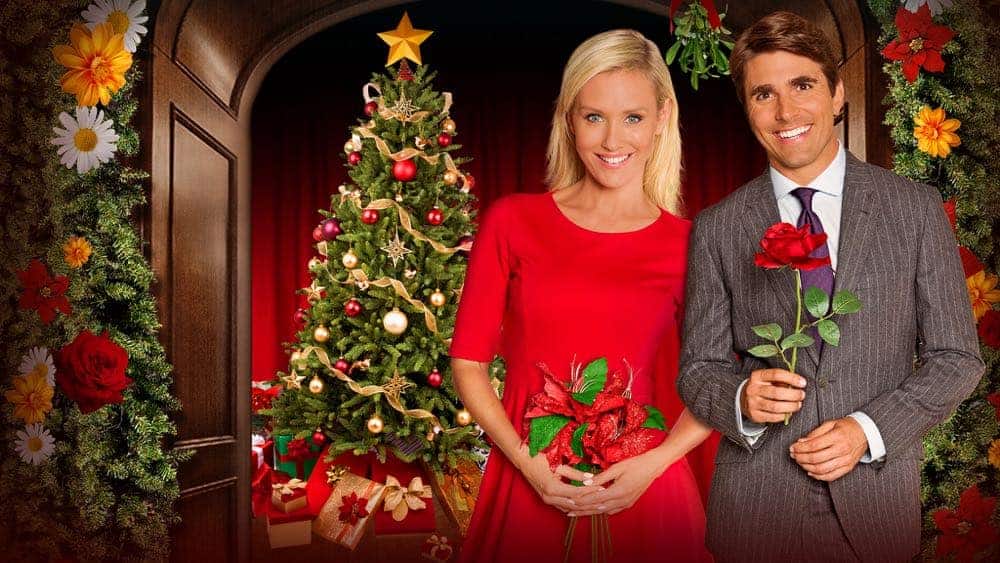 Full of zest and love of life, Nicky Whelan brings that boisterous combination to her latest role in the Lifetime film “A Christmas Arrangement” where she portrays Poppy, a florist on the brink of discovering love this holiday season. In an exclusive interview, Nicky talks about the fun she had working on this film and how blessed she has been as her career continues to grow.

What was the initial appeal for you about portraying your character Poppy and working on Lifetime’s “A Christmas Arrangement”?
NICKY: I have done Christmas movies in the past and they’re always such a pleasure to shoot . This one in particular was shooting in Los Angeles and it was being produced by a company who I’ve worked with before Ninth House Films. I love working with these guys. The script was really sweet and cute and had great cast attached.

How would you describe who your character Poppy is in the film?
NICKY: She’s really driven motivated and kind-hearted florist. She’s trying to keep her inherited business afloat. She’s very kind character, but she has a fiery spirit.

What do you most admire about your character Poppy?
NICKY: She’s fair and she’s kind but she’s also very strong and won’t take shit. She chooses to do the right thing throughout the entire movie and everything works out for her in the end. She chooses to stay in The Light!

What is it like working alongside Miles Fisher on “A Christmas Arrangement”?
NICKY: Love Miles!!!!! Absolutely fan of all his past work!!! He’s very talented very funny and is a good man. It was really easy to work with him. We had a lot of laughs on set.

How would you describe the dynamic between your character Poppy and Garrett?
NICKY: There are two really good people with good hearts who are up against some challenges in their personal life. Both of them are very strong and competitive, which is what creates such a lovely dynamic between the two. But I think deep down they both looking for love.

Any favorite scenes that you can share from working on the film?
NICKY: I loved shooting the bigger scenes at the florist competition. Most of the cast were on set those days and, if you look at my Instagram, you will see that we had way too much fun on set. Everyone gets involved and we have dance offs between takes.

What about working in a flower shop seems to inspire romance?
NICKY: Well, flowers in general are romantic. I’ve been lucky enough to receive a couple of bunches in my life and I just think they warm up a woman’s heart. I’m also a big fan of sending flowers especially to my girlfriends and family over birthdays. There’s something old school and traditional about finding a bunch of flowers on your doorstep. I think it mixes beautifully with the Christmas movie.

What challenges did you face working on the film and how did you overcome them?
NICKY: There were no challenges making this Christmas movie it is always a delightful process. Each day, each scene is filled with so much fun and laughs. I really enjoyed the process.

Then has working with Lifetime left an impression on you in your life? If so, in what way?
NICKY: I’ve done Lifetime movies before and the thing I think I love most about them as they’re open to new ideas constantly and concepts. And they show great appreciation for their actors.

Then as an actor, what has been the one thing you haven taken away from the experience of working on “A Christmas Arrangement”?
NICKY: It was a beautiful process I love to make a Christmas movie once a year. This particular movie has introduced me to some lifelong friends and I think people will really love it. It’s very sweet and cute.

What has surprised you most about your career so far?
NICKY: I think the thing I’m most grateful for that has definitely surprised me is the variety of work I’ve done. I go from comedy to playing at thriller, where I kill people, to a Christmas movie where I couldn’t be a more kinder happier character. I’m so grateful that people continue to cast me in huge variety of characters. Makes my job delightfully challenging!

At this stage of your career, what do you think you have learned from the roles and projects you have worked on?
NICKY: It’s bizarre industry that is constantly changing. I continue to be very grateful for the roles that I book. But I also do not let my work define me or who I am. My personal life and my family very important to me.

Then what are the perks of where you are in your career right now?
NICKY: The past year and a half I’ve shot five movies. I was the lead actress in all of them and they have been direct offers. I must say that has been extremely warming, because I’m not a huge fan of auditions!

What has been your proudest achievement as a working actor at this point in your career?
NICKY: The thing I’m most proud about is my consistency. I’ve been in Los Angeles for 12 years and I have worked consistently. Some small jobs some big jobs all of been a wonderful experience and lead to other things. I really believe that not giving up and being consistent is the key.

Has there been any great advice you have gotten about working as an actor?
NICKY: I think the best advice I’ve been given is that — acting isn’t booking one big movie and then being famous. It’s a life long journey of ups and downs instead of trying to raise to some sort of finish line. Just breathe and enjoy the roller coaster.

What advice would you offer to other upcoming and aspiring actors?
NICKY: Try to find the balance between being extremely disciplined in driven and also not giving a shit — and somewhere in between the two — there’s a happy place.

At a time when women’s voices are rising to be heard and respected around the country and world, what do you recommend your fans do to lend support in that endeavor?
NICKY: When women come together and support each other, I really believe there’s no more powerful energy in this world. So I always tell women to do your personal work — respect yourself, love yourself and be kind to other women because when we rise the rest will follow.

Do you have any other upcoming projects that you can share that fans should keep an eye out for?
NICKY: I have several movies coming out next year on lifetime in Netflix.

To see how the Christmas joy is found and shared in “A Christmas Arrangement,” be sure to tune in for the premiere on Wednesday, November 21st at 9:00 p.m. on Lifetime and also be sure to follow both @LifetimeTV and @NickyWhelan on Twitter for more sneak peeks and information about the film.