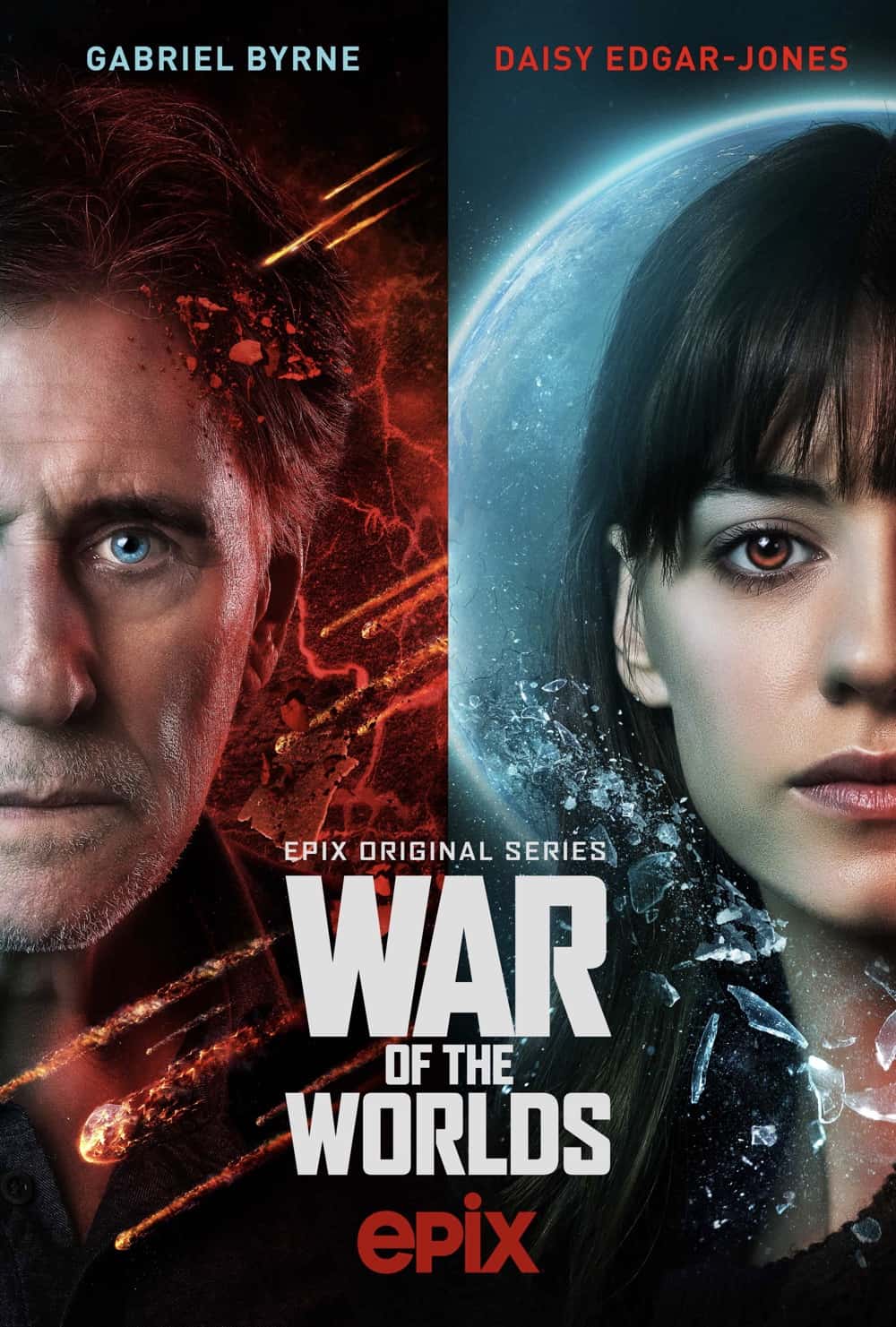 War of the Worlds, written and created by BAFTA Award-winner Howard Overman (Misfits, Crazyhead, Merlin) of Urban Myth Films will premiere its eight-episode second season on EPIX on June 6 at 9pm.

In the first season of War of the Worlds, an alien attack all but wiped out mankind, with just a handful of humans fighting to survive.  And no one felt more rocked by the invasion than Emily (Daisy Edgar-Jones), who discovered she may have her own strange personal connection to the aliens.  Season two of War of the Worlds sees our characters left reeling by the possibility that the invaders could be human. A tense fight to take back the planet awaits them. For some, the sheer desperation to survive will lead them to contemplate sacrificing one of their own…

Distributed internationally by STUDIOCANAL, the drama series is executive produced by Howard Overman, Julian Murphy and Johnny Capps for Urban Myth Films. War of the Worlds was produced with support of Welsh Government funding through Creative Wales. The second season of the contemporary adaptation sees Richard Clark return to direct episodes 1-4; Ben A. Williams directs episodes 5-8.

War of the Worlds is produced by Studiocanal-backed Urban Myth Films, in partnership with CANAL+ and FOX.

EPIX ®, an MGM company, is a premium television network delivering a broad line-up of quality original series and documentaries, the latest movie releases and classic film franchises – all available on TV, on-demand, online and across devices. EPIX ® has tripled the amount of original programming on the network and has become a destination for original premium content with series including Godfather of Harlem, starring and executive produced by Forest Whitaker; Pennyworth, the origin story of Batman’s butler Alfred; as well as upcoming premieres of drama Chapelwaite, based on the short story Jerusalem’s Lot by Stephen King and starring Academy Award winner Adrien Brody; season two of War of the Worlds, from Howard Overman and starring Gabriel Byrne and Daisy Edgar-Jones; western adventure series Billy the Kid; docuseries Fall River, from Blumhouse Television; Sci-Fi horror series Fromproduced by Midnight Radio and AGBO; sweeping historical drama Domina; season two of acclaimed spy thriller Condor, season three of epic fantasy drama series Britannia; and docuseries Fiasco, based on the podcast of the same name.Other originals include Emmy®-nominated music docuseries Laurel Canyon; docuseries NFL: The Grind, from NFL Films and hosted by Rich Eisen; Belgravia, from Julian Fellowes, Gareth Neame and the creative team from Downton Abbey; dramedy Bridge and Tunnelwritten and directed by Ed Burns; docuseries Helter Skelter: An American Myth, executive produced and directed by Lesley Chilcott; By Whatever Means Necessary: The Times of Godfather of Harlem; and Enslaved featuring Hollywood icon and human rights activist Samuel L. Jackson. Launched in October 2009, EPIX® is available nationwide through cable, telco, satellite and emerging digital distribution platforms as well as through its EPIX NOW app, providing more movies than any other network with thousands of titles available for streaming.