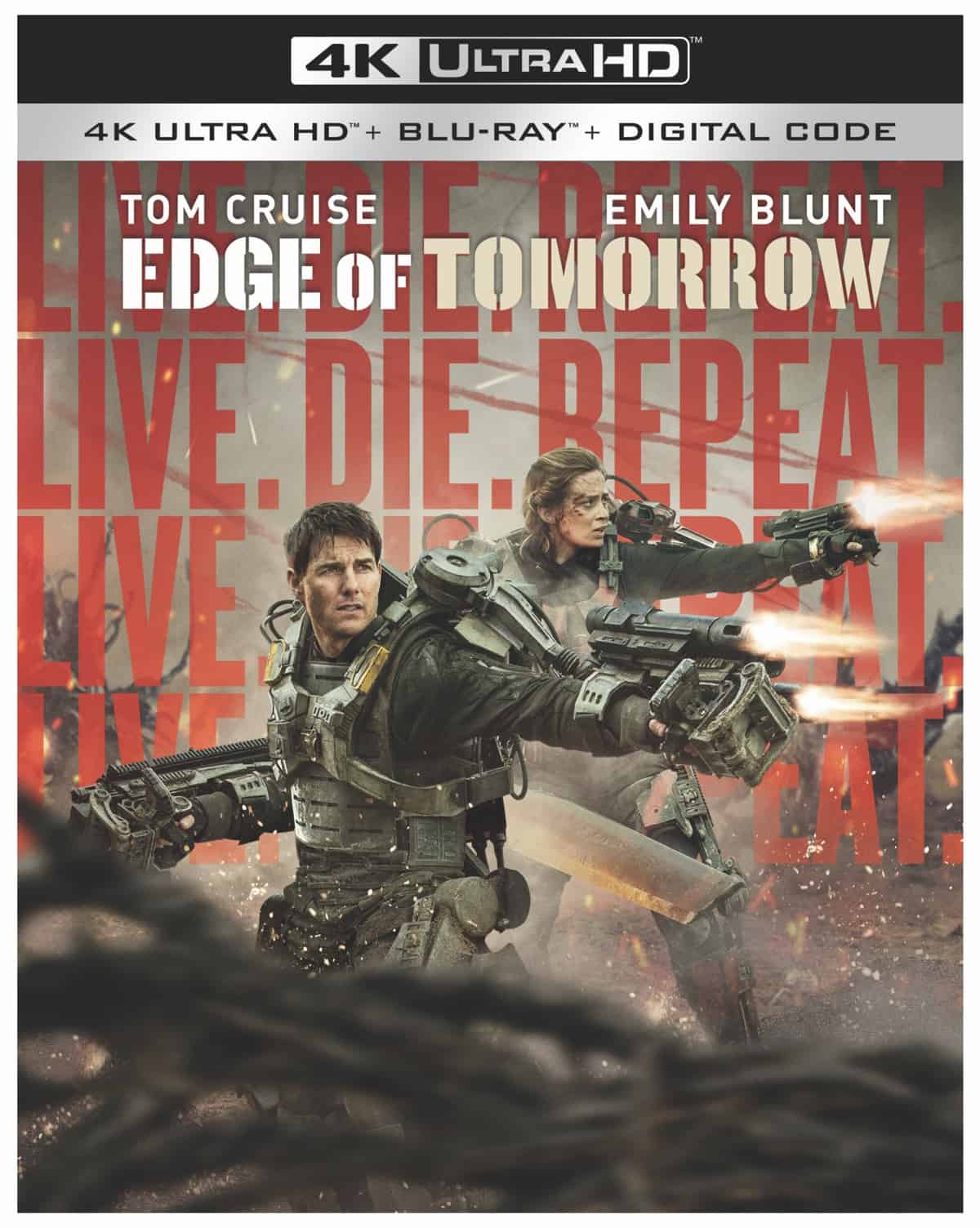 Edge of Tomorrow, starring Tom Cruise and Emily Blunt and directed by Doug Liman, will be released on Ultra HD Blu-ray Combo Pack and Digital on July 5, it was announced today by Warner Bros. Home Entertainment.

An alien race, undefeatable by any existing military unit, has launched a relentless attack on Earth, and Major William Cage (Tom Cruise) finds himself dropped into a suicide mission. Killed within minutes, Cage is thrown into a time loop, forced to live out the same brutal combat over and over, fighting and dying again and again. Training alongside Rita Vrataski (Emily Blunt), his skills slowly evolve, and each battle moves them a step closer to defeating the enemy in this intense action thriller.  ​

On 7/5/22, Edge of Tomorrow 4K UHDwill be available to own for streaming and download to watch anywhere in high definition and standard definition on favorite devices from select digital retailers and will be made available digitally on Video On Demand services from cable and satellite providers, and on select gaming consoles.